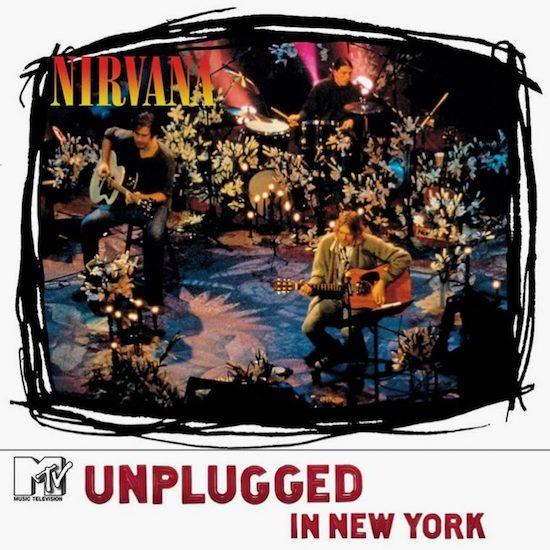 Nirvana’s landmark album, “MTV Unplugged in New York,” turned 25 this week. The prolific band’s final release, recorded a mere four months before the death of frontman Kurt Cobain, cemented the band’s legacy not just as the pioneers of grunge rock, but also as a cultural phenom that lives on in the hearts of listeners today.

Within the limited scope of Nirvana’s releases, “Unplugged” is a standout. Its acoustic instrumentation reveals Cobain’s piercing vocals, each note cutting through the calm of the intimate performance. Along with the standard lineup of Cobain on rhythm guitar, Krist Novoselic on bass, and Dave Grohl on drums, the album also featured regular Nirvana session guitarist Pat Smear and cellist Lori Goldston. Members of the sludgy alternative rock band, the Meat Puppets, joined in on three of their songs: “Plateau,” “Oh Me,” and “Lake of Fire.”

For me, a decently awkward and overly angsty middle schooler, Nirvana felt like a godsend. The blistering energy of songs like “Stay Away” and “School,” as well as the existential woe of “Pennyroyal Tea” and “Lithium” spoke directly to the (admittedly superficial) frustrations of my early adolescence. It wasn’t until I found “Unplugged,” however, that I felt like I finally knew Nirvana. In sharp contrast the unbridled rage of “Bleach,” the pseudo-commercial, polished sound of “Nevermind,” and even the sophisticated and tortured themes of “In Utero,” “Unplugged” is strikingly honest. By the time I pressed play, Nirvana had been gone for almost two decades, and yet here they were, right in my face. It felt like Kurt was speaking and singing only to me, just as it had for the millions of others who so cherished this album.

Scathingly personal and heartbreaking in its intimacy, each song off the album is heard for what it is. No distortion pedals or raging drums obscure the meaning in every lyric and riff — even Novoselic’s bass is acoustic. Instead, the music is inescapably present. It’s in your face, not because of its rage or volume, but precisely because of the lack of it. There’s nothing to listen to but music in its purest form. Even “Come As You Are,” the only real mainstream hit to receive the “Unplugged” treatment, cut deeper as Cobain’s vocals broke under the weight of each lyric. On “Pennyroyal Tea,” Cobain sings about the desire to “distill the life that’s inside of me,” and there is no choice but to believe him. “The finest day that I ever had / Was when I learned to cry on command,” he sings in “On A Plain,” his performance so bare that he has no way to hide.

Tragically, with 25 years of “Unplugged” also comes the 25th anniversary of Kurt Cobain’s death. The live performance — its stage draped in heavy fabric, white lillies, and black candles — is a testament to this fact. Those close to the show’s production claimed the funerary style was Cobain’s vision. Though many percieved the performance to be almost like Cobain’s distinct brand of suicide note, it was so much more. It marked the end of Nirvana as an active, recording band but, more than that, it made them immortal. The album speaks to everyone: to those who grew up on Nirvana-soaked airwaves in the ‘90s to those who discovered the band only after the fact. Nirvana, on “Unplugged,” is nothing short of infinite.