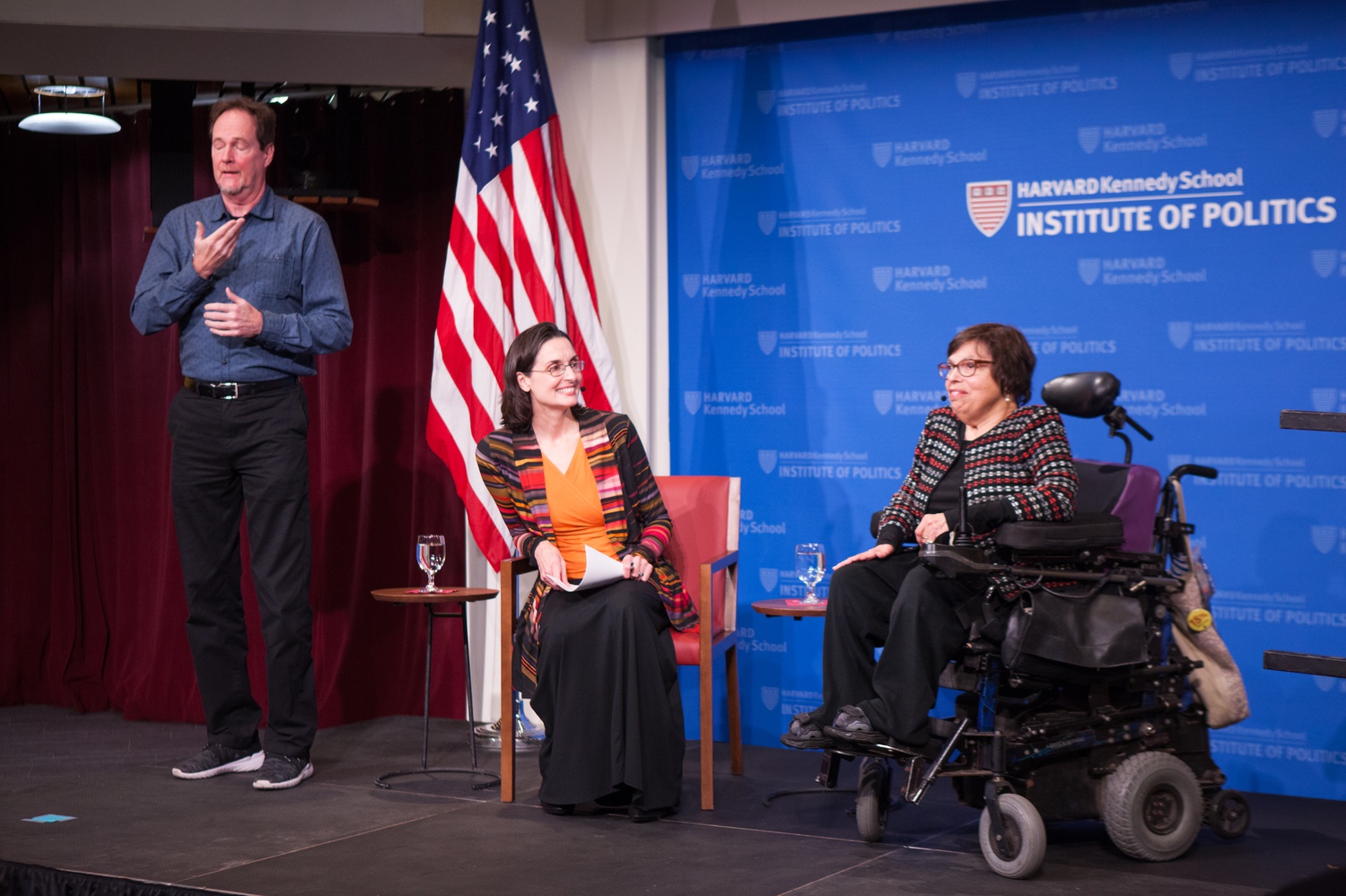 Disability rights activist Judith E. Heumann called for private and public institutions to include the perspectives of disabled individuals in discussions about diversity and equality at the Harvard Kennedy School Tuesday.

Heumann — who has worked in multiple presidential administrations as well as at the World Bank — spoke about her formative experiences in the 1960s as a college student with disabilities, a time when there was little support for disabled individuals.

As other marginalized groups gained civil rights and public attitudes began to change, Heumann said people with disabilities did not share in the progress.

“The Civil Rights Act of 1964, the Voting Rights Act of 1965, failed to include disabled people,” she said. “The American Dream was not going to come our way because of all the acts of discrimination that were occuring.”

“And people weren’t being called [discriminatory],” she added.

After college, Heumann attempted to pursue a career in teaching, but New York City denied her a license because she used a wheelchair.

Heumann sued the city’s Board of Education and an out-of-court settlement allowed her to become the first wheelchair user to teach in the city’s schools.

Harvard Kennedy School graduate Sara Minkara, who introduced Heumann at the event, highlighted the activist’s influence on policymakers around the world.

“I’ve met with so many leaders, whether it’s ambassadors, senators, heads of state,” Minkara said. “Judy is the woman that’s impacted their lives and helped them rethink, and understand, and see the value of inclusion of people with disabilities — whether locally, nationally, or internationally.”

Despite what she sees as progress in social attitudes toward disabled individuals, Heumann argued more work remains to be done.

“I think disability is still pretty invisible,” she said. “I think there are difficult issues that need to be discussed.”

Attendee Javier Rivera, a graduate student at Boston University, said he agrees that disability is omitted from broader discussions about diversity.

“I think diversity is becoming a huge buzzword, but as Judy highlighted, disability is often left out of the conversation,” Rivera said. “We’re so focused on race, class, sex, sexual orientation — and being someone who represents a lot of those, I understand where they come from — but I think often times disability is left out.”

Minkara praised Heumann’s character, saying she has “one of the biggest hearts of anyone she has met.

“Judy is an icon, a force to be reckoned with,” Minkara said. “She empowers so many people, not just me.”

“And she supports them, and she gives them guidance in terms of how to pursue their own potential unknown value,” she added.