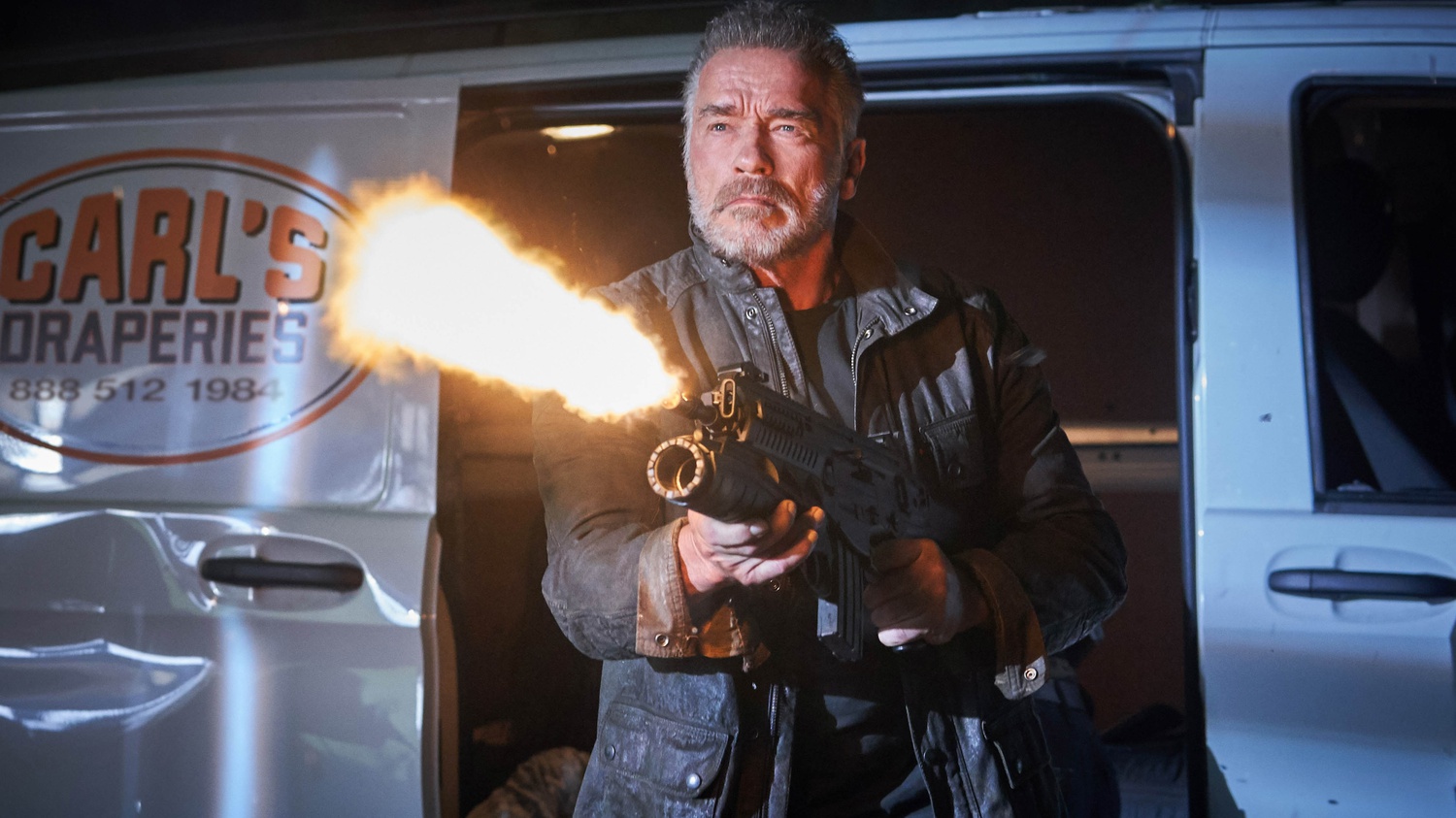 He’s back...but you may wish he weren’t.

“Terminator: Dark Fate,” directed by Tim Miller, is the latest installment in the classic sci-fi franchise. Since the film’s announcement in 2017, many have hoped that “Dark Fate” might mark a return to form for the series. (The last three installments have been widely panned.) With original cast members Arnold Schwarzenegger and Linda Hamilton slated to return — as well as creator James Cameron, given story credit alongside Charles Eglee — it seemed to many like the stars had aligned. Alas, fans will be left disappointed — if not infuriated — by “Dark Fate,” which casually undermines the (better) films whose successes it seeks to capitalize on.

“Dark Fate” begins by introducing Dani Ramos (Natalia Reyes), a Mexican factory worker targeted by the advanced REV-9 (Gabriel Luna) for termination. Sent to protect her is Grace (Mackenzie Davis), a human with cybernetic enhancements, and Sarah Connor (Linda Hamilton), the heroine of the original two films. The first act of “Dark Fate” unfolds like a scene-for-scene remake of the 1991 sequel “Terminator 2: Judgment Day”: Grace and the REV-9 arrive from the future and scour the city for Dani, eventually converging in a dramatic fight sequence and car chase. Joined by Sarah, Dani and the REV-9 escape to the outskirts of the city. Despite mutual suspicions, the trio settle into an uneasy alliance and agree to set out for the US-Mexico border. Sound familiar?

The fact that “Dark Fate” is so derivative of “Judgment Day” isn’t itself a problem; after all, the latter film borrowed just as heavily from its predecessor (1984’s “The Terminator”), and it is regarded by many as the best in the series. The unforgivable flaw of “Dark Fate” is its careless treatment of the themes and characters rendered so painstakingly in the original films.

Before going any further, a quick recap: In “The Terminator,” we learn that Sarah’s unborn son John is fated to lead a human resistance against a rogue A.I. called Skynet. On the brink of defeat in 2029, Skynet throws a Hail Mary: It sends a T-800 terminator (Arnold Schwarzenegger) back in time to kill Sarah, thus preventing John’s conception. In “Judgment Day,” the plot is flipped: Sarah and John seek to prevent the “birth” of Skynet by hunting down its creator, a computer scientist named Miles Bennet Dyson. The reversal is brilliant, and it raises the stakes: In “The Terminator,” the best the heroes’ can hope for is a costly human victory in the war against the machines. In “Judgment Day,” John and Sarah are given the chance to prevent the war itself.

“Dark Fate” undoes all that. While fleeing the REV-9, Grace reveals to Sarah that her actions in the previous films successfully prevented the rise of Skynet. Unfortunately, the altered future is not much better: A new computer overlord called Legion, unrelated to Skynet but essentially identical, is hunting humans to extinction. Perhaps there is an endless supply of pseudo-Skynets waiting in the wings...er, alternate timelines. If so, what’s the point of fighting back? The events of the previous films lose all significance.

“Dark Fate” is the latest film to demonstrate the power of sequels to cheapen the classic franchises they aim to reinvigorate. “Star Wars: The Force Awakens” (2015) upset fans for a similar reason: What good was the trilogy-long struggle against the Empire, many asked, if the rebels’ victory gave rise to an even more powerful foe, the First Order? “Independence Day: Resurgence” (2016) and “Incredibles 2” (2018) are two more examples.

This trend is not surprising, given the economic incentives at play: Studios looking for easy returns on intellectual property investments make sequels, and more sequels mean more money. Satisfying, unambiguous conclusions are thus costly in that they preclude future installments.

But there is no justifying the artless, canned quality of these sequels. There seems to be a formula: Take a beloved film (“Judgment Day,” in this case), change its plot superficially, update the visual effects, and infuse it with clumsy (and invariably left-wing) political messaging. “Dark Fate” is full of unsubtle political statements. The film’s first fight sequence, for example, takes place in a factory where workers have just been replaced by industrial robots. (Dani, arriving at work to find her station occupied by machines, asks a supervisor what’s going on. “The future,” he says.) Another fight scene takes place in an I.C.E.-like immigration detention center, the REV-9 having assumed the form of an enforcement officer. Reasonable viewers can disagree about the role of politics in cinema, but there is little excuse for this level of ham-handedness.

The humor of “Dark Fate” is also likely to divide fans. Previous films in the series have experimented with comedy, with some success: In “Judgment Day,” John drills the T-800 on human slang and mannerisms, resulting in some of the series’ most iconic lines (for example, Schwarzenegger’s “Hasta la vista, baby”). In “Terminator 3: Rise of the Machines” (2003), the T-800’s search for clothing leads him to a local bar where a male stripper is performing. When the T-800 demands that he take off his clothes, the stripper mistakes him an overeager member of the audience and tells him to be patient.

But the humor in “Rise of the Machines” proved controversial: Many felt that self-awareness had given way to self-parody. Given this, the decision to double down on the comedy in “Dark Fate” is inexplicable. The T-800 (Schwarzenegger, reprising his role) is not introduced until the second half of the film, and when he does appear, it is in the guise of a drape salesman named Carl. The gag does yield some laughs. At one point, the T-800 gives Sarah advice on picking the right window treatment. “There’s much more to it than just picking the right color,” he says, his voice characteristically monotone. “It’s the texture, the weight of the material. One wrong choice — it can destroy the look of the entire room.” Funny though it may be, the joke feels less welcome the longer it drags on.

“Dark Fate” is entertaining enough if you don’t think too deeply about it. Miller’s direction is fine, and the performances are strong throughout. (Hamilton in particular is excellent, and every bit as compelling as in the first two films). But fans of the series are unlikely to overlook the larger problems at the heart of “Dark Fate,” nor forgive the craven and cynical approach to filmmaking that it represents. When Sarah learns midway through the film that her sabotage of Skynet was a wasted effort, she is understandably dismayed: “Those assholes never learn,” she says. How right she is.