‘Twenty-one Truths about Love’ Proves the Power of the List 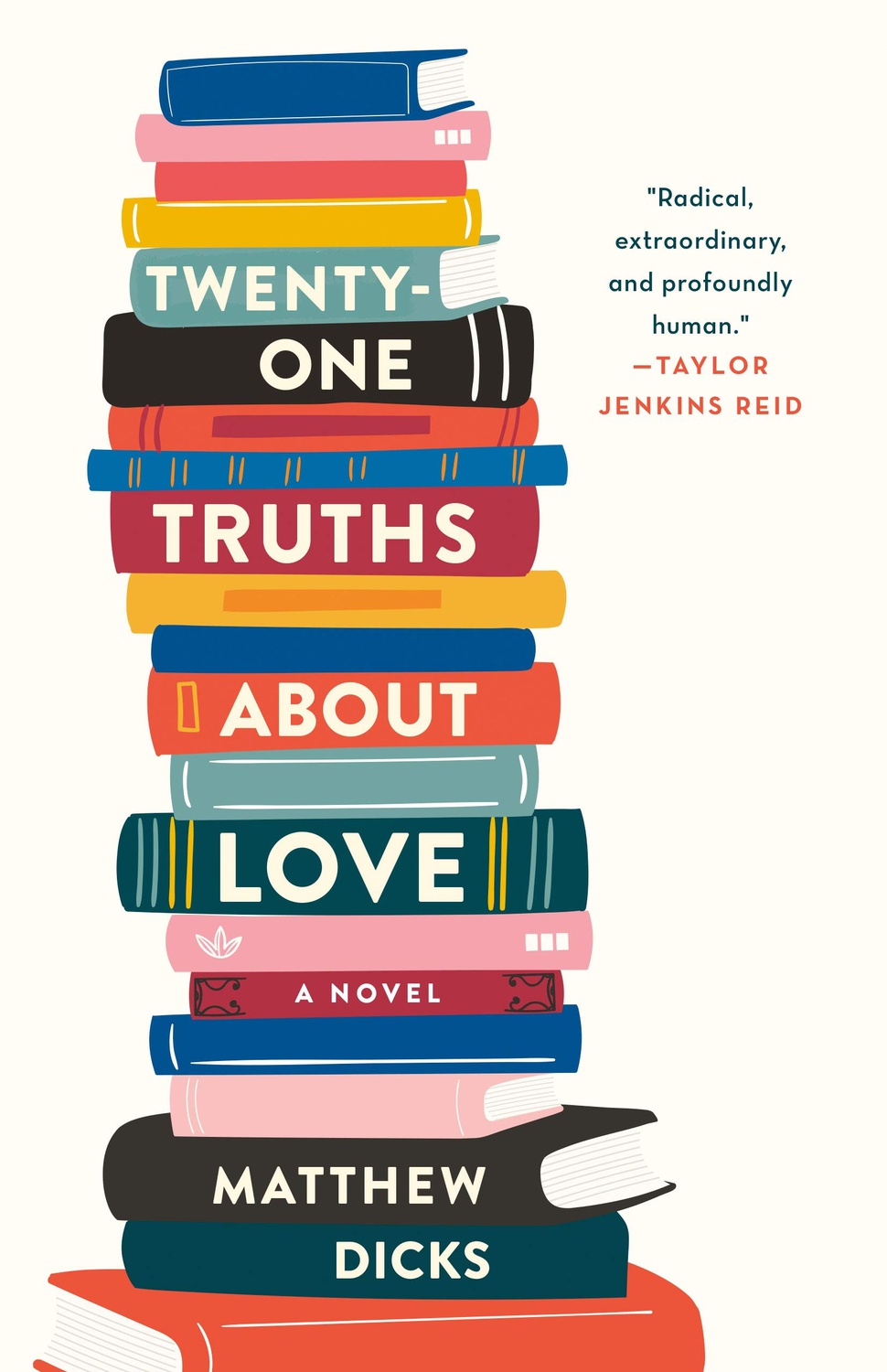 On the face of it, the list is one of the most banal forms of literature — that is, if it can be categorized as literature in the first place. Listing is often regarded as literature’s great homemaking activity for the purposes of keeping track, counting down, or spelling out. The list is certainly a poor device even for cursory characterization, let alone for tapping the wellspring of a person’s unique subjectivity … or is it? Such is the question Matthew Dicks’s latest novel, “Twenty-one Truths About Love,” will have you asking one page in, then regretting having asked something so blasphemous as soon as you’ve finished it.

“Twenty-one Truths About Love” is a novel comprised entirely of lists, with the occasional letter and memo tossed in with all the throwaway casualness of a Post-it Note. The plot tracks the seven-month-long evolution of its compulsive list-maker protagonist Daniel Mayrock, whose dwindling finances inspire some rather foolish pluck in him when he learns that his wife is pregnant with their first child. Over the course of Dan’s ill-informed but well-intentioned plan to score fast cash, the reader is privy to all the secret longings and tortured, midnight-hour vacillations of a human being nudged gently to a brink and unsure of whether there will be a pool of sharks or a pit of cotton candy at the bottom. The result? A sometimes wild, sometimes serene, and always heartfelt ride that is, first, overflowing with second-hand embarrassment and, foremost, so worth the easy read.

At the story’s outset, Dan is somewhat of an oxymoron: He is a deeply self-loathing, self-perceived failure with (also self-perceived) everything to live for. His beloved wife, Jill, desperately wants to start a family. The catch? Dan’s bookstore is failing and he cannot bring himself to tell Jill about their impending financial doom. What ensues is the fevered attempts of a man with crippling self-doubt — fueled by intense jealousy of his wife’s late first husband, anger at an absentee father, and vexation over an annoyingly overachieving brother — to buck up and save his yet unborn family.

That Dicks’s book so speaks to the flexibility of the novel form — its utter voracity for swallowing up other types of discourse like the list and the letter, as well as its welcoming capacity to engage with multiple modes of language like confession and command — is one of its great feats. The other, more readerly accomplishment of “Twenty-one Truths” is its ability to chart in three dimensions the contours of a realistic protagonist via the seemingly narrow, hopelessly vertical list. One would not think such a structure would allow for a character’s second thoughts to poke through. Dicks achieves just that by stringing together certain lists with invisible connective tissue. A list from page three might pop up again, slightly altered, on page fifty, so that the reader is reminded in real time of the full Daniel Mayrock who comprises all these lists, not just the latest rendition. Even though readers do not get the broad, page-filling narrative voice so at home in the novel, they get a fulfilling form of tale-telling in Dan’s flighty, dedicated lists. His voice is lively, vivid, and certainly not monolithic. In fact, there are times when his obsessive list-making feels like his attempt at sitting down, pen in hand, to construct a little statue of himself that he can count on. The jig is that he is vastly unsure of what he really thinks and wants. Thus, his lists are failed self-definitions. That is where Dicks miraculously locates that sense of a character who does not entirely know himself and who therefore feels viable.

One of the chief functions of Dan’s lists is to confront himself with harsh facts. These submissions are often both revelatory and poignant for the reader. Take his self-reflexive “Why I’m always writing shit down” list, which includes “I want to write a novel someday” and “It’s all grist for the mill.” This is followed by a secondary list, entitled “Real reasons for lists,” in which Dan comes clean: “Compromise at first with therapist because journaling sucks. Finished with therapist but lists became a habit.” After building up this sequence, Dan is able to find his truth, adding that “a habit is just an obsession that pretends to be intentional and controllable.”

Dan’s spirited attempts at self-guidance are heartwarming and often cruelly familiar. Each one is a tiny testament to the human need for organizing contradictory or hazy thoughts into logical progressions. Here is where the heart of “Twenty-one Truths About Love” resides. It does not claim that a list with a beginning and an end is the way to discovering oneself. Rather, the novel relishes in those small wars we fight with ourselves, in our heads, in the hopes that we can narrow down our list of beliefs. If anything, “Twenty-one Truths” says: Away with lists. You couldn’t possibly fit it all in, anyway.