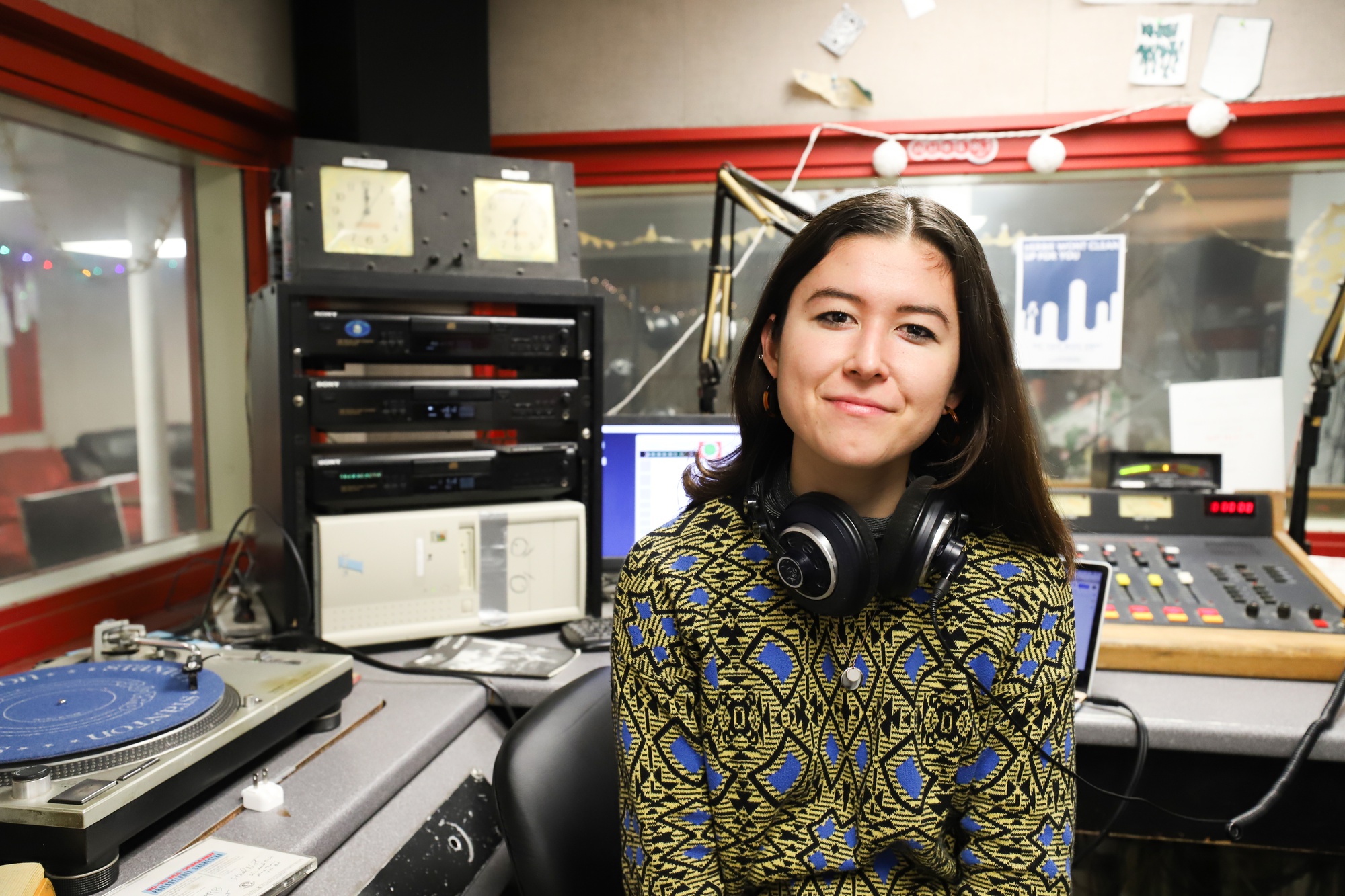 Mariko N. O’Neil ’20 is neither Asian American nor male, but she is a member of Harvard’s Asian American Brotherhood. Her membership, though self-described as “pretty hilarious,” is broadly indicative of the many identities O’Neil vacillates between with impressive ease. Born in Hong Kong but raised in London with stints in Japan, O’Neil is not easily defined by any specific ethnicity or nationality. Case in point: over breakfast in Adams House, she tells me that she is a proud owner of an Irish passport, despite having visited the country “only like five times in my whole life.”

At age 18, O’Neil traveled to Beijing without a valid visa or a place to stay. A year later, the frequent travels of her early years would be met by the relative stasis of college life. However, O’Neil’s many international identities have still played a part in her Harvard experience — she participated in the First-Year International Program and became a FIP leader in subsequent years.

O’Neil is quick to tell me that her childhood spent “floating back and forth between Japan and the UK,” fostering a feeling that her national identity might be “a little bit arbitrary.” In highlighting the fluidity of her nationality, she tells me that, when in Japan, people are quick to label her as American, but — and at this point in the interview, she adopts a frighteningly good American accent — she describes the immediate reaction she has grown accustomed to after speaking one sentence at Harvard: “You’re British!”

As a freshman, O’Neil recalls, social life on campus wasn’t always “the most optimal experience.” Instead of wandering aimlessly around the yard on Fridays, she decided to start going to concerts in and around Boston. She describes these venues as departures not only from the “top 40 hits” blasted at Harvard parties, but also from its rampant exclusivity. “It was inclusive; anyone who wants to come could come,” she says.

Since arriving on campus, O’Neil’s interests have flourished in a multitude of directions, often unrelated to the identities she brought with her. She serves as the art editor of the Harvard Advocate, is a member of the Lowell House Society of Russian Bell Ringers, and hosts a regular Saturday night show on Harvard’s radio station, WHRB. She describes with particular fondness her introduction to the radio community during her freshman year. The comp, she explains, consisted of weekly lectures taught by a passionate student. “We just sat and chatted about music,” she remembers. “I felt like I learned as much in that as I would have in a class.” 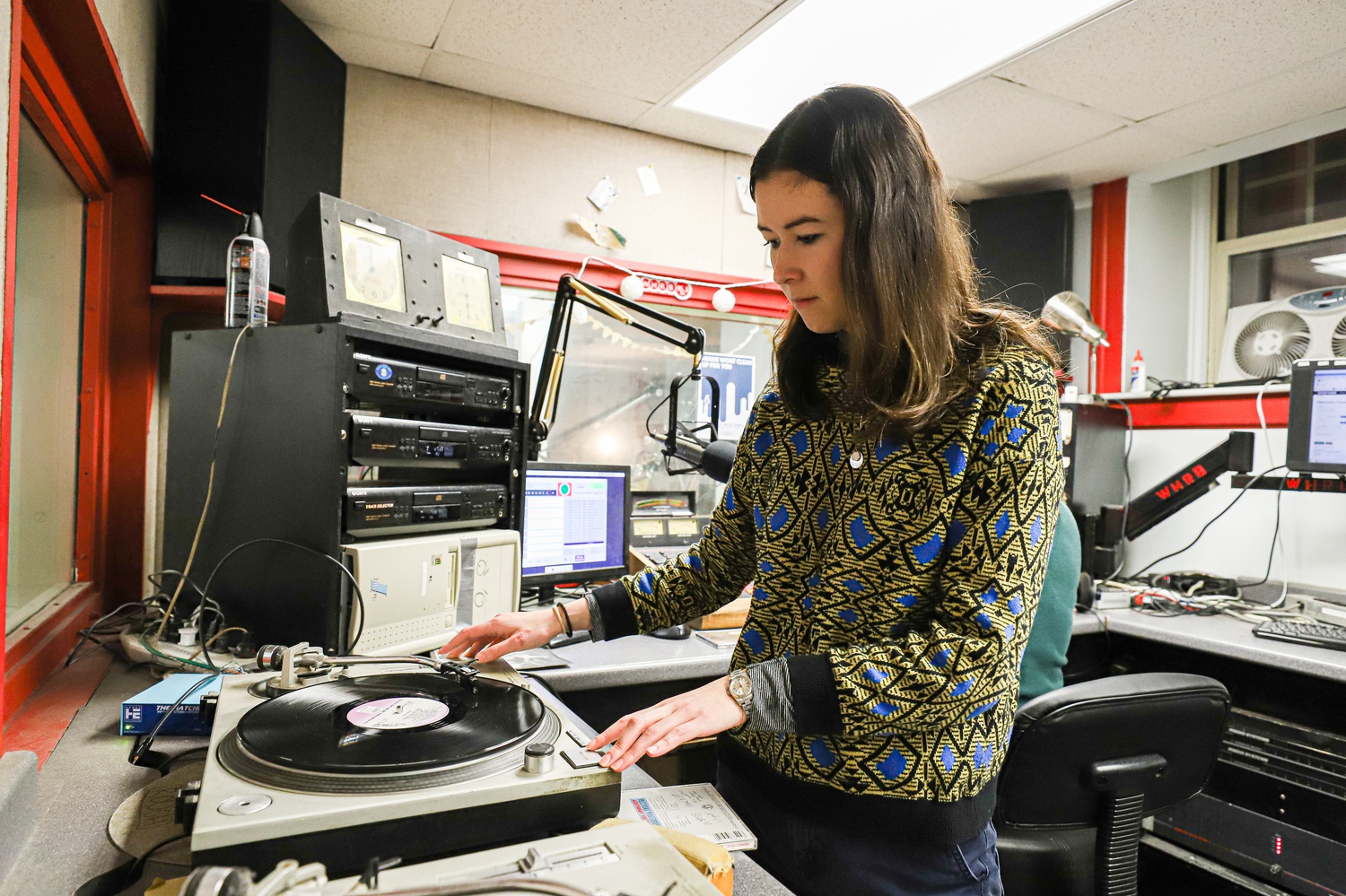 As a statistics concentrator, O’Neil has largely pursued her creative interests in these sorts of alternative classrooms. When I observe that her field of study seems a noticeable departure from her extracurricular activities, she explains the benefit of her ability to “compartmentalize.”

“When I decided to study stats,” she says, “I chose to put my creative interests in the extracurricular bucket, rather than in my academics.”
O’Neil’s ability to find spaces for all her interests while at Harvard is a testament to her self-starter attitude, perhaps epitomized by a past summer spent working on an organic peach farm in rural Japan before heading her own data analysis project for Amazon’s Tokyo outpost.

Despite her various extracurricular pursuits and global escapades, when asked to describe a favorite Harvard memory, O’Neil returns to the concert-going habits she cultivated as a freshman. She recounts a concert she attended this fall with friends from all corners of her wide-reaching Harvard universe. “It was my best friend’s birthday,” she says, “and so we told all our friends to come to this concert, which was kind of like a capstone of what we love to do together.” The crowd was “massive,” she says, “but I physically couldn’t even see anyone who I didn’t know, because I was just surrounded by all my favorite people.”

In recounting this experience, O’Neil reflects that people she once saw as members of disparate communities on campus have, in her final year of college, “all kind of come together, [having] found each other in some way or another.” After spending just an hour with her, though, I hazard that the cohesion of these communities is no random act of fate. Rather, it is a testament to O’Neil’s unique ability to interweave myriad identities and passions within herself and between her peers.