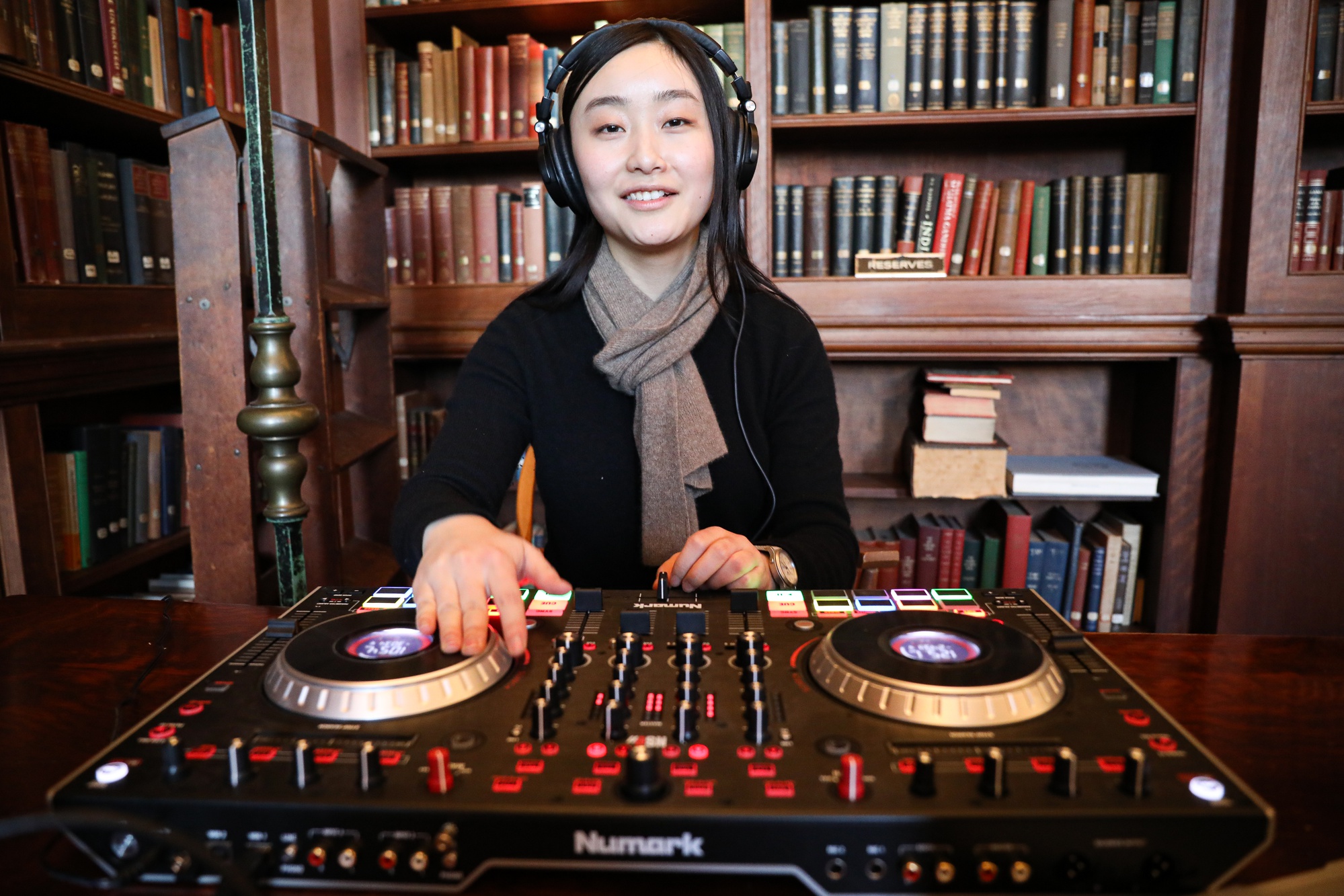 During our hour-long conversation, the disparate interests of Yu-Mi Kim ’20 — which span from DJing to poker, creative writing to medical research, skateboarding to personal finance — melt together like the colors of an ice pop on a hot summer day.

Her love of music, for example, leads to a discussion of her poetry. She played instruments throughout her childhood, then, after researching mixing and electronic production, began DJing. “I think it’s really interesting how pretty much every sound or instrument is available to you, as well as samples,” she says. “It’s very similar to quoting, let’s say, in poetry. I actually wrote poetry today. And I think they’re very similar, in that it’s very much about placement. Although DJ[ing] and mixing is more spatial.”

DJing reminds her of her interest in filmmaking, too. “You can change sound waves, equalize and bring out lower ranges and higher ranges and plan where music will come out of the speaker — envision exactly how it will hit an audience,” she says. “I find that really fascinating. And even just playing with the meaning of songs, for example through juxtaposition, like you would through montage in a film.”

Or, for example, Kim’s love of fiction writing is simultaneously linked to her interests in the environment and climate science. She believes that “all of our fiction has become connected to human consciousness, humans in general, when you’re missing the background, and the setting itself, the environment, and losing track of the landscape. It’s kind of a microcosm of what’s happening in the world.” Her stories are “boring,” she says — about a man walking up the stairs, or a woman staring out of a window — attempting to explore this very problem.

Kim also enjoys “building infrastructure” and “scaling” organizations. For the past two years, she has co-directed the Harvard Student Art Collective — “a community designed to give platforms for anyone looking to express on this wildly intense campus,” according to its website. Under her leadership, it has tripled in size.

Kim cares about making structures that allow for other people to create, explore, and work together. For example, she has a passion for personal finance, and explains that she once created a personal budget for a friend to help her pay off her credit card debt. She also tells me I should really consider getting a Roth IRA. She also cares about those people –– even ghostwriting Tinder messages for her friends. 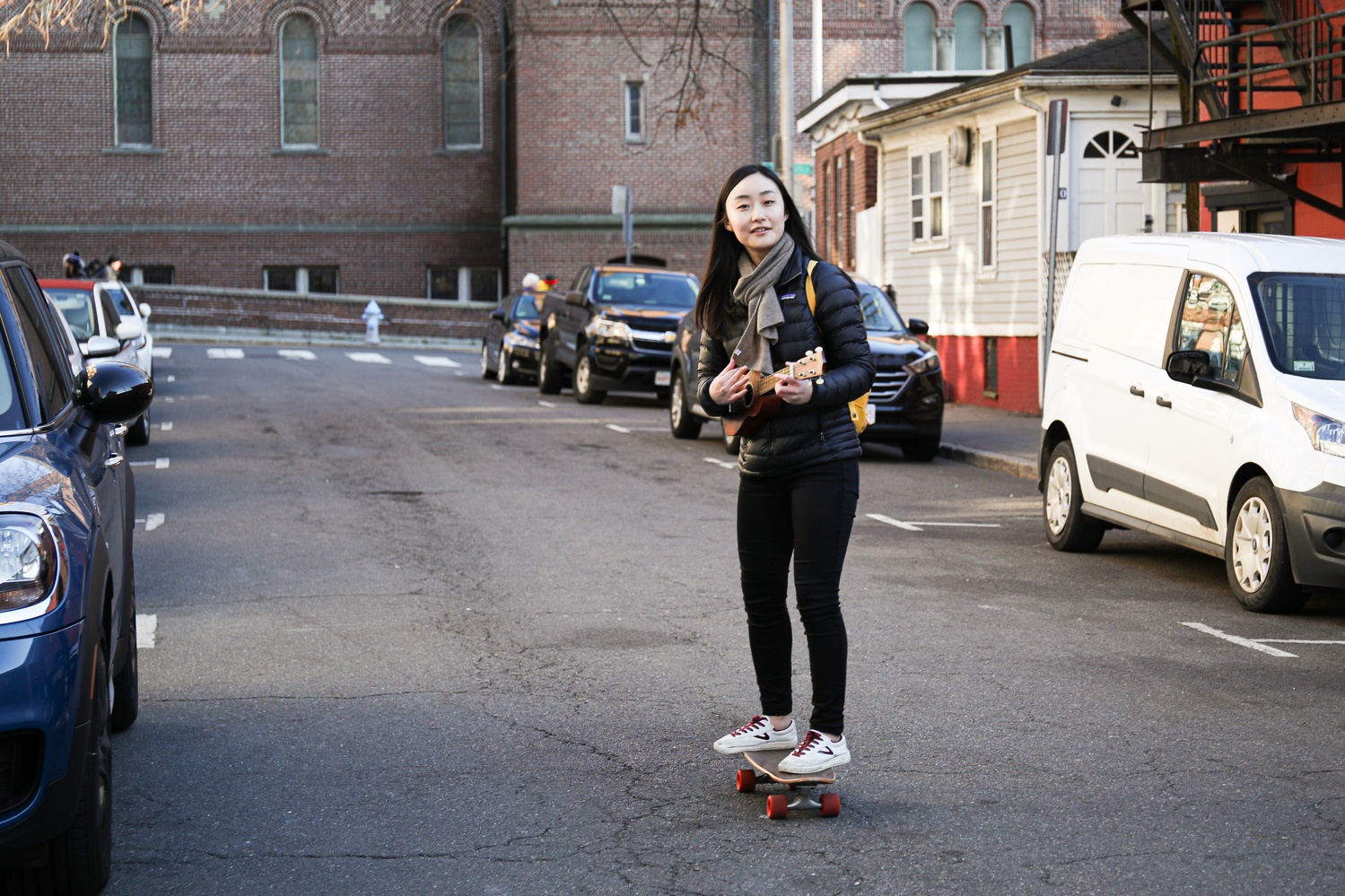 Kim might not like that I began this article using a simile to describe our conversation. During her freshman and sophomore years, she was drawn to haiku writing and objective correlatives — using a group of things or events to represent emotions — because simile and metaphor “create this false sense of equivalence when there’s never full equivalence.”

“They’re kind of mapping out and trying to convey something when you really can’t ever fully convey something in all its complexity,” she says. “I think I like creating that impression throughout through an objective correlative, as opposed to a definitive statement of: ‘This is my narrative.’”

Kim is hyper-aware of the different narrative possibilities that exist for her, she says, because of the interviews she did for her past jobs in private equity and banking. In these interviews, like in a college application, you have to “craft yourself” along with a cohesive story so that you can be a compelling candidate. This interview is different — she calls it “open-ended” — but she still can’t stop thinking about the ways this story might be written.

“So you could make the argument that stylistically, [my aversion to metaphor] is what I've been pointing to throughout this whole conversation,” she says. We both laugh. “But that would be another narrative. And that would be saying that I'm being very deliberate in how I’m speaking, when I think I’m rambling.”

“Yeah,” she says, and laughs again. “I like persimmons, and black licorice, and I don’t like talking about myself.”