‘An Iliad’ Roars Against Rage 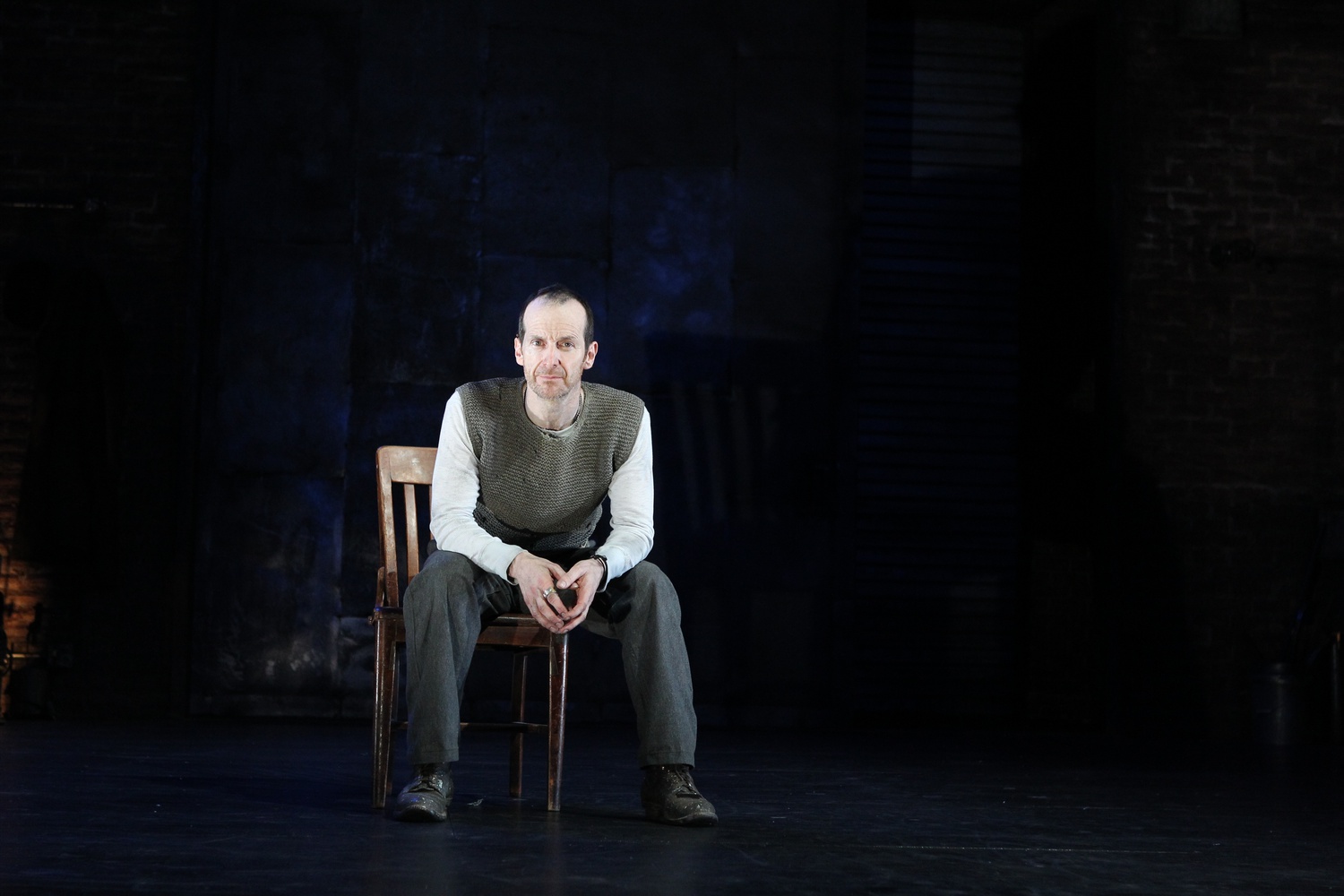 Denis O'Hare in An Iliad By Courtesy of Joan Marcus
By Malachi Robinson, Crimson Staff Writer

“There are no binding oaths between men and lions,” snarled Dennis O’Hare, the sole actor in Homer’s Coat’s Production of “An Iliad.” The echo of Achilles’ growl resonated from the ArtsEmerson stage, a nightly recurrence from Nov, 20 to 24. O’Hare is not only Achilles, however — he is also Hector, Hermes, and Helen. He is a breathing anachronism, a vagabond bard that has wafted from the shores of Troy to the era of Trump, and seemingly witnessed every atrocity in between. “An Iliad” is a tale told by an immortal, full of shadow and fire, undulating through time and tone in search of peace.

The script, written by O’Hare and Director Lisa Peterson, runs Robert Fagles’ translation of Homer’s “Iliad” through a sieve, racing through its plot with gusto and engaging contemporary analogies, interpolating a few lines from the original. It transports its observers from the present to the precipice of an ancient conflict, above the Greek Fleet, into the argument between Agamemnon and Achilles, the death of Patroclus, Hector’s bedroom, and his death.

The rest of the tale is referenced as a series of other songs, but never sung: The writers recognize that the total tale is too long for one man and 100 minutes, and choose to stretch out a few specific moments with a fresh perspective. At one point, O’Hare masterfully interweaves a parody of road rage into Patroclus’ killing spree. In perhaps the play’s most powerful moment, he rattles off, almost uncontrollably, an extended list of bloody conflicts from the Peloponnesian War to the present, emphasizing World War 1 with a visceral scream. O’Hare lingers in the moment, seated under the eerie illumination of a singular spotlight, before ending the lugubrious list with Aleppo.

Most other moments in the play are filled with constant motion, however, which animates the one-man show and engages the audience. Peterson uses every inch of Rachel Hauck’s minimalist scenic design. None of the objects on stage — a table, a chair on its side over to the left, poles — suggest a setting. There is not even a sheet to disguise the stationary lights and ladders backstage.

But what is present is fully taken advantage of. The chair is picked up, spun around, stood on, thrown aside. The table is a bench, a stage, a thing to shove. O’Hare hangs his hat and coat on one pole. Another, which holds up a speaker, is used as an instrument. There is no fake sand, no CGI to imagine for the audience, just a sparse collection of items that demand excellent storytelling, buttressed by the mutating undertones of bassist Brian Ellingsen.

O’Hare brings the rest of the necessary tools with him. The motley of an overcoat, blazer, and antiquated woolen top and belt lend him a fashion too tacky to fit into any era. A bottle of liquor and a worn suitcase, excellent touches by costume designer Marina Draghici, help fill in the margins of his timeless persona. The liquor bottle symbolizes the evolution of the gods (“Tequila Athena”), elucidates a pun on “bar”, and helps legitimate O’Hare’s lapses in memory.

Scott Zielenski’s brilliant lighting design matches the play’s oscillating moods and amplifies its imaginative appeals. When O’Hare rages as Patroclus, grabbing his crotch before a woman screams (two jabs at the patriarchy), the stage is scintillated. The play opens with a singular radiating bulb in the center, beckoning the audience into the past. When he is dramatizing the legend of Achilles, a light is positioned so that his antics cast a giant shadow on the wall. Though the set is simple, light is the medium through which the play projects its fabular content. Luminous extravagance provides a necessary touch of the ethereal.

Achilles was great, but “An Iliad” insists that the costs of conflict are even greater. The stage, set, and cast are small; the story and its implications are astronomical. The writing, acting, and spectacular lights are intense, enthralling, didactic. But the true measure of its success is in the reception of its pacifist lesson: the laughter, the responses shouted to rhetorical questions, the lack thereof. “How do you know when you’ve won?,” O’Hare asks towards the beginning. Across the barren stage behind him, the only answer is silence.