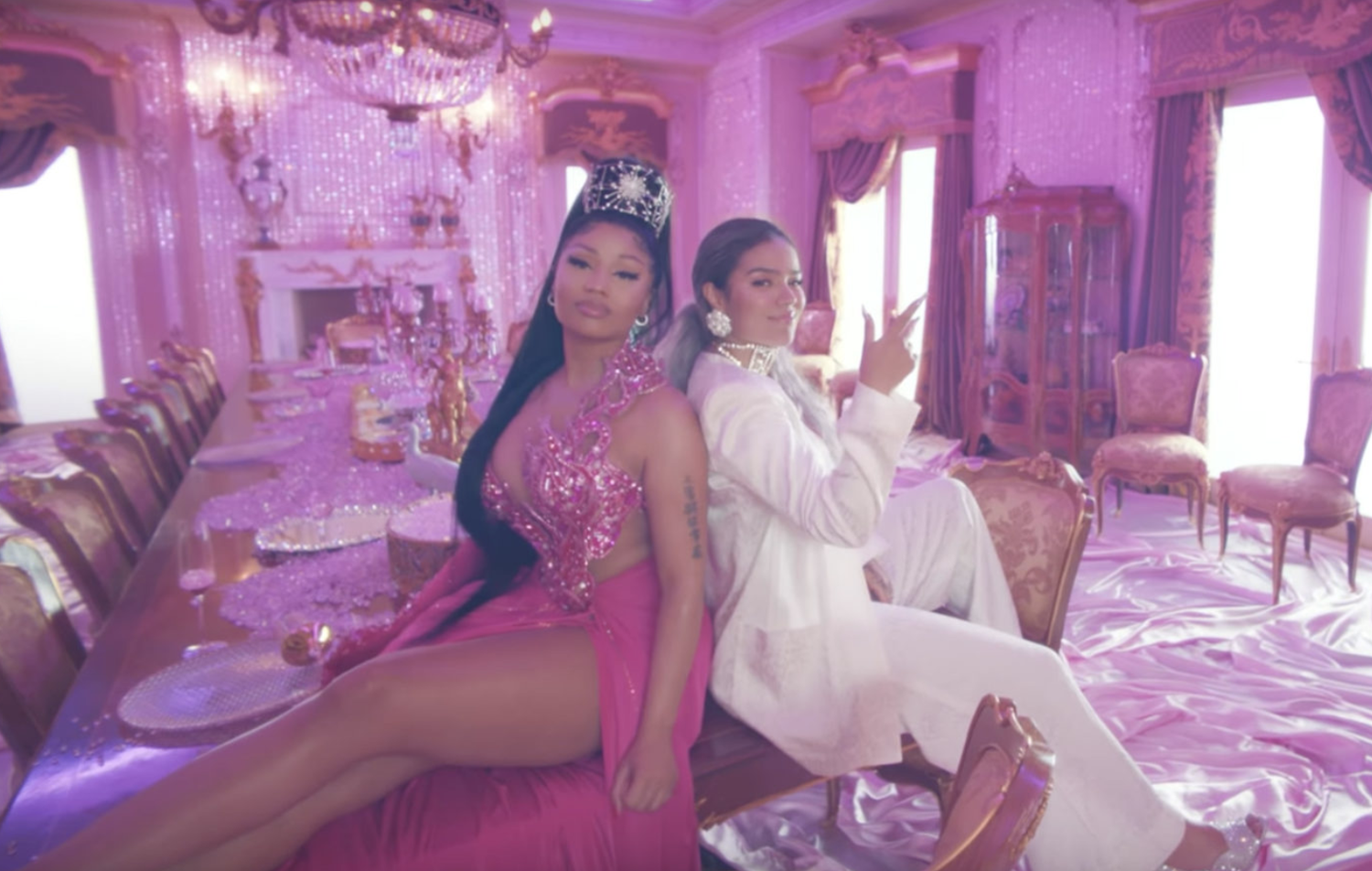 In this new video for the song “Tusa,” Karol G appears first in the middle of a Greek column circle surrounded by dancers. The natural sunlight in this scene makes Karol G appear radiant, and the dancer’s voguing hands with their long nails surround her like sunbeams. Meanwhile, Nicki hangs out inside a mansion with her iconic PINK opulent aesthetic. 30 seconds in, and I had already texted all my friends in all caps ABOUT THIS GEM.

“¿Qué pasó contigo?” Nicki Minaj rapping in Spanish is the content I live for. After Nicki finishes her solo, Karol G starts the chorus in Spanish and Nicki lip syncs at the beginning, nodding her head side to side.

Karol G was born in Medellín, Antioquia (shout out to my hometown!), fertile tropical mountains for urban artists, and city of eternal spring. Karol G’s chorus in this song is highly romantic. “Tusa” is a very Colombian word, specially used in the coasts and in Antioquia, which describes that state when your relationship is over and you feel down. Most people in Colombia use it; it’s a socially acceptable way to speak this feeling into existence. It’s not that you are necessarily sad — it’s just that you miss them. It’s a feeling of longing, of wanting that unattainable love. This song is all about feeling. Strings in the background play a sweet melody while the beat still allows for a great night of perreo (read: “reggaeton grinding”).

This is a theme in the latest reggaeton coming from Latin America. Maluma, Wolfine, J Balvin, Farina, Karol G, even Kali Uchis have been drifting the content of the urban genres away from the superficial misogynistic content of the past, and zoning in, even if only a little bit, on the more emotional and intimate. Even though it’s still mostly about clubbing, they’re being a little honest now. We are still going to the club, but why deny that someone is circling our minds while we are dancing?

Karol G sings about this girl who is going out tonight. She's trying to dance her tusa away. “Si le ponen la canción le da una depresion tonta” (If they play her the song, she gets a dumb depression”). “LA CANCIÓN” is a clear reference to the song by J Balvin and Bad Bunny, which also follows this wonderfully melancholic theme. Karol G tells us that this girl is trying to cure herself by going out to a party — “ella se cura con rumba.” She is trying to forget. She can hardly feel anything now, using other men as he did with her. But then, when she is finally at the club she can’t help but think of him. The entire video shows something different. Everything is super dreamy. The jewels (on them, on the walls, on the table), the Greek statues, the lighting, their stunning dresses (all five of them!), the pegasuses (pegasi?). We are seeing life through pink lenses even though they are singing about a tusa.

And that’s the whole point — we are still in love.