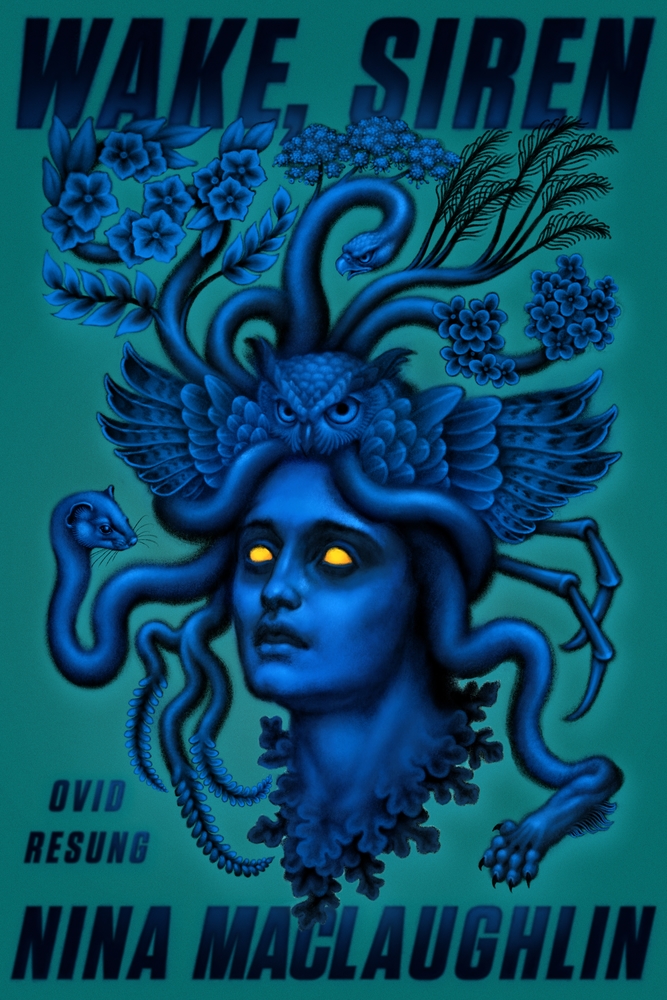 On Nov. 19, local journalist-turned-carpenter-turned-author Nina MacLaughlin read three stories from her fiction debut, “Wake, Siren: Ovid Resung” at the Harvard Book Store. The book had been released earlier that day.

MacLaughlin’s foray into fiction follows her memoir “Hammer Head: The Making of a Carpenter,” which recounts her abrupt transition from office life to woodworking. She admitted, though, that “Wake, Siren” is still her most personal book to date. “I wrote a true book about my life, and this in some ways feels more revealing,” MacLaughlin said. “It’s like, ‘Here’s my bizzare-o imagination.’”

Like all the stories in the book, the three MacLaughlin shared with the bookstore audience — “Pygmalion,” “Callisto,” and “Echo” — retell the Greek mythological tales of transformation recounted in Ovid’s “Metamorphoses.” For example, in “Callisto,” the vow-breaking seductress turned into a bear for her indiscretion with Zeus becomes a traumatized rape victim haunted by violent memories even after becoming a constellation. MacLaughlin read in her protagonist’s voice: “I stay and burn and will stay and burn.”

“Callisto,” which MacLaughlin began as part of an exercise she hoped might break a writer’s block, was the first story she wrote for the collection. After that, “it just came and came and came,” she said. Unlike the prolonged editing process she described for “Hammer Head,” including seven rounds of start-to-finish rewriting, this book’s development was rapid. (After all, her most recent book’s publication was only three years ago.) “In some ways, it was a little bit frightening in that unleashing,” she said.

MacLaughlin’s local fan base, formed in the wake of her memoir’s publication, was out in force to hear her new work. Some of them were surprised by their first taste of “Wake, Siren.” “It’s the last thing I expected, having only known ‘Hammer Head,’” Justice Andrew R. Grainger ’69 said. “When she started reading, I thought to myself, ‘I didn’t know this was a book of poetry.’”

Though in a factual sense the collection’s poetic voice is shaped into prose, other listeners echoed Granger’s acknowledgement of its richness, especially as compared to MacLaughlin’s previous work. “‘Hammer Head’ was self-deprecating, funny, wry — and moving, but in a way more mundane way than this. This is extravagant,” Jean L.D. Hay, a local resident, said.

The audience members, many of whom MacLaughlin greeted by name when they raised their hands to ask questions, also appreciated the way her words sounded when she read them aloud. “I loved hearing your voice!” exclaimed one listener, to general murmurs of assent. “I don’t do audiobooks, but I think I’m going to wait.”

MacLaughlin, on the other hand, responded by revealing her apprehension about recording the audiobook, which she will be reading. “It’s a pretty dark and violent book, and so the idea of reading it out loud, the entire thing, cover to cover — I need to gird myself for those days coming up soon,” she said.

But despite the darkness of “Wake, Siren,” or maybe because of it, audience members appreciated the book’s vividness. “Nina has a great eye and ear and mind for the details, and the stories that they tell, and she meticulously records them and weaves them together beautifully,” Peter H. Nersesian, her friend, said.

And for a few listeners, MacLaughlin may have incited a new passion: “It may even inspire me to read the ‘Metamorphoses’!” Kathleen C. Stone, founder and co-host of the literary salon Booklab, said.