One Killed, One Injured in Harvard Square Car Crash 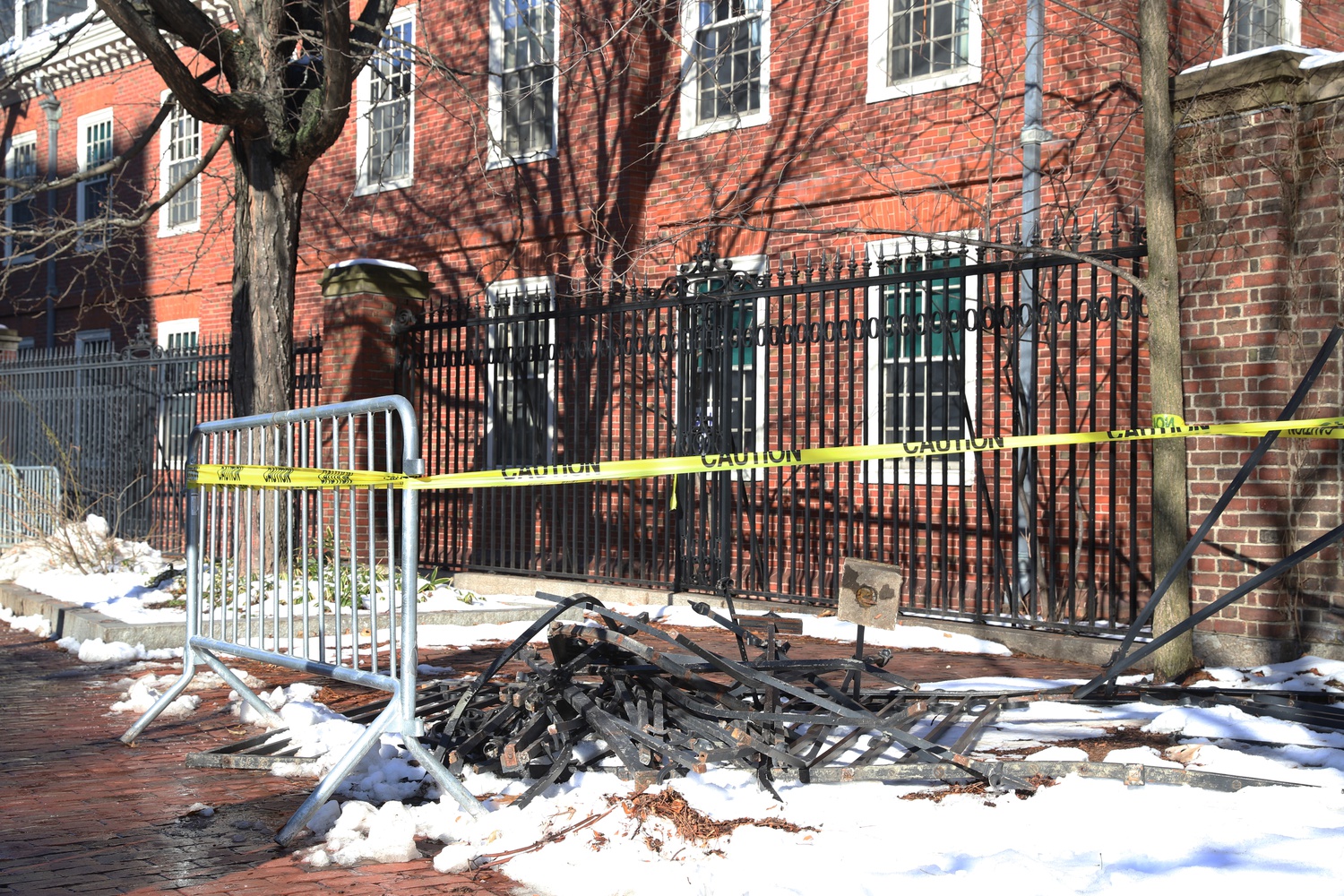 A driver died and a passenger received serious injuries after their car crashed through a fence on Mass. Ave. near Wigglesworth Hall. By Ryan N. Gajarawala
By Ema R. Schumer, Crimson Staff Writer

A car crashed near one of Harvard’s freshman dorms early Thursday morning, leaving the driver dead and the one passenger in critical condition, according to the Cambridge Police Department.

Before 4 a.m., the driver veered off of Massachusetts Avenue and plowed into a gate and a tree next to Wigglesworth Hall, a dorm in Harvard Yard.

Officers from CPD, the Harvard University Police Department, and Massachusetts State Police responded to the scene of the accident. Police closed the intersection between Massachusetts Avenue and Bow Street to traffic until approximately 7:15 a.m.

First responders transported the driver and passenger — both males who were neither affiliated with the University nor Cambridge residents — to local hospitals, according to CPD spokesperson Jeremy Warnick. The driver was later pronounced dead and the passenger received treatment for serious injuries.

The cause of the crash remains under investigation by CPD, the Middlesex District Attorney’s Office, and the State Police, according to a citywide alert sent Thursday morning.

Warnick said he believes that the accident underscores the need for traffic regulations to ensure safety in the Square. He cited the Cambridge City Government’s Vision Zero effort, which aims to reduce the speed limit on most Cambridge streets.

“Reducing driving speeds from 25 mph to 20 mph will help make Cambridge safer for people of all ages and abilities walking, biking, and driving on our streets, while at the same time potentially having a significant outcome in the event of a crash,” Warnick wrote.