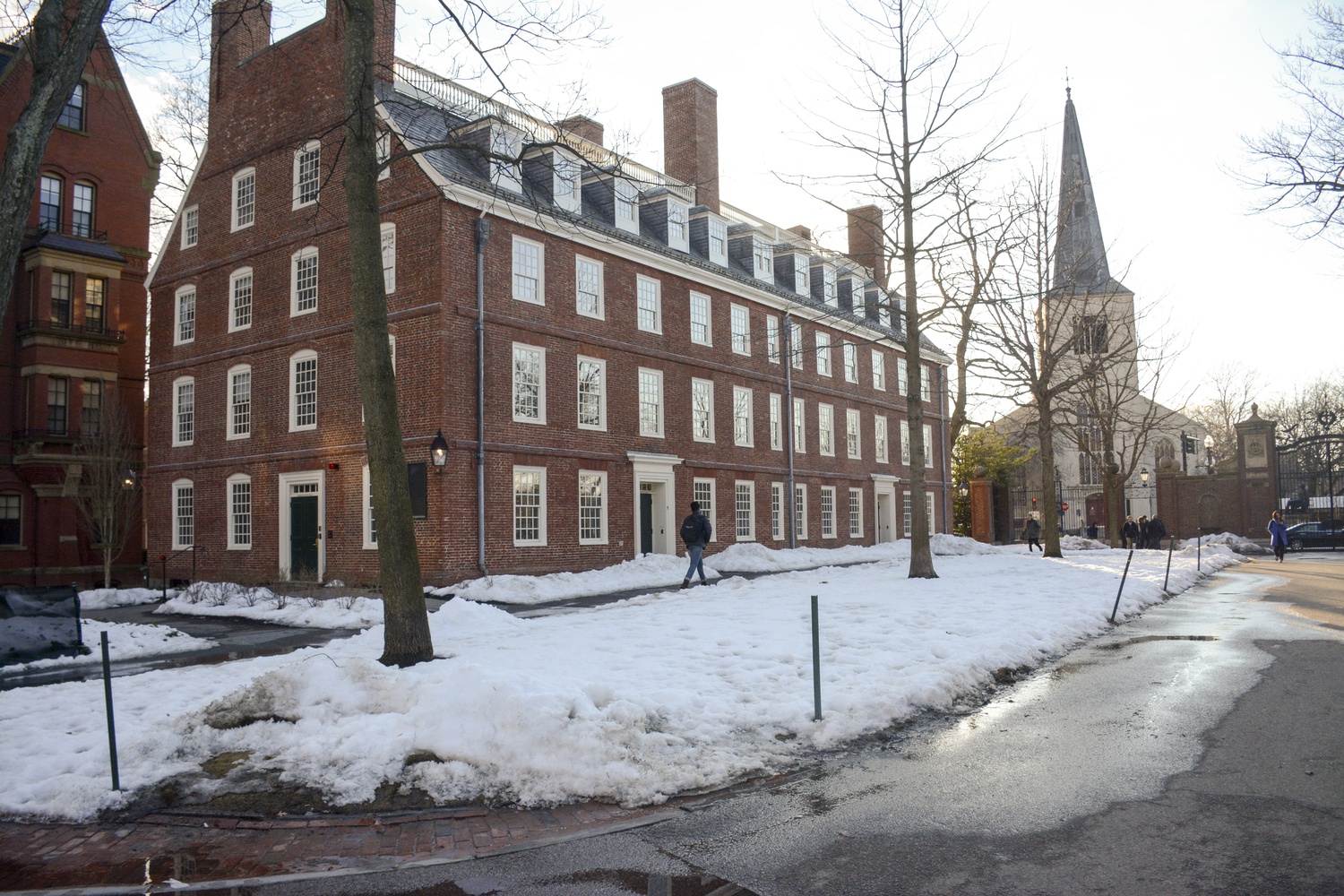 An Inside Higher Ed survey of college and university presidents asked them about the Harvard admissions lawsuit and a host of other topics. University President Lawrence S. Bacow's office is in Massachusetts Hall. By Shera S. Avi-Yonah
By Shera S. Avi-Yonah, Crimson Staff Writer

A questionnaire sent to college and university presidents around the country in January showed that only four in 10 surveyed are confident Harvard will win its current admissions lawsuit, according to findings published Friday.

Inside Higher Ed conducted the annual survey with analytics group Gallup. The results aggregated the opinions of 784 college and university presidents on topics ranging from the admissions suit and affirmative action to Title IX regulations.

The admissions lawsuit, brought by anti-affirmative action group Students for Fair Admissions, alleges that Harvard admissions policies unfairly discriminate against Asian-American applicants. Harvard has rejected these allegations and has argued its race-conscious admissions policies are necessary to achieve diversity in its student body. The outcome of the suit — which could be appealed to the U.S. Supreme Court — may shape the fate of affirmative action at private colleges and universities nationwide.

Only 37 percent of surveyed presidents said they strongly agree or agree that they are “confident in Harvard’s defense of itself and the principles of affirmative action.” Sixty-two percent, however, agreed that colleges and universities should continue to account for race in their admissions processes. A majority of those surveyed — 57 percent — disagreed with a statement asking whether their institution is planning for a possible end to affirmative action.

Slightly over half also said private colleges like Harvard should continue to consider legacy status — whether an applicant has a family member who is an alumnus — when deciding whether to admit applicants.

Over the course of the admissions lawsuit trial, documents submitted as evidence made public previously unknown parts of Harvard’s secretive admissions process, including details about Harvard’s treatment of donors’ children and the contents of a handbook used to train incoming admissions officers. Despite the newly revealed information, surveyed presidents overwhelmingly thought the college admissions process remains opaque to most people.

Nearly eight in 10 believe “the public does not understand the concept of holistic admissions, by which applications are considered individually rather than deciding on admissions primarily based on a scale of grades and test scores.”

“Harvard College is committed to expanding opportunity, to excellence, and to creating the diverse community essential to fulfilling its mission of educating engaged citizens and leaders. Harvard’s admissions policies do not discriminate against any applicant from any group,” Dane wrote.

The survey also asked the presidents about a series of other topics related to higher education. Nearly half of those surveyed said they disagreed with recently released Department of Education guidelines seeking to reshape Title IX procedures at colleges and universities. Title IX is a federal law that prohibits sex-based discrimination at universities that receive federal funding, like Harvard.

A slightly higher number of respondents this year believed that “perceptions of colleges as intolerant of conservative political views are accurate,” rising from 32 percent in 2018 to 37 percent in 2019. At the same time, the number of respondents who indicated that they had concerns about Republican lawmakers' “increasing skepticism about higher education” dropped by 11 percentage points.

In January, Gallup invited 3,667 presidents to take the survey. The 784 that did so represented 436 public institutions, 320 private institutions, and 28 for-profit institutions.

University spokesperson Jonathan L. Swain wrote in an email that University President Lawrence S. Bacow did not take the survey.