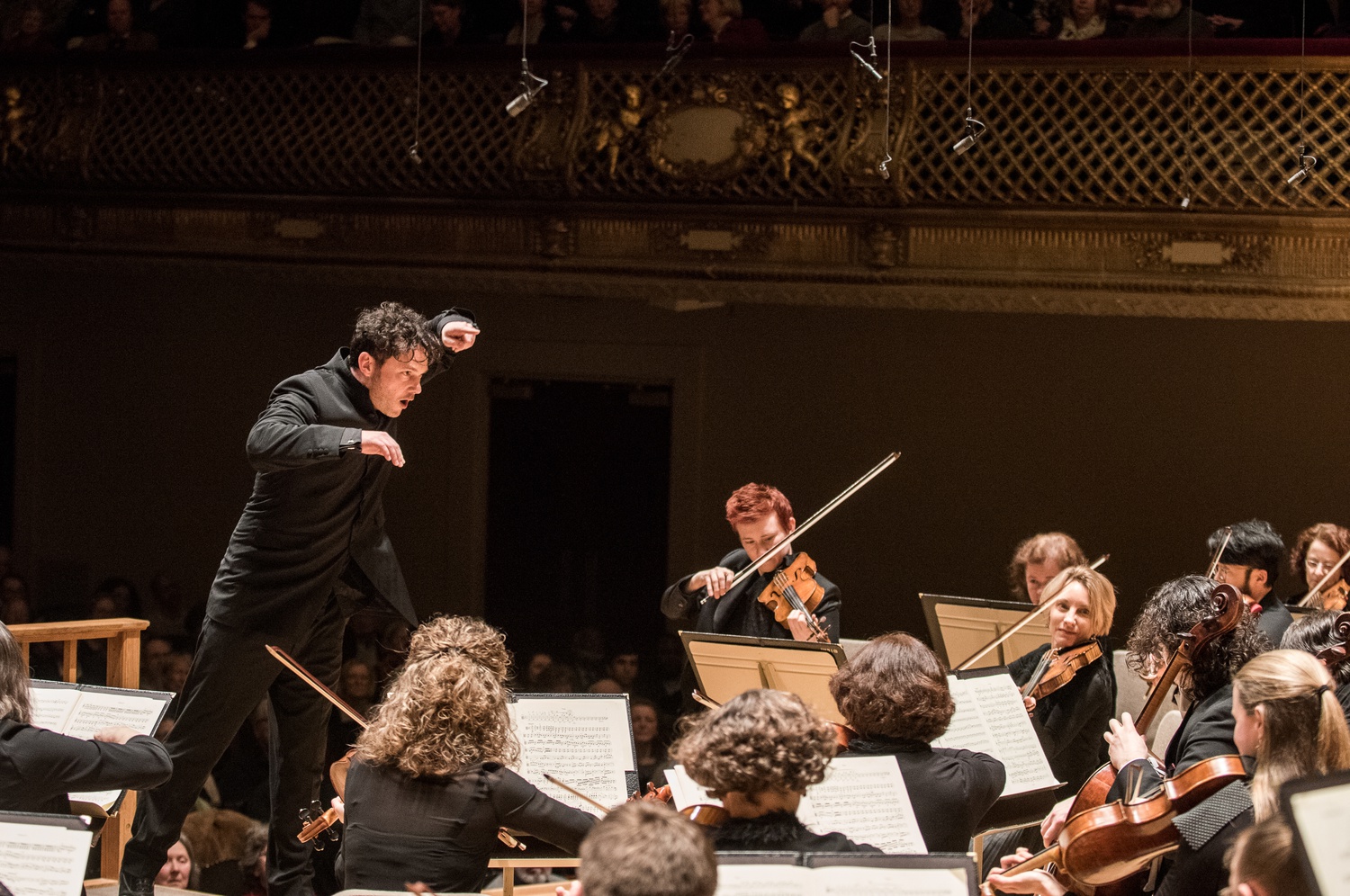 Accessible programming is a dangerous game. Landmark works in the classical canon come loaded with decades of interpretations, which not only heighten the listener’s expectations, but wear on the ear. Each tension and resolution slowly transforms a musical experience into familiar transaction — undemanding, but perhaps less rewarding too.

The Handel and Haydn Society confronted this risk head-on on March 10 with a high-octane performance of a well-worn program, featuring Beethoven’s Symphony No. 5 and Mozart’s “Magic Flute” overture, a risk which paid off. Despite the concert being a clear crowd-pleaser, the charismatic orchestra seemed to triumph in spite of the program, not because of it, which raises the question: What soaring heights could this orchestra reach given a fresher musical challenge?

In a sense, this was a concert with two beginnings. In a surprise addition to the program, listeners were first treated to a Collaborative Youth Concert, the culmination of a months-long education project, bringing together Handel and Haydn Society musicians and various high school choruses for a collaborative performance of Handel’s “Zadok the Priest.” Though programmatically disjointed from the rest of the concert, the performance showcased a remarkable level of choral skill and musical intelligence from the young musicians, under the lively direction of Emily Isaacson.

The orchestra first took on a unified sound, however, with the entrance of maestro Matthew Halls — the chemistry between conductor and ensemble truly brought the stage to life. From the jubilant opening chords of “The Magic Flute” overture, the orchestra seemed to speak for the first time.

Halls undeniably has a special ability to unite the ensemble. Key to Sunday’s performance was a palpable electricity between the conductor and the orchestra. As a group, the Handel and Haydn Society is far from the rigidity of conventional modern orchestras, instead using the concept of historic performance as an access point to a communal and dynamic performance practice. The result is a homogenous sound and a real feeling of investment from each individual player. In this performance, the ensemble’s sound felt so complete as a singular body that at times there was tension with soloist Eric Hoeprich ’76 in Weber Clarinet concerto, where famous virtuosic passages in the solo line were perhaps not as mellifluous and flush with the ensemble as possible. Hearing Hoeprich sensitively interpret the work on a period instrument, however — in this case, a timbrally fascinating replica of the original instrument for which Weber composed the work — was a rare and distinct pleasure.

The main course of the concert was, of course, Beethoven. Almost a victim of its cultural prevalence, from cult classic recordings to that notorious Walter Murphy disco instrumental most of us would rather forget, those tempestuous opening four notes are jarringly immortalized in classical music memory. It was therefore particularly apt that Halls, with borderline irreverence, thundered the opening motif into being before the audience had even ceased to clap. Discarded alongside the opening notes were notions of a tired and overwrought Beethoven performance. Given the legacy of the work, the Handel and Haydn Society’s claim in the program of an “ink-not-quite-dry” performance is barely conceivable, yet through sheer force of personality the Handel and Haydn Society came dangerously close to its goal. Indeed, the Handel and Haydn Society’s real triumphs lie in moments of spontaneous vigour, and Halls utilized this power to borderline excess, blasting through the symphony with an ecstatic buoyancy that overcame expectations and transported the listener.

This was not to say the performance was without its nuance — Halls’s historical performance sensibilities combined with the distinct sonorities of a period orchestra unveiled subtle colorings often hidden in modern orchestral renditions. The fourth movement in particular highlighted a sonically diverse wind section, the bassoon especially being a rare textural delight. However, the true victor of the concert was the piccolo, an almost outlandishly conspicuous, penny-whistle-like presence in the heroic finale to the symphony.

Sunday’s performance was undeniably a pleasure to experience, and on many levels deeply satisfying for the listener — this was reflected in the enthusiastic audience response that day. But the Handel and Haydn Society’s success in interpreting the familiar hints at a far greater, untapped potential. Throughout its 2018–2019 season, the Handel and Haydn Society has played it safe, sticking to landmark works of the classical repertoire, and in all its power to convincingly tell a story, the orchestra this year is leaving a plethora of experiences and narratives unexplored. Sunday night’s concert made a strong case for the continued relevance of period orchestras, but what would be more compelling is the development of a real musical footprint. The idea of reinventing classic repertoire is not a new one. To truly take the listener on a journey, the orchestra must showcase not only the classics we know, but bring us the classics we will come to discover.