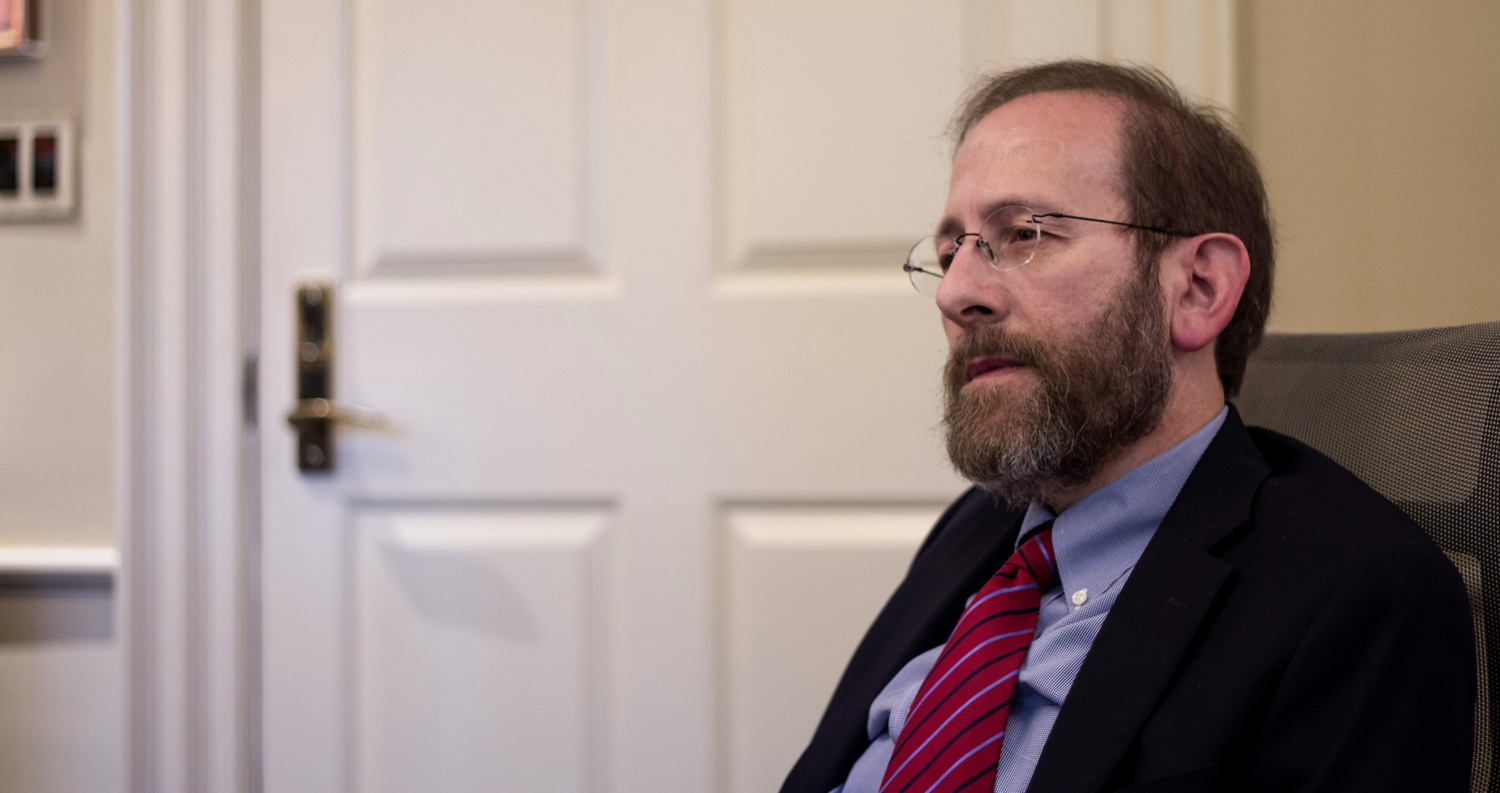 University Provost Alan M. Garber '76 updated Harvard affiliates Tuesday on the status of its negotiations with the union. By Helen Y. Wu
By Ruoqi Zhang

Harvard has estimated that the union’s economic proposal will double expenditures for each graduate student, according to Garber’s email. He wrote that the union’s proposal would have a “significant” financial impact on the University.

“Were the University to agree to these proposals, there would likely be direct consequences for the number of graduate students who could be supported,” Garber wrote in the email.

Union bargaining committee member Ashley B. Gripper, however, contended that the University’s proposals did not adequately address student concerns.

“The administration’s proposed economic package, taking into account cost of living increases, would likely amount to a net loss for student workers over the next three years and a net loss as compared to the status quo,” Gripper wrote in an emailed statement.

The union described the University’s compensation plan as an “effective pay decrease” in a bargaining update posted to the group’s Instagram account. The proposed increase in graduate student stipends across a three-year period would be the smallest raise over a three-year period in a decade and would not keep up with the living cost, according to an HGSU-UAW bargaining update.

The University, however, contends that its proposals are “responsive” to the union’s requests.

“The University has put forward a strong set of economic proposals that are responsive to HGSU-UAW’s stated priorities and further recognizes the significant role student workers have in Harvard’s mission, while also ensuring their opportunity to succeed in their academic pursuits,” University spokesperson Jonathan L. Swain wrote in an emailed statement.

The union also criticized the University’s proposals for childcare and a set minimum wage across Harvard, calling them inadequate. Gripper wrote that while more than 400 student workers at Harvard are parents, Harvard’s proposal would only cover the cost of childcare for 14 children.

Gripper also said the University’s $15 minimum wage proposal is lower than current standards in most departments. Current Massachusetts law stipulates a $12 hourly minimum wage. The living wage at Boston is calculated to be $14.85, according to the City of Boston.

“The University’s proposals would guarantee salary increases for the next three years for non-hourly student workers, including research assistants and teaching fellows/assistants, while raising the minimum pay rate for hourly workers,” Swain wrote in the statement.

Swain also wrote that the University’s proposal is in line with the contractual terms negotiated by United Automobile Workers – HGSU’s affiliated international union – at other institutions and informed by data that included the living wage rate for the Boston-Cambridge area.

Harvard and HGSU-UAW’s economic proposals are not the end, but the starting point, for the negotiations surrounding economic issues, wrote William A. Herbert, the executive director for the National Center for the Study of Collective Bargaining in Higher Education and the Professions at Hunter College, City University of New York.

“During the bargaining, it is likely that the parties will be discussing the overall cost of the respective proposals, the negotiated economic packages at other institutions, and ways to reach agreement acceptable to both sides,” Herbert wrote in an email.

Garber’s email comes just a few days before the one-year anniversary of student workers’ vote to unionize at Harvard. On Thursday, HGSU-UAW will release an ad campaign across national television networks criticizing Harvard’s approach to handling allegations of sexual harassment on campus.

HGSU-UAW has repeatedly called on Harvard to agree to a proposal that would allow student workers to pursue a third-party grievance procedure for resolving sexual harassment and discrimination complaints. Harvard has countered, arguing that the school’s current Title IX processes — with small adjustments — are sufficient.