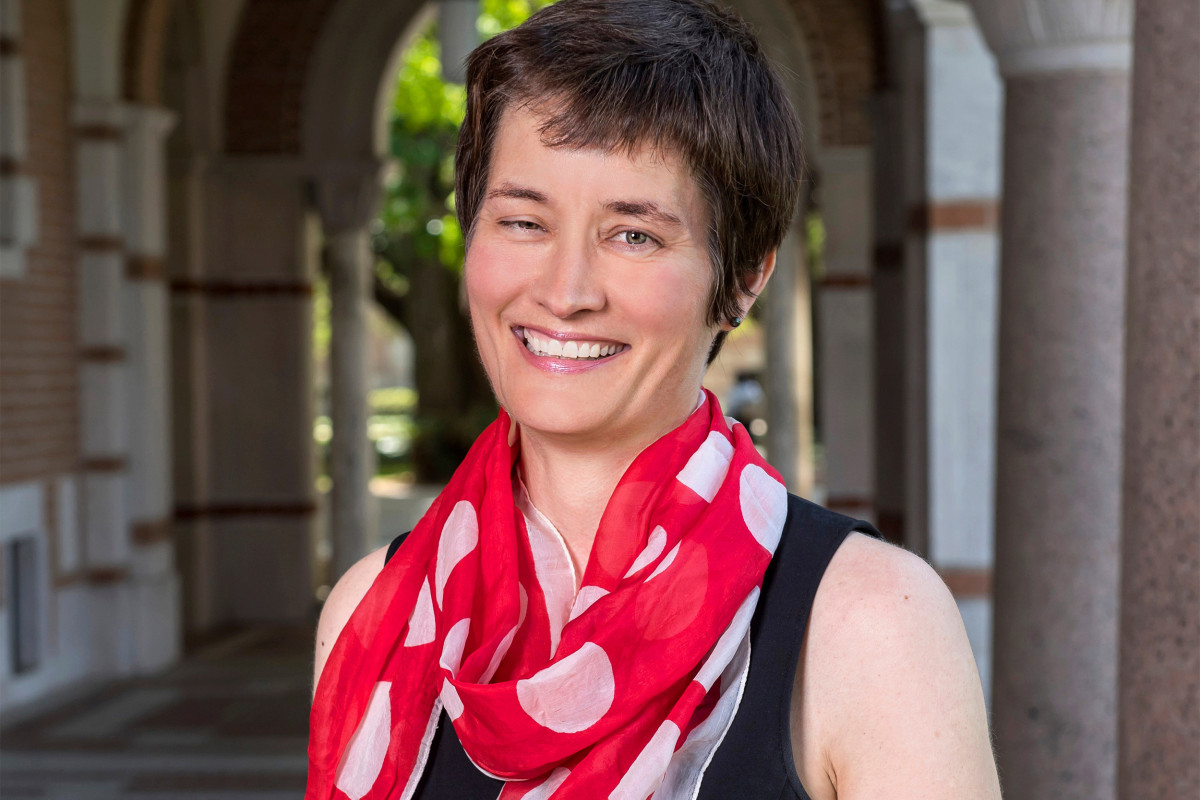 Rice University Dean of Architecture Sarah Whiting will be the next dean of the Harvard Graduate School of Design, the University announced Wednesday. By Courtesy of Tommy LaVergne/Rice University
By Aidan F. Ryan, Crimson Staff Writer

Sarah Whiting, the dean of architecture at Rice University in Texas, will be the next dean of the Harvard Graduate School of Design, the University announced Wednesday.

Whiting will succeed Mohsen Mostafavi, who announced he would depart at the end of this academic year in October 2018, bringing his 11-year tenure as dean to a close. Mostafavi's resignation comes after Harvard affiliates circulated a spreadsheet in spring 2018 detailing anonymous allegations of sexual and racial misconduct perpetuated by men in architecture. The document included accusations against Mostafavi and other Graduate School of Design affiliates.

During her nine-year tenure at Rice, Whiting helped restructure the school of architecture’s curriculum, worked to enhance facilities on campus, and increased funding for research and course development. Whiting also chaired search committees for several administrative roles in the arts and humanities.

Whiting also serves on Rice’s board of trustees as part of the building and grounds design subcommittee.

University President Lawrence S. Bacow said Whiting has a “keen understanding of design” and has engaged with some of the “hardest challenges” in design that contemporary society faces in a press release Wednesday.

“Sarah Whiting is an outstanding leader with broad interests that range across the design disciplines and beyond,” Bacow said. “She has a keen understanding of the intellectual dimensions of design and its distinctive power to shape the world of ideas.”

Bacow also said he looks forward to Whiting’s return to the Graduate School of Design, where she served as a design critic, assistant professor, and associate professor in the Department of Architecture from 1999 to 2005.

“I have been deeply impressed by her during the course of the search, and I greatly look forward to welcoming her back to Harvard,” he said.

Whiting said she is “thrilled” to return to Harvard and is excited to work with the “remarkable” students, faculty, staff, and administrators at the Graduate School of Design.

“The GSD has long been a center of gravity for my thinking and actions, and I’m thrilled to be returning,” Whiting said. “It is altogether tantalizing to look across the School’s three departments, with their individual and collective capacities to shape new horizons within Gund Hall.”

An expert in architectural theory and urbanism, Whiting’s work focuses on the connection between architecture and politics, economics, and society. Whiting was named educator of the year by DesignIntelligence in both 2014 and 2018, Architectural Record magazine’s Women in Architecture program in 2017, and by the Houston chapter of the American Institute of Architects in 2016.

Mostafavi said Whiting has a strong “intellectual commitment to design education” and that he is excited for her to lead in the press release Wednesday.

“Sarah Whiting is an exemplary academic leader and colleague,” Mostafavi said. “I am delighted that she will be returning to the GSD to help shape the next phase of this incredible School’s journey.”

Whiting’s appointment comes after students organized around the dean search. One group re-published an open letter identical to one published 12 years ago during the last dean search in an effort to argue that many of the same issues at the time are still pertinent today. The letter included calls for the search committee to find someone who would support “interdisciplinary collaboration” and make an effort to increase faculty diversity.