Portrait of an Artist: Clarissa Jacobson 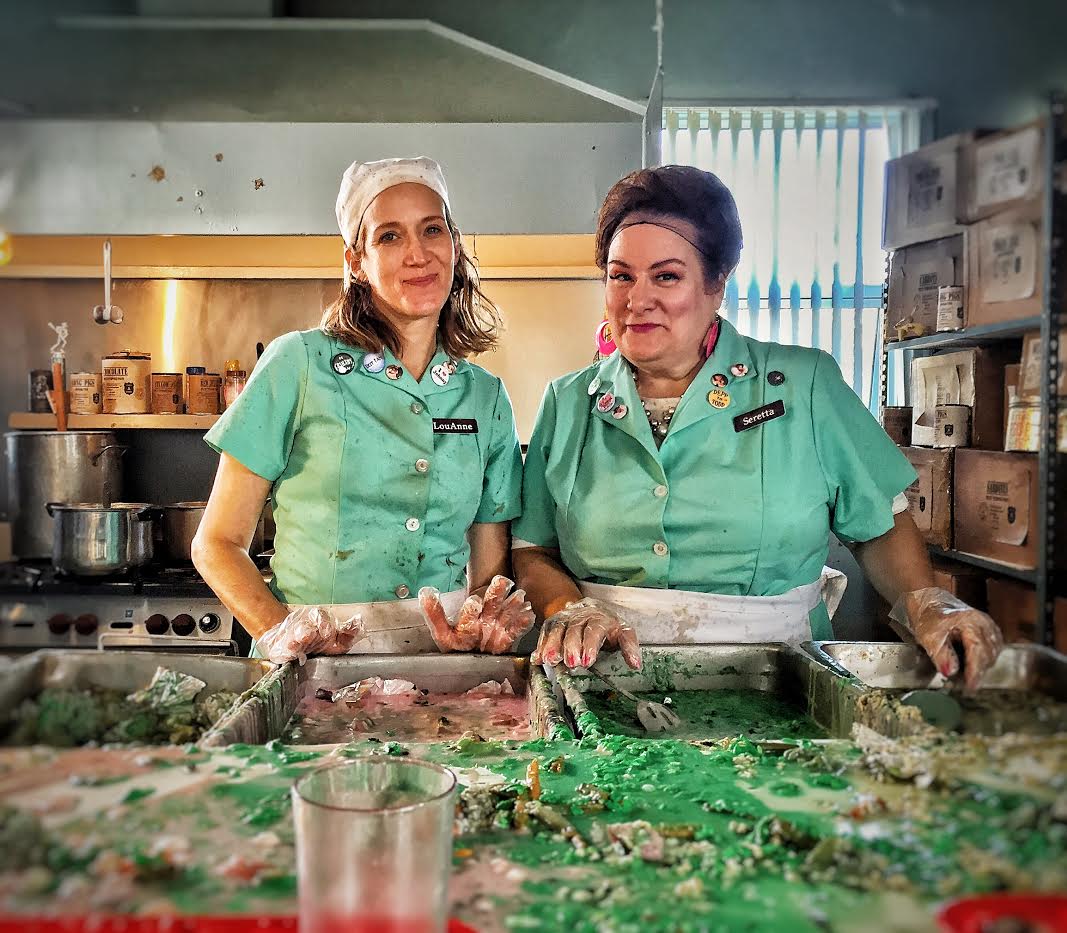 Clarissa Jacobson has been acting since she was a child but holds screenwriting in a special place in her heart. After traveling to international film festivals such as the South African Horrorfest and Glasgow Horror Festival to promote her script, she recently released her short film, “Lunch Ladies” on Amazon Prime. “Lunch Ladies” follows two mediocre lunch ladies with a mischievous culinary plan after one student insults their Johnny Depp obsession. Since its release, “Lunch Ladies” has garnered international acclaim, appearing at the Clermont-Ferrand Film Festival, and earned over thirty awards. The Harvard Crimson sat down with Jacobson to discuss her short film and the process of combining comedy and horror.

The Harvard Crimson: How did you get into filmmaking and what is your background working in film?

Clarissa Jacobson: My entire life up until four years ago, I thought I was an actress. I always wanted to be an actress since I was a kid. At Indiana University, I majored in theater and telecommunications and then I went to the American Musical and Dramatic Academy in New York and majored theater. What happened was I discovered that my true love was creating characters. By a weird series of events, I ended up taking this class during a writing salon and I discovered that my passion was screenwriting.

THC: What spurred your inspiration for the “Lunch Ladies” short?

CJ: Donna Pieroni, who plays the lead in [the show], and I were out to dinner and she said to me, “God, there’s so few roles for two women that are dead — who are over the age of 21 in LA where everything is about being 19, 20, 21.” And she said, “I always go to auditions with this other woman and we’re friends and I really like her but in fact, it’s kind of competition because we know one of us would get the role. I wish someone would write a really good role about lunch ladies because then we can both get the role.” And I told her I’d love to write a movie about lunch ladies.

Most indie shorts have a certain vibe. They are super heartfelt and shed a light on something really bad like global warming. One day I was meditating, and it came to me to make “Lunch Ladies” a genre film, but that was so weird. Then, I started getting so excited about it. It straddles the genres of comedy and horror. It was not your typical indie film, but it was really what I wanted to do.

THC: Was it harder to write for comedy or horror? How did you decide to mix the two genres together?

CJ: I think that comedy is the hardest thing to do in the world. I feel like comedy and horror are two sides of a coin because both have heightened emotions and are hard to do well. Drama gets a lot of love, but honestly, and I like writing drama too, drama is easier than comedy and horror. In comedy, you’ve got to deliver. There’s so much pain in comedy, and that’s what makes it funny.

I discovered horror by accident. I don’t like blood. I don’t like thinking about horror. And my teacher said to me, “If you’re scared to write, you have to write it.” It turned out to be a great script, and I had so much fun writing it. My teacher was saying that when you write dark, or when you go to a place where you never go to, like if there’s a murder happening, it’s super creative because you never go there in real life. I love writing horror now — it's my favorite thing to write. And “Lunch Ladies” is comedy horror, so that kind of melded my love of comedy too.

THC: What has international reception to “Lunch Ladies” been like? Has the reception been different than in the US?

CJ: It’s been incredible. When I first started this, one of the things people would tell me was that comedy doesn’t play overseas. I had to disprove that because I wanted a producer who would make this movie and didn’t want to make movies that were only going to play in the US. Comedies do play overseas.

There are countries that like your films more than other countries, but what you find is that there is a human bond. We all laugh at the same things. We cry at the same things. “Lunch Ladies” played a ton in France, Germany, Spain, Ukraine, Italy, Netherlands, South America. It played everywhere. It’s because I took the chance and wanted to enter foreign festivals and figure out to get subtitles done that I have 10 different subtitles and distribution around the world. People in other countries love American movies, just like I love French and Scandinavian movies.

THC: I was particularly drawn to your website’s “Hairnet Club” as a tribute to the main characters. Could you speak more about that and when that started?

CJ: At festivals as a part of the swag, I’d give away these hairnets. One time, someone opened [a hairnet] up and took a picture. And all of a sudden, it occurred to me that it would be funny to have a Hairnet Club.

People started sending pictures. For the first one, a woman sent a picture with a cat with a hair net. It was incredible. I got a couple of cats, a couple of dogs, and then people. This guy from the UK sent me a really ridiculous picture — with two lunch ladies with hair nets and bloody cleavers.

I’m always trying to think out of the box on how I can promote [the movie], how can I be different, and how can I really encapsulate the brand and feel of the film which is all about being the underdog and other crazy things.

THC: Now that you’ve spent so much time with “Lunch Ladies,” what is your ideal cafeteria lunch?

CJ: Cinnamon rolls definitely have to be there. Now I’m kind of a health nut, so I’d probably want a seaweed salad, sushi — and cinnamon roll, of course, on the side.