‘The New Pie’ is Filled with Challenging Yet Accessible Recipes 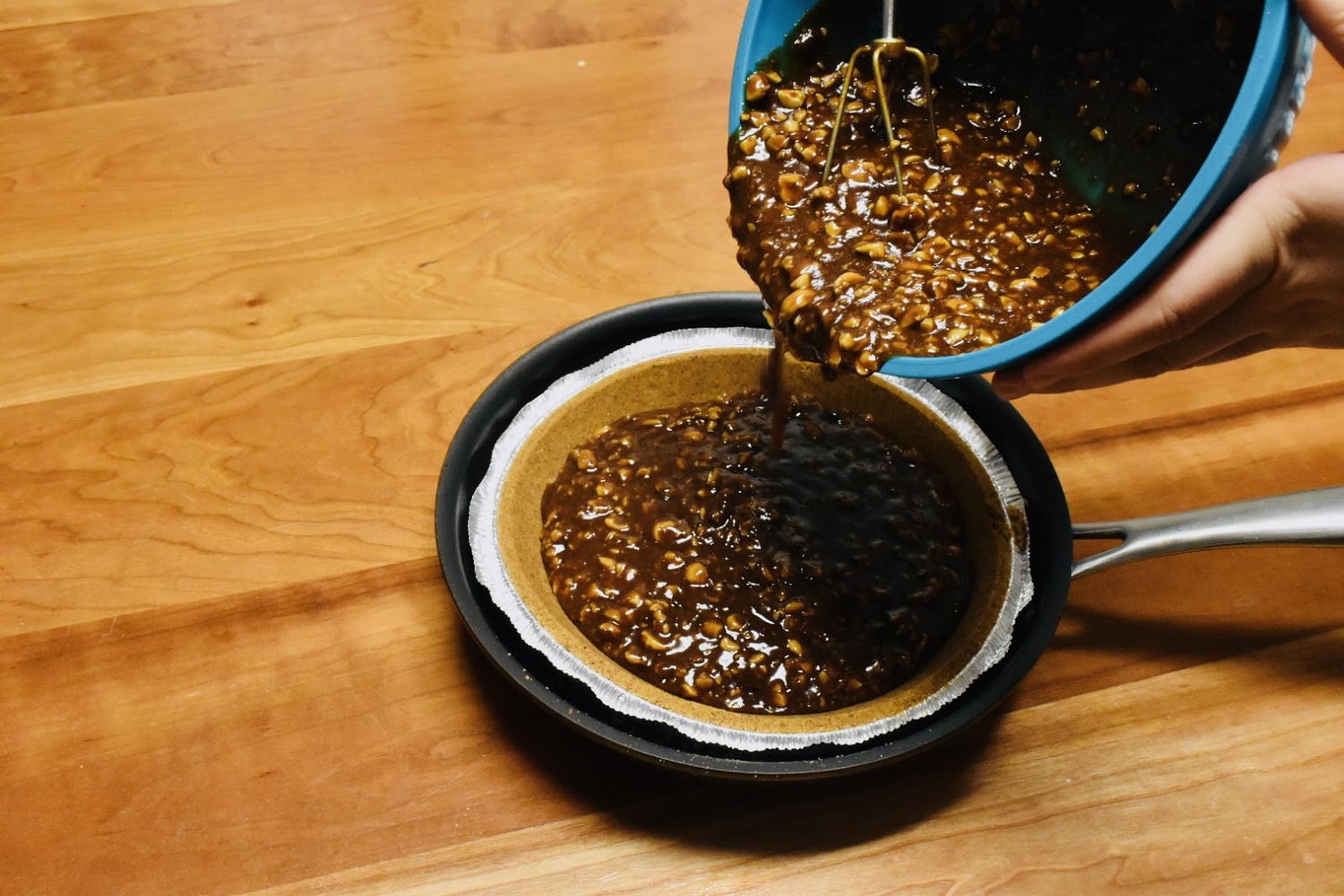 Name any holiday, and you’ll likely find the perfect pie for it. From crisp apple pies signaling New England fall to pumpkin pies unfurled on the Thanksgiving dinner table, separating specific pies from their traditions quickly turns into an impossible task.

In their cookbook debut, “The New Pie,” expert pie bakers Chris Taylor and Paul Arguin challenge this interpretation. They both agree that pie, despite its enduring qualities, should not “be confined to what pie has always been.” With over 15 years of combined competition experience and mountains of accolades to boot, Taylor and Arguin offer a convincing glimpse into why innovative pies transcend traditional pies.

Taylor and Arguin aren’t your casual pie bakers turned cookbook writers. Since their first pie contest in 2011, they have won over 500 baking rewards. Now a married couple, they recently won the 2017 National Pie Championships with their Checkerboard Peanut Butter Pie. Their mutual love for each other and pie become evident throughout “The New Pie” with their shared stories of recipe inspiration. In the blurb for the Nicolé pie, the authors fondly recount their delicious meals and cocktails at Nicolé, “a small Italian restaurant tucked away on a side street in St. Thomas.” Learning about their explorations make their cookbook a heartwarming read, one that leaves you eager to jump into the next pie competition with them.

Unlike cookbooks that churn out a high quantity of recipes, Taylor and Arguin’s smaller list of 75 pies allows them to incorporate stunning photographs with every page flip. Ripe colors and rich textures capture the delicate pie making ritual from kneading the dough to cutting the first slice. Along with the detailed instructions and personal anecdotes, the photographs provide the baker with an aesthetic goal to strive for.

Even with the authors’ established pie-making profundity, they realize that not all pie recipes, and pie cookbooks, are created equal. By incorporating difficulty scales for ingredients, equipment, and construction into each recipe, the cookbook appeals to all pie makers and bakers. They hook bakers with easy-to-make recipes, such as German Chocolate Pecan and Tahitian Pineapple. Recipes such as the Double Bubble, on caliber with winners produced at the National Pie Baking Competition, offer bakers aesthetically pleasing challenges. But while the cookbook does not shy away from tough techniques, the recipes with three-star difficulty ratings are accompanied by reassuring advice for the first time baker: that the pies are “entirely doable if you follow the instructions.”

And yet, while the authors do their best to make each recipe accessible, recipes do not indicate how long each pie takes to make. While pie makers should expect lengthy preparation, baking, and assembling times, accurately gauging the length of each process would certainly help any kitchen scenario. Baking pies is laborious, but “The New Pie” succeeds as a cookbook for both new and experienced pie bakers seeking a culinary challenge.

Some recipes, such as the Chocolate Hazelnut Pie, include ingredients that were challenging to find, despite the difficulty level being only a two out of three. The ingredients for these recipes range from common finds, such as bittersweet chocolate chips, to the peculiar malted milk powder. But locating the malted milk powder in your local grocery store may present a challenge. If the recipe shows two or more stars for equipment, be prepared for a grocery scavenger hunt. And yet even with the few substitutions, the Chocolate Hazelnut Pie turned out moist, dense, and most importantly, delicious.

“The New Pie” deserves a place on your kitchen’s shelf. It is the ultimate guide to crafting the perfect nontraditional pie for your next dinner party, friendly date, or holiday meal. By exposing more people to the creative potential in traditional pie recipes, new pies will give our traditional holidays a much needed modern twist.