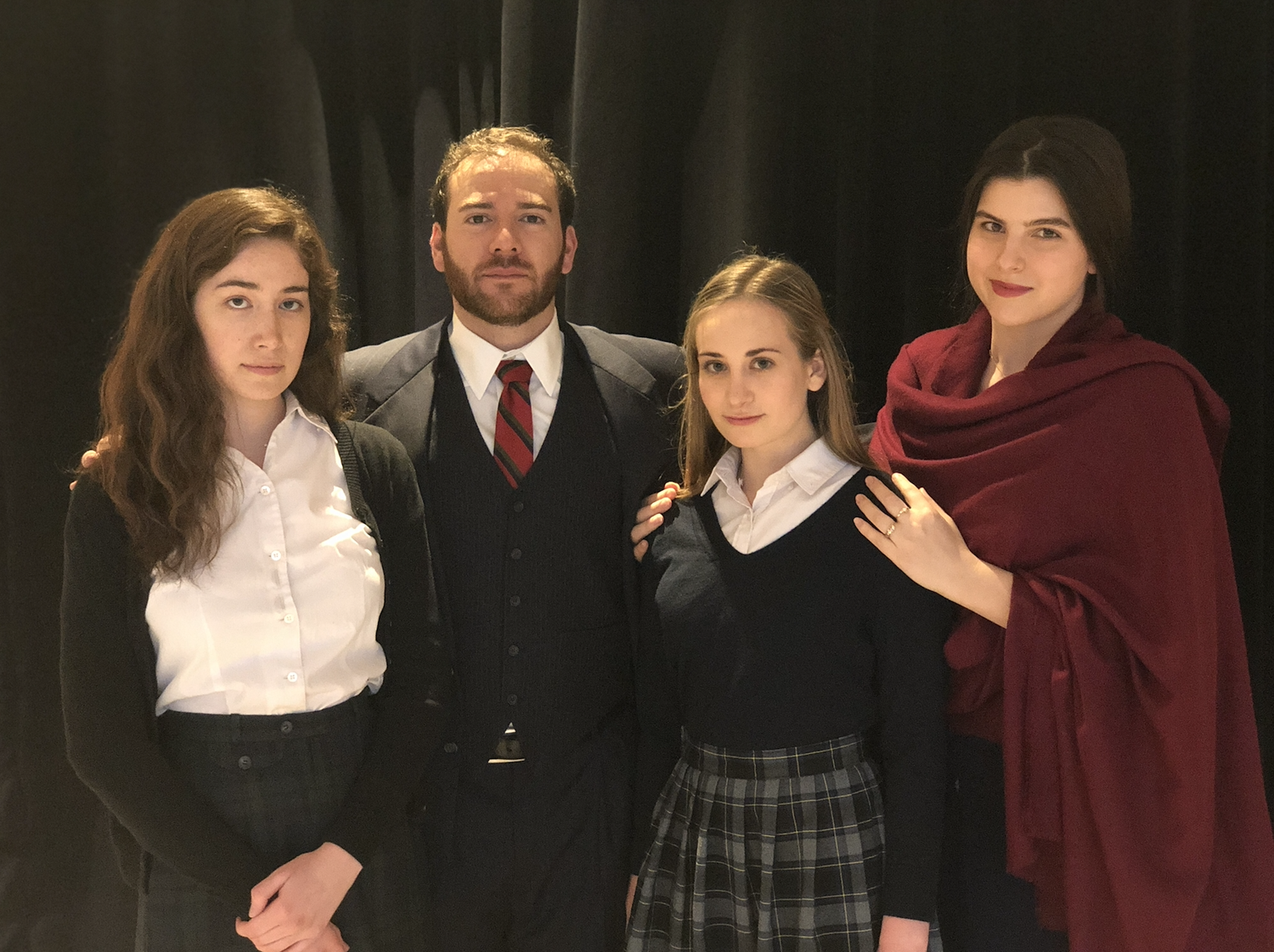 Students portray the Frank family in “The Diary of Anne Frank” at the Loeb. By Courtesy of Gregory E. Lipson
By Gabriella M. Lombardo, Contributing Writer

A small cast and crew of undergraduates are bringing “The Diary of Anne Frank” to the Loeb Experimental Theater on April 26. The story of the 13-year-old girl in hiding with her family during the Nazi occupation of the Netherlands has long been an emblem for the suffering of the Jewish people in the Holocaust. Director Gregory E. Lipson ’20 seeks to present an intimate picture of the Frank family’s two years of concealment in this eternally relevant and true story.

Adapted from Anne Frank’s remarkable diary, the play, written by Frances Goodrich and Albert Hackett, premiered on Broadway in 1955. It won the Tony Award for Best Play and the Pulitzer Prize for Drama in 1956.

“The Diary of Anne Frank” marks the fourth Harvard production that Lipson, a Theater, Dance & Media concentrator, has directed. In order to capture the claustrophobic quality of the tiny annex –– the upper rooms of Otto Frank’s business in which his family hid — Lipson opted to present the play in the round.

“There’s this very fascinating juxtaposition in the play: These are people who are desperately trying to be seen by the people around them in the annex,” Lipson said. “At the same time, if they’re seen by the outside world, they will literally die. And there aren’t really higher stakes than that. So, I wanted to see if there was a way to highlight that juxtaposition by actually having them being watched on all sides throughout the play.”

For Judy F. Durkin ’22, playing Anne Frank is a way of honoring her story. “I first read the diary when I was 13 –– the same age that Anne was when she went into hiding,” Durkin said. “I think what the diary does for Anne is it gives her this outlet to share all of her feelings so that she can then exist among everybody else, but still get it out of her system.”

While the plot follows the events described in her diary, the majority of the direct quotations from Anne’s entries are done in voiceover during scene changes. Lipson chose to incorporate expressionistic movement during these transitions to give reverence to Anne’s narrative voice. “What is a way that I can really elevate these voiceovers and make something out of them so that they’re not just clunky transitions?” Lipson said he asked himself. “I think these transitions do a really good job of letting you focus on what Anne is saying. They also, to an extent, punctuate the scenes.”

Ben I. Ubiñas ’19 plays Mr. Dussel, a dentist who joins the group in hiding and shares a room with Anne. When asked about the play’s resonance today, Ubiñas said, “Of course, people feel empathy for Anne Frank, but the in-your-face, blatant understanding of the human cost of scapegoating, marginalization, persecution –– these sorts of things that are coming back –– it’s a message that matters.”

In the lobby of the Ex, there will be an educational display of Nazi propaganda –– a gesture that Lipson and members of the crew considered especially important. “We are trying to connect the show as well to the present day in which there’s a lot of propaganda and fake news,” Lipson said. “I’m not trying to make the play relevant by changing any lines or adding anything in. I think the material is relevant in itself. I’m just hoping that people walk away from the show and have a conversation with someone, whether it’s about Anne Frank specifically or about anti-Semitism in the world.”

“The Diary of Anne Frank” will run April 26 through May 4 in the Loeb Ex.