From Cannes: ‘Port Authority’ A Step In The Right Direction 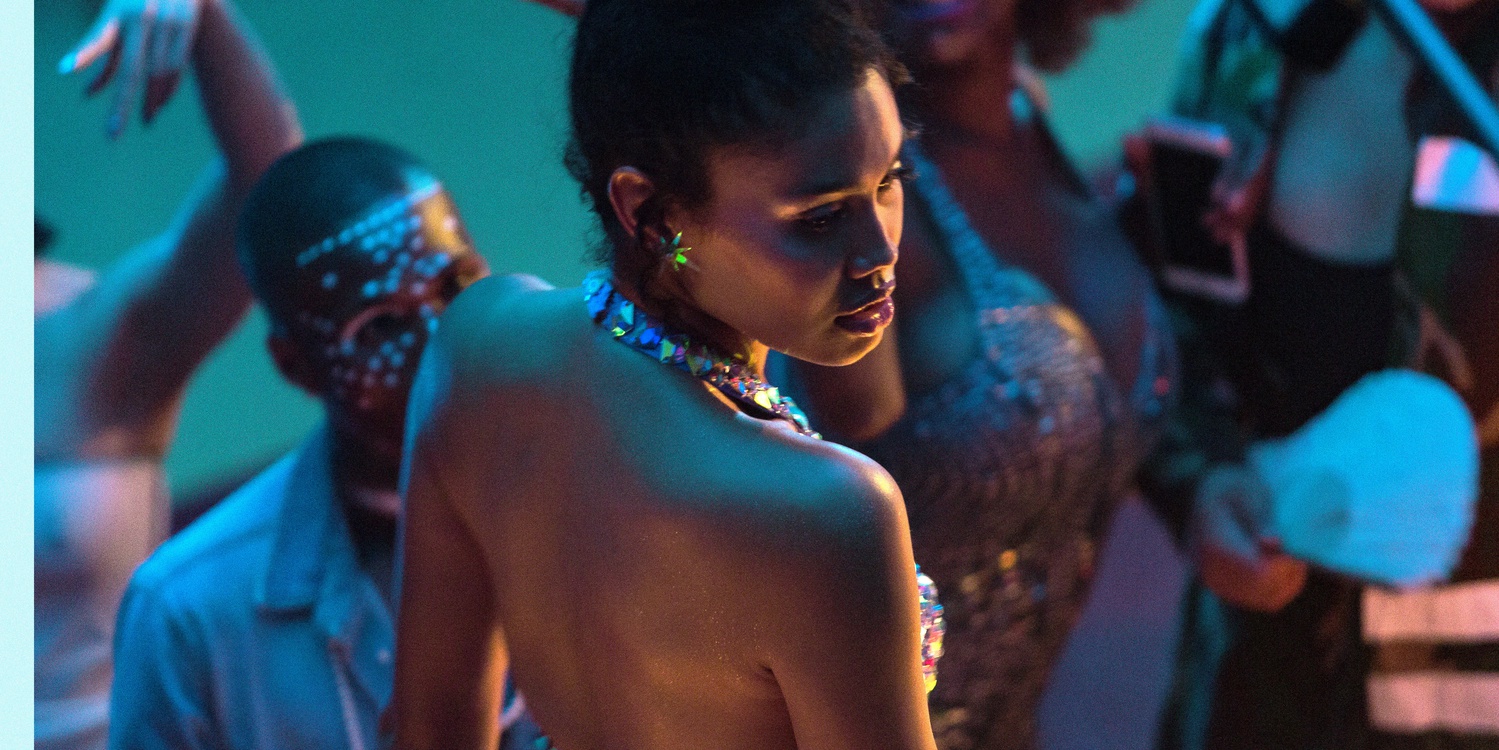 Leyna Bloom stars as Wye in Danielle Lessovitz's "Port Authority," which premiered in the Un Certain Regard category at Cannes. By Cannes Film Festival
By Lucy Wang, Crimson Staff Writer

It’s nighttime at Port Authority, the largest and busiest bus terminal in the city that never sleeps. Outside the station steps, an animated group of dancers energetically vogue to a catchy beat. A white teen smoking a cigarette watches from afar, hidden in the shadows of the station, with his eyes especially drawn to a poised beautiful girl. So opens director Danielle Lessovitz’s film “Port Authority,” which premiered in the Un Certain Regard category at Cannes. Though Lessovitz features an underrepresented perspective in a non-cisgender primary character, it’s still a pretty formulaic love story that had potential to be so much more.

The boy turns out to be Paul (Fionn Whitehead), who’s just arrived in the city with no place to go. He soon gets taken under the wing of street rat Lee (McCaul Lombardi), who gets him a place to sleep in a city shelter and a job evicting tenants on behalf of their landlords. When he finally tracks down his stepsister, Sara, she decides that she doesn’t want anything to do with him and offers to give him money to shoo him away. Lessovitz weaves together familiar themes of such as finding opportunity in New York and getting caught by the flawed housing system. But adding in the Harlem Kiki ballroom — an younger offshoot of New York’s ballroom subculture — gives the well-tread narrative a spin. Following another boy in the homeless shelter after seeing him vogue at night, Paul meets Wye (Leyna Bloom), the same girl he first caught sight of at Port Authority, and quickly falls head-over-heels for her.

Lessovitz’s Paul is troubled, gauche, and mostly well-intentioned, and Whitehead perfectly embodies his awkwardness and pent-up feelings. In a somewhat clichéd exploration of Paul’s coming of age, Lessovitz also delves into Paul’s own inquiry into his sexuality, and her realistic portrayal of cringey quintessentially adolescent moments feels like a genuine effort. Paul is relatively aloof in Lee’s ulta-masochistic circle, constantly doling out homophobic slurs and jabs, setting a stark contrast to the unleashed Harlem ballroom drag scene that Wye brings Paul to. After Paul half-confronts Wye about her transgender identity (which Lessovitz drops hints of throughout the film but comes as a complete shock to Paul), sputtering, “Why didn’t you tell me?”, Paul is forced to rethink his sexuality. Lessovitz juxtaposes Wye’s level-headedness and rational behavior with Paul’s confusion and anger: Itching to start a fight, Paul goes out to the streets and approaches a group of strangers and asks one of them, “Can someone punch me?” The plead for a fight is not Paul’s first trifling with anger. Upon his first meeting with Wye, Paul explicitly tells Wye, “I have an anger thing.” Despite his reserved nature and inability to express his feelings, Paul still opens up to Wye about his past of bouncing around foster homes and missing his mother, who died before he got to say goodbye, revealing the trust and vulnerability he shares with Wye. Lessovitz avoids plunging the two into a completely transparent and hopefully relationship too quickly, as Paul hides from Wye that he actually lives in the shelter and instead shows her Sara’s apartment, passing it off as his own.

Bloom is making history as the first transgender person of color to star in a film at Cannes. Her resolute and mesmerizing eyes add not only to the allure but also toughness of Wye’s character. The physical chemistry between her and Paul radiates off the screen in a simple scene when she asks him to help take her measurements for a costume for an upcoming walk. Bloom’s dancing, as well as the rest of the voguing cast, is fantastic. Their voguing and walking scenes are glamorously entertaining, as the camera captures the flashing lights of the ballroom and highlights the dancers’ figures.

Ultimately, “Port Authority” provides one realistic take on a contemporary BGLTQ romance, but it falls short of providing social commentary and innovating cut the hackneyed nature of young love stories. Still, Lessovitz’s film and casting decisions are steps in the right direction, leaving her audience with hope for the future of underrepresented BGLTQ voices in Cannes.