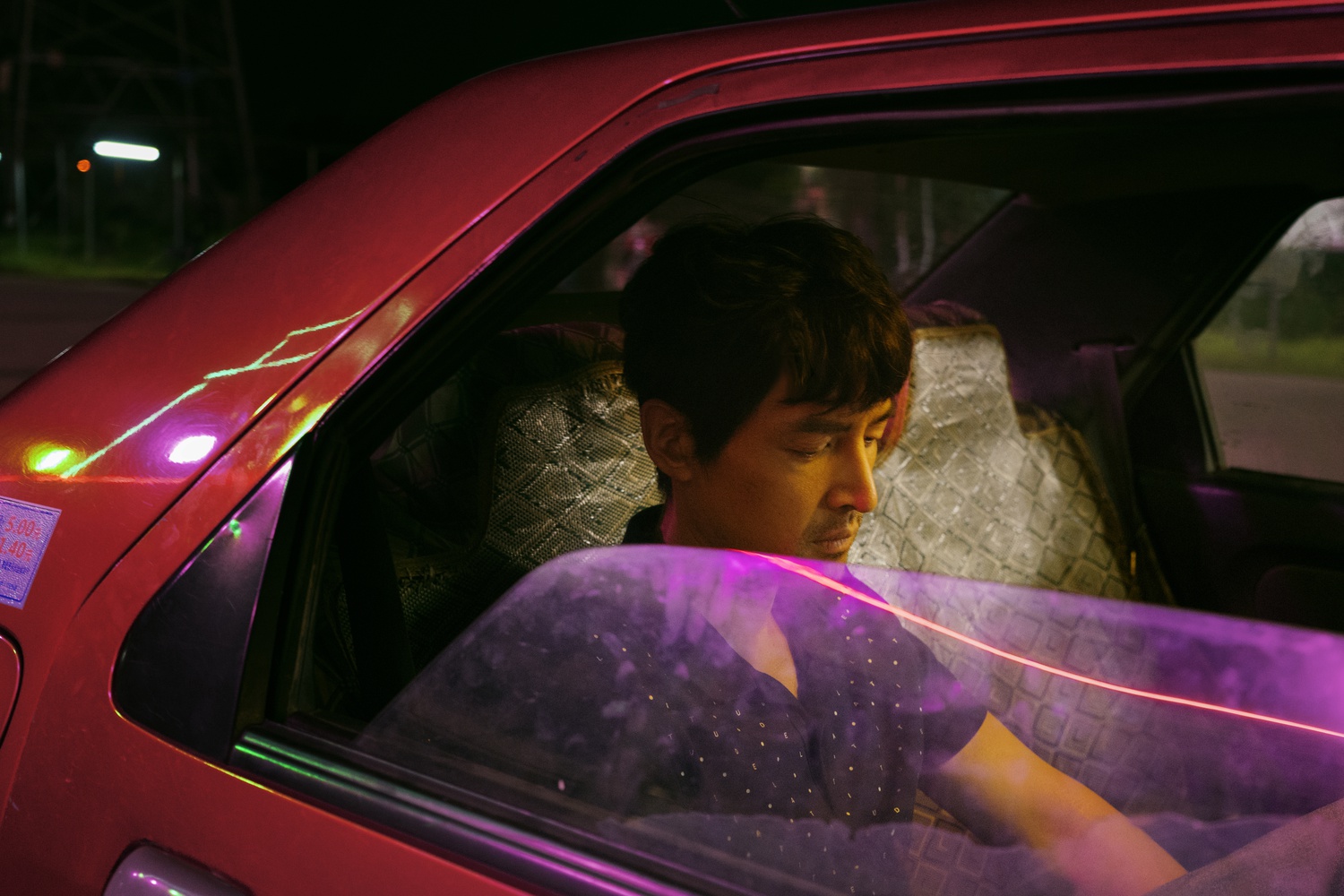 In “Nan Fang Che Zhan De Ju Hui” (“Wild Goose Lake”), director Diao Yinan explores the landscape of impoverished semi-rural China through a thrilling criminal manhunt. In spite of its undeveloped characters, the result is a spectacularly shot and edited film that shows great promise for the emerging director.

The story seems doomed from the beginning. On the run with a $300,000 Yuan bounty for his capture, motorcycle thief and ringleader Zhou Zenong (Hu Ge) meets Liu Aiai (Gwei Lun-mei), who is a charming young woman claiming to be sent by one of Zhou Zenong’s colleagues Huahua (Qi Dao). Aiai works as a “bathing beauty,” prostitutes who hang around the beaches near the local Wild Goose Lake. Diao then retraces the story up to that moment through two flashbacks, one from Zhou Zenong’s perspective and the other from Aiai’s, leading up their rendezvous at the suburban train station that opens the film.

From Zhou Zenong’s perspective, a fight that broke out during a gangster convention over territorial claims resulted in shots fired, tensions erupted, and a declaration of a competition between thief gangs, culminating in the brutal decapitation of one of Zhou’s own men. Fleeing the scene, Zhou Zenong accidentally shoots at the police and kills one of them, setting off a manhunt led by police captain Liu (Liao Fan). The underground gangs also join the chase after Zhou in hopes of nabbing the hefty reward for capturing him. Though Zhou wants his wife Yang Shujun (Wan Qian) (who he hasn’t seen in five years) to turn him in so she and their son can live off the reward money, the plot is cluttered with side narratives of alliances and bitter rifts between supporting characters. Diao does not develop any of the characters to their fullest potential, and focuses on isolated episodes involving them rather than providing insights into their pasts, and the cautious nature of the high-stakes situation — it is a criminal manhunt for a murderous thief, after all — keep the characters from developing nuanced personalities.

Beyond the complex plot, “Wild Goose Lake” is gorgeously shot. Diao’s action scenes are succinct and capture the climatic moments with closeups of lethal weapons hitting their targets. The scenes are also amusing in their variety (cinematography by Dong Jingson) from a noodle slurping scene in a shabby restaurant to a middle-of-the-night scouting scene in a zoo, featuring giraffes and elephants. In other places too, Diao is not afraid to indulge his imagination. He shows an exhausted Zhou Zenong hiding out in a room, facing a wall covered in newspapers and old photographs. As he points his gun across the tabloids, the camera zooms over each photo, animating the stills, complete with sound effects. Sound editor Zhang Yang elevates the camerawork throughout the film, occasionally dropping in some tastefully inserted Chinese tunes.

Diao also captures the grunginess of semi-rural cities in China with a jeering eye and a sense of humor. A sick dog lays whimpering on a hospital bed with his owner just feet away from where the doctor removes a bloody bullet from Zhou Zenong’s shoulder. The crumbling rooms in the deteriorated apartment complex where a few of the violent standoffs take place resemble holes in a block of moldy Swiss cheese. Diao, who also wrote the screenplay, uses humorous dialogue to make a commentary on Liu’s police force: In one scene, one of the many local policemen called in to join the manhunt innocently asks, “Where can we practice shooting? I’ve never had to use my gun before,” and Liu chews out another policeman for wearing a “flashy” fake Versace t-shirt. There’s almost a parallel between the scenes of the gang “convention” and the police assembly that Captain Liu holds later to try to track down Zhou Zenong, as the respective leaders split up territories to different assignments of people, in one case to steal bikes, and the other to find Zhou. Since both the police and the gangs employ vicious tactics to achieve their ends, Diao refrains from framing any side from blatantly right or wrong, and seems to suggest that these entities aren’t so different after all.

Disappointingly, Diao reduces his female characters to figures who are helplessly implicated in the complicated plot without much agency or personal motives. Even their double-crossing betrayals are more for self-preservation than they are defiant acts, considering the criminals and unscrupulous authorities they’re working with. Though “Wild Goose Lake” has no intention of being a emotional romance, Diao inserts salacious teasers — including a physically intimate scene between Aiai and Zenong on a canoe in the lake at night — that then fail to add anything substantial to the story.

Director Quentin Tarantino attended the premiere of “Wild Goose Lake,” which opened in the Competition at Cannes. Diao’s works, though too few and too early to tell, does indeed bear some resemblance to Tarantino’s, with his non-linear storytelling, resonances with film noir, and scenes of unfiltered violence. His last film, “Black Coal, Thin Ice,” took home the Golden Bear Award at the Berlin Film Festival in 2014, and “Wild Goose Lake,,” though not groundbreaking, follows a hopeful trajectory in Diao’s works. Perhaps a new Tarantino is in the making.