From Cannes: ‘La Gomera’ (‘The Whistlers’) A Middling Delight 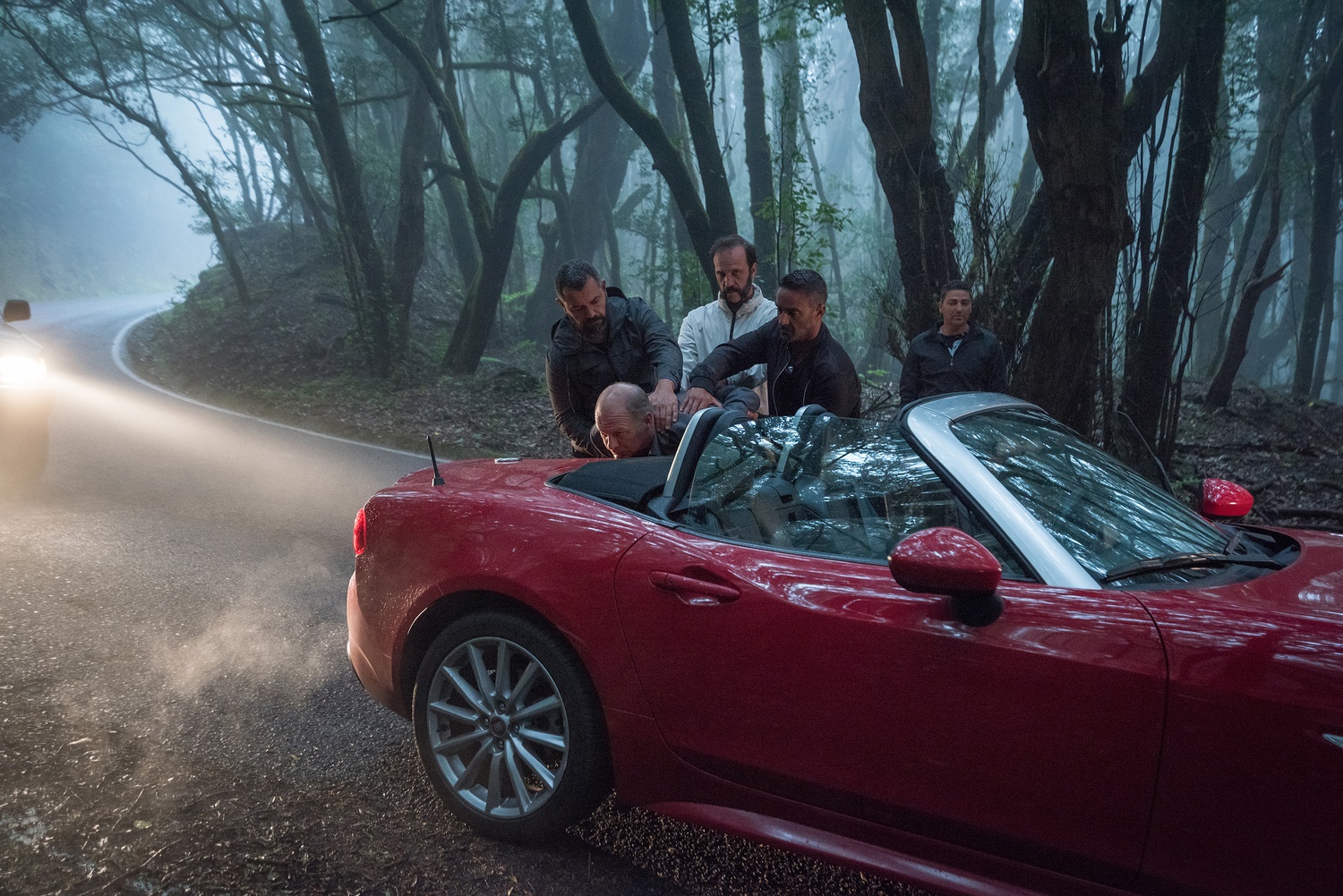 Corruption abounds in the world of a Romanian policeman in Corneliu Porumboiu’s latest feature, “La Gomera” (“The Whistlers”), which premiered in competition at Cannes. It’s entertaining and clever, and Porumboiu attempts originality by centering his story on a centuries-year-old secret whistling language inspired by the birds in La Gomera, an island in the Canaries — but beyond that, there’s not a lot of novelty to be found in this twenty-first century film noir.

Porumboiu’s non-linear storytelling jumps back and forth, following Cristi (Vlad Ivanov), a mid-career Romanian detective investigating a Spanish drug gang in Bucharest. The film opens with Cristi getting off a ferry to La Gomera, one of the Canary Islands, where he’s about to learn a secret whistling language from the drug gang that allows them to communicate, undetected, across multiple mountains on the island, and of course, across blocks of buildings in Bucharest. The police have arrested warehouse owner and drug dealer’s middleman Zsolt (Sabin Tambrea), who Cristi tries to help vindicate. But plans get complicated when his boss Magda (Rodica Lazar) quickly discovers his betrayal. He realizes she’s carefully watching him through cameras in his apartment at home, and when Zsolt’s girlfriend Gilda (Catrinel Marlon) makes Cristi a deal, she slides him tickets to Gomera under the guise of being his high-end prostitute, distracting the security cameras.

Whether he’s aware of it or not, Porumboiu’s main character epitomizes a man hitting a mid-life crisis: Cristi is a loner with the exception of his elderly mother, lacks some greater incentive or purpose, and unhappy with his career (why else exactly is he betraying the cops?). It’s unclear what side he’s really on — or why — until the ending, which unfolds in a grand albeit cheesy way. Ivanov deftly plays a somewhat aloof and rigid character, stoically hoodwinking both members of the drug gang as well as his authorities. Gilda superficially embodies the femme fatale with her beauty but not her brains. Make no mistake, she’s witty and has a few tricks up her sleeve, but her main allure to the other players in the game seem to be her beauty and charm. Porumboiu juxtaposes that role with Magda’s, who, although stunning, is cunningly exploitative with no sexual entanglements. She’s far more driven by her own greed and self-interest, and ruthlessly motivated to get what she wants.

“The Whistlers” is extravagant in the international terrain it covers outside of Romania: The drug lords are from Spain, whistling bootcamp takes place in La Gomera, a brief stint takes Cristi to Singapore, and Porumboiu even pays a small tribute to Hollywood, too, playing a Wild West Movie on the screen of the movie theater where Cristi and Magda secretly rendezvous. Then there’s the unfortunate American filmmaker walking into the secret warehouse at La Gomera commenting on how it’d be a great set for a movie, which is bit too self-congratulatory. It seems as if Porumboiu is trying to reach a more global audience, but the effort is amusingly forced and superficial. The dramatic opera music, which turns out to be a clever clue, brings in a nostalgic layer to the film. Dark lighting through much of the action scenes paired with dark humor in the dialogue cements the film’s place in the noir genre. Through and through, the aesthetics and cinematography of the film charmingly indulges the viewers.

Admittedly, the concept of the whistling is a clever touch — but it’s really just that: a touch. With cameras everywhere and phones tapped left and right, the whistling presents a refreshingly simple alternative mode of communication. Each letter or vowel matches a unique whistling sound, which produced by inserting fingers in the mouth in a certain way, and Cristi picks it up relatively quickly. It seems somewhat implausible that with the modern day technology used in espionage that the whistling codes would be so impenetrable. And there doesn’t seem to be some further purpose or symbolic meaning, as one might hope for from the title, for it. It’s not quite until the end that the whistling is somewhat important again, and even then, it’s only to tie up the loose ends of the plot. The result is an overstated but empty mechanism of the film, one with a shrewd plot twist that ultimately fails to add a new dimension to the film. But salvaging “The Whistlers” are the tantalizing film noir aesthetics, making it a pleasurable watch.