From Cannes: ‘A Hidden Life’ Poses Weighty Questions But Drags On 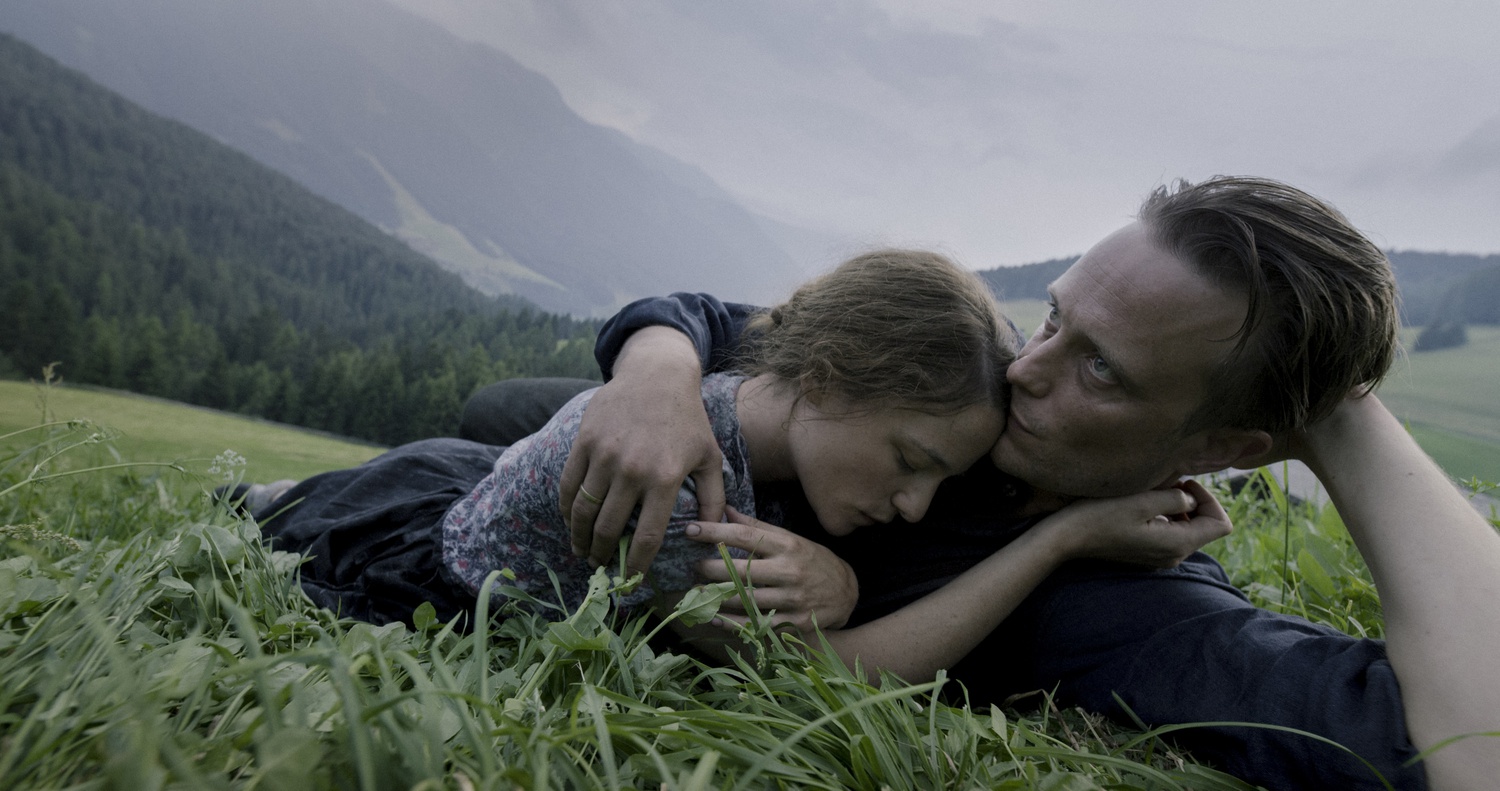 There’s a time and place for romanticizing philosophy, but director Terrence Malick’s most recent film is not it. In “A Hidden Life,” which premiered in competition at Cannes, Malick indeed portrays the hidden life of an Austrian man as he refuses to fight in World War II on his religious and moral grounds. Although the story has potential to provide a novel and compelling perspective, the film, which is based loosely on the true life of Catholic martyr Franz Jägerstätter (August Diehl), is flawed in its siloed presentation of Franz’s life and the disregard it shows for the many other horrors of World War II.

Franz’s main qualms with the war derive from his faith, but it seems as though his stout devotion only manifests the war goes on. As a farmer living in a beautiful Austrian village, Franz’s increasingly persistent religious reasoning to defend his beliefs would be more convincing if Malick had fleshed out Franz’s backstory and demonstrated his piety before the war started. Instead, Malick depicts Franz as a simple, seemingly carefree individual before the war, laughing on his farm planting potatoes with his wife Fani (Valerie Pachner), and drinking beers with his friends in his village, Radegund. Where was his dedication to God then?

Malick, known for his grand philosophical motifs, ultimately asks a similar fundamental issue as “grace and nature” in his 2011 film “The Tree of Life.” He presents a life of graces as accepting struggles and insults from others and the world, while “nature” is about pleasing itself and others. Applied to “A Hidden Life,” this juxtaposition reinstates itself with a more explicitly religious undertone: Grace means following God and being ostracized, punished, and even persecuted for doing so, while Nature means making decisions based on what others in society do and expect. For the Jägerstätter family, Franz’s decision to follow grace and defy the war ostracizes them from their village, and even from the Catholic Church, even though Franz is actually acting upon his faith. When Franz seeks the advice of the Bishop Joseph Fliessen (Michael Nyqvist), he finds that the execution of others who resist Hitler’s regime has silenced the Bishop himself. Disappointed but unflinching, Franz continues to resist the war, and when called to fight, his refusal to “Heil Hitler” earns him more and more punitive sentences, until he finds himself facing the Military Tribunal in Berlin.

Diehl gives an admirable if naive performance as Franz, his face reflecting genuine internal struggle as he tirelessly ponders his actions, or rather inaction, throughout the war. Even as the protagnist, Diehl has few lines, leaving viewers to ponder — or perhaps, as Malick hopes, philosophize — over the course of the prolonged film what Franz is thinking as he endures pain and sticks to his beliefs. It’s unclear what Fani really wants from her husband, too, but she’s clearly miserable. Her sister tells her to “resist him” and talk to him, but that conversation never really happens. And the few words that are uttered often tend to be grand general statements, such as “You can’t change the world, the world’s stronger,” or “Better to suffer injustice than to do it” (Fani’s father’s advice to her), or painfully innocent pleas to God like “We love Him. That’s enough.” The lack of dialogue creates a surreal aura, but it also prevents real connections among the characters such that the film seems far too removed from reality. Franz may be a martyr, but he loses grounding on Earth and Malick fails to evoke the exact pathos that Franz’s sacrifices are supposed to fulfill.

For a nearly three hour film, “A Hidden Life” does little to contextualize what else is happening during the war. The battlefield horrors only make an appearance an occasional bomb alarm sounding in Franz’s Berlin prison, or some mood-setting cloudy skies in the background. Fani sees someone, perhaps a Jewish person or an army deserter, on the run in the woods, but Malick never explicates the scene. Though Malick includes timestamps and dates in his scenes, there’s no additional information on what goes on during the war cut or, at least, Austria’s standing in relation to other international powers, which would’ve been relevant in framing the film in the right context. A black-and-white reel from the era prefaces the the film and similar footage appears a few more times, but none captures the especially brutal and thought-provoking parts of the war. By isolating Franz’s story, Malick focuses on a lesser-known perspective on the war, but his singular focus does an injustice to the many other events and important figures that he leaves out.

The film’s redeeming quality is its presentation: Breathtaking wide-angle shots of sprawling fields in Austrian mountains and a beautiful score almost compensate for the otherwise disappointing content. Even as the voiceover narrations drag on repetitively into seemingly hopeless prayers (“Ask, and you shall receive”), the music still invokes some of the emotion that the dialogues fail to. Malick employs other tactful cinematographic effects as well; moments of emotional distress are fittingly shot with jarring, angular movements.

Despite all the shortcomings of the film, Malick deserves to be commended for his efforts to shed light on a lesser-known hero who merits remembrance. By showing how the institution of the Catholic church was corruptible at the time, Malick also passes criticism on religious institutions as being just as susceptible to deviating from grace and giving into societal pressures, falling to the “nature” side. The film would have been better if Malick had given Franz’s story more grounding in the context of World War II, and left the audience to have their own interpretations of the moral considerations that gave Franz the power to face his difficulties and stick to his faith. But instead, Malick subjects his viewers to a flat and isolated account in “A Hidden Life.”