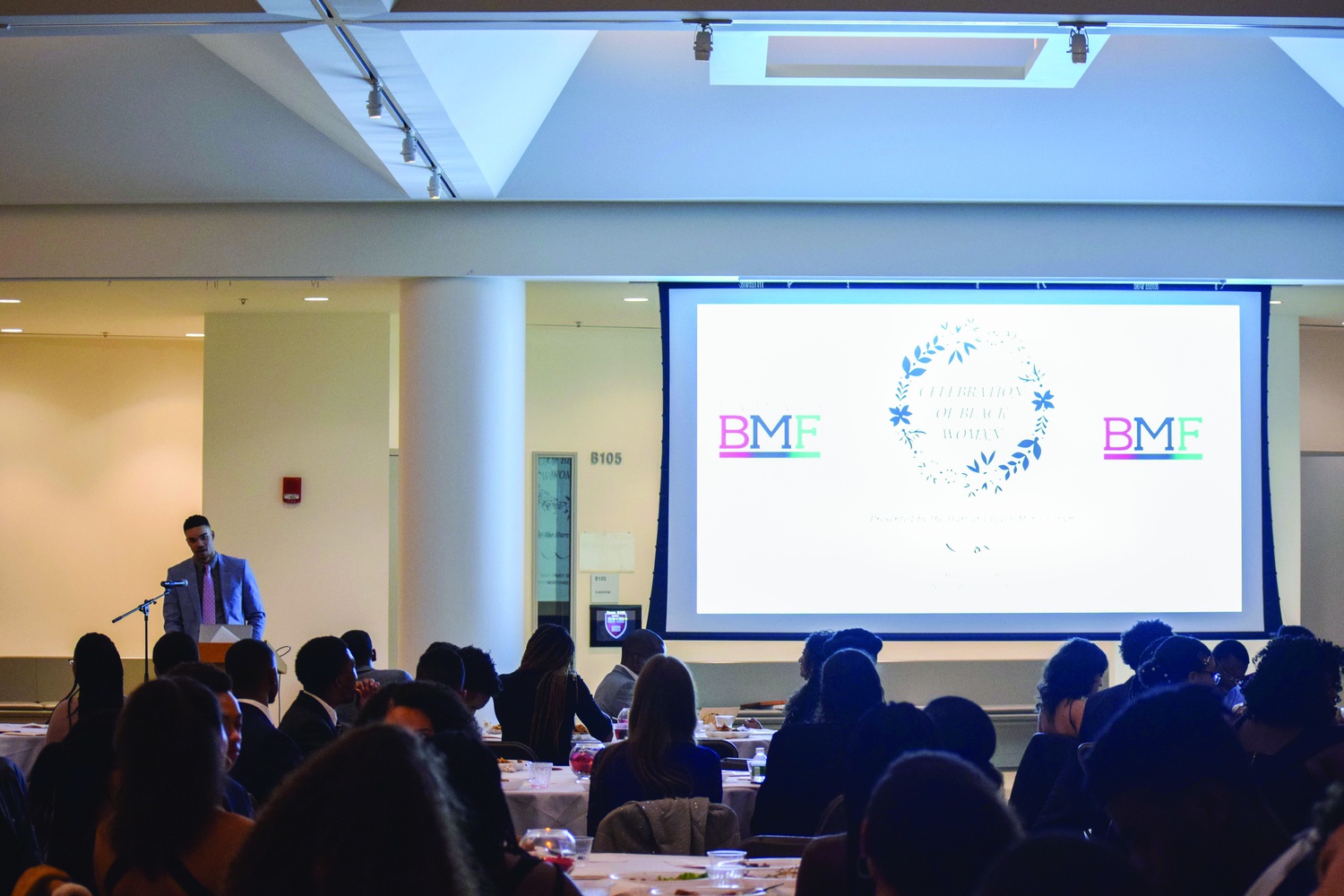 The event also honored a group of 12 senior women who had been nominated for activism and contributions to black student life. Unlike in previous years, however, all were given recognition and none were set apart as winners of any particular awards.

Hinton dedicated her 2019 Womxn of the Year award to all the black women in the room, including her unborn daughter, who is due in July; her great-great grandmother, who was born a slave; and her grandfather, who only received an eighth-grade education.

She also charged the gala attendees with reforming inequalities that black people face in the United States, including mass incarceration, police brutality, and unequal pay.

“We’ve got to keep supporting each other and other brothers and sisters who aren’t as fortunate to make it into the spaces,” she said. “As the future citizen leaders of this country, you have a special charge to make sure that we create a better world.”

BMF leadership said Hinton had worked closely with their organization throughout the year and had moderated a panel event they held on mass incarceration.

“She’s an inspiration to us, completely,” outgoing BMF President Johnny G. Powell ’20 said in an interview. “Her students have come to us personally saying that she deserved to be awarded, or acknowledged.”

Injil Muhammad ’21, the incoming BMF president and current vice president, added that Hinton was the perfect fit for the award.

“The woman of the year is supposed to be someone who exemplifies the standards of class, beauty, and excellence to the highest standard,” Muhammad said. “Professor Hinton is just someone who immediately came to mind as a figure in the community who does all of those things."

The event opened with a reception and celebration of all black womxn-identifying graduating seniors. The 12 nominated seniors each received recognition for their involvement in their community.

In past years, just a few seniors were selected from a pool of nominees and given special recognition for their contributions. The final selection processes, however, was “critiqued pretty heavily” for exclusivity, Powell said.

Muhammad said BMF wanted to empower the community to select the winners, and thus decided to give awards to all nominees.

“Community impact is not about the most public figure or the most popular but the ones who can help one person in one instance,” Muhammad said.

Attendees also honored the memory of Courtney S. Blair ’19, who passed away last summer, with an excerpt of Maya Angelou’s poem “Phenomenal Woman.”

Local high school senior Hellen M. Muma also recieved a $500 college scholarship given annually at the event meant to commend her dedication to public service and her academic achievements.

Powell said this was his favorite part of the event, since he loves recognizing “someone who represents the future of black women.”

Earlier in the week, event organizers hosted other events to show their appreciation for black women on campus, including a discussion of identities and black womanhood, a professional development panel with black women alumni, and a free photo shoot.

“I wanted this year people to feel BMF actually cared,” Powell said. “This year, we refashioned it to be more intentional with the events we threw to make sure they actually celebrated some facet of black womanhood.”