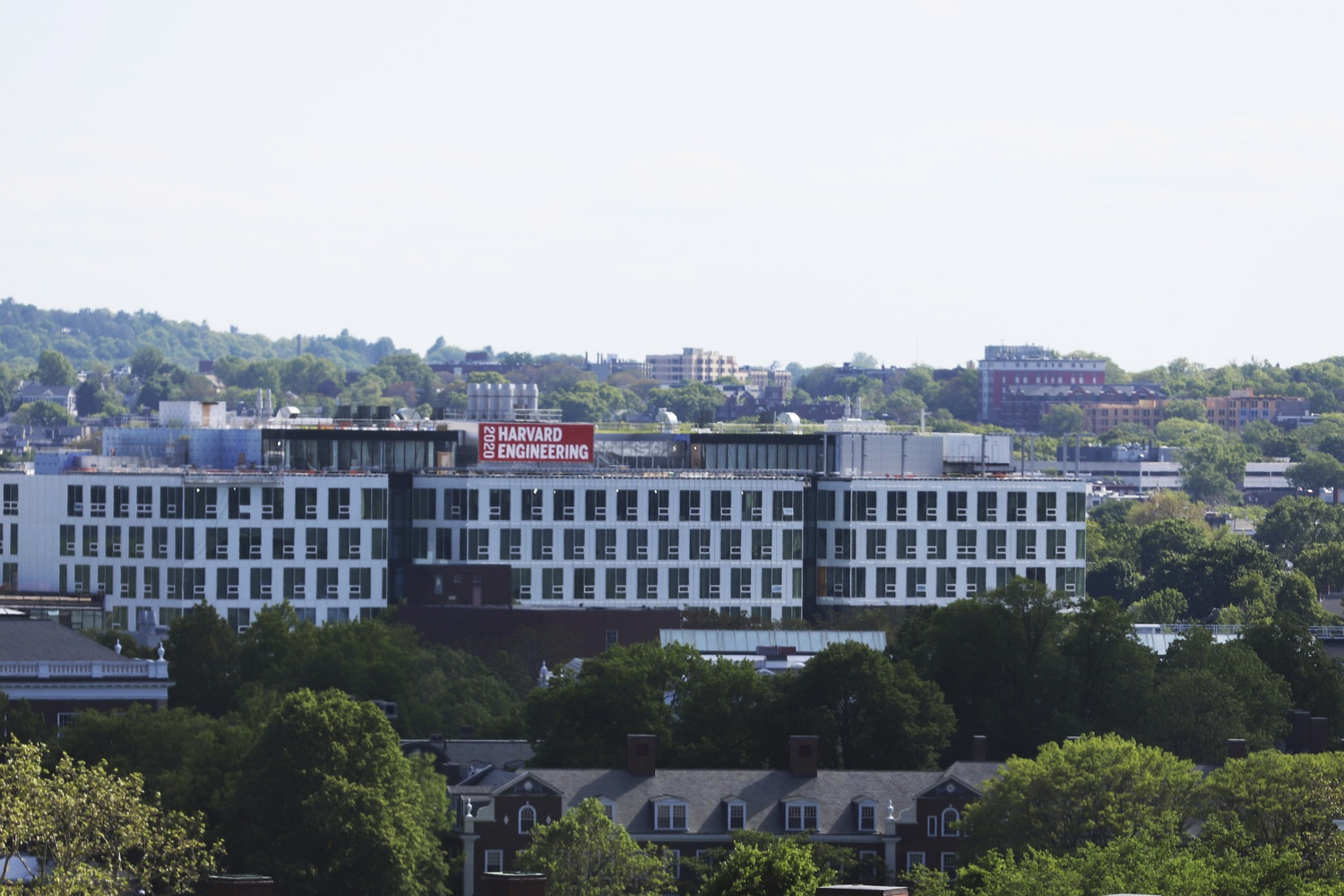 Harvard's new engineering and applied sciences campus in Allston, which is set to open in September 2020, is visible from the Cambridge side of the Charles River. By Kathryn S. Kuhar
By Juliet E. Isselbacher, Crimson Staff Writer

The Harvard Allston Land Company is soliciting proposals from developers for the initial construction phase of its Enterprise Research Campus in Allston in a formal request issued Friday, according to Harvard spokesperson Brigid O’Rourke.

The land company, which was established in November 2018, oversees Harvard’s the planned 36-acre Enterprise Research Campus next to the University's developing Allston campus. The complex is a University project intended to facilitate collaborations between Harvard-affiliated research projects and “research-focused” companies.

The land company sent out its request for proposals more than a year after Boston’s Planning and Development Agency approved inital plans for a 14.1-acre portion of the site in March 2018. That area will include 400,000 square feet of land for office space, 250,000 square feet for residential space, and room for approximately 800 parking spaces.

While the request for proposals is not a public document, it is available upon request to any qualified developers, according to O’Rourke.

The land company plans to identify a single developer later this year for the initial stage of construction, according to O’Rourke. The company will then enter negotiations with the city of Boston for specific projects within the 14.1-acre space.

Thomas P. Glynn III — the land company's chief executive officer and former head of Massachusetts Port Authority — wrote in an emailed statement that the request is a critical step in developing Harvard’s properties in Allston.

“The RFP is an important next step in realizing the transformational vision of an exciting new urban district focused on research, entrepreneurship, and innovation in Allston,” Glynn wrote.

Glynn added that the Enterprise Research Campus will house companies that will be able to offer “cutting-edge" internships to students.

“It will contribute to a thriving community and neighborhood that brings together academia and education, engaging public and community spaces,” Glynn said.

When Harvard filed its initial framework for the design of the Enterprise Research Campus in December 2017, some Allston residents raised concerns about housing, infrastructure, transportation, and open space during a BPDA-mandated comment period.

In response, the University filed a letter in March 2018 that said the planned residential space would include “upwards of 1,000” units of housing for local residents. The letter also noted that 13 percent of the enterprise research construction projects would be classified as affordable, in accordance with the city’s housing inclusivity policy.

Harvard’s long-term vision for the 36-acre campus beyond the 14.1 acre space also centers around transportation — the University intends to expand existing public transit options and create an environment more accessible to bikers and pedestrians, according to December 2017 filings. In January 2018, Harvard pledged $50 million to fund the construction of a Massachusetts Bay Transportation Authority commuter rail stop called ‘West Station’ and promised up to $8 million to help construct another interim transportation station in Allston.

While Harvard has owned some land in Allston for decades, its presence has grown in recent years as the University significantly expands into the neighborhood. Harvard’s School of Engineering and Applied Sciences plans to open a new campus — which will be located next to the Enterprise Research Campus — in Allston in September 2020.