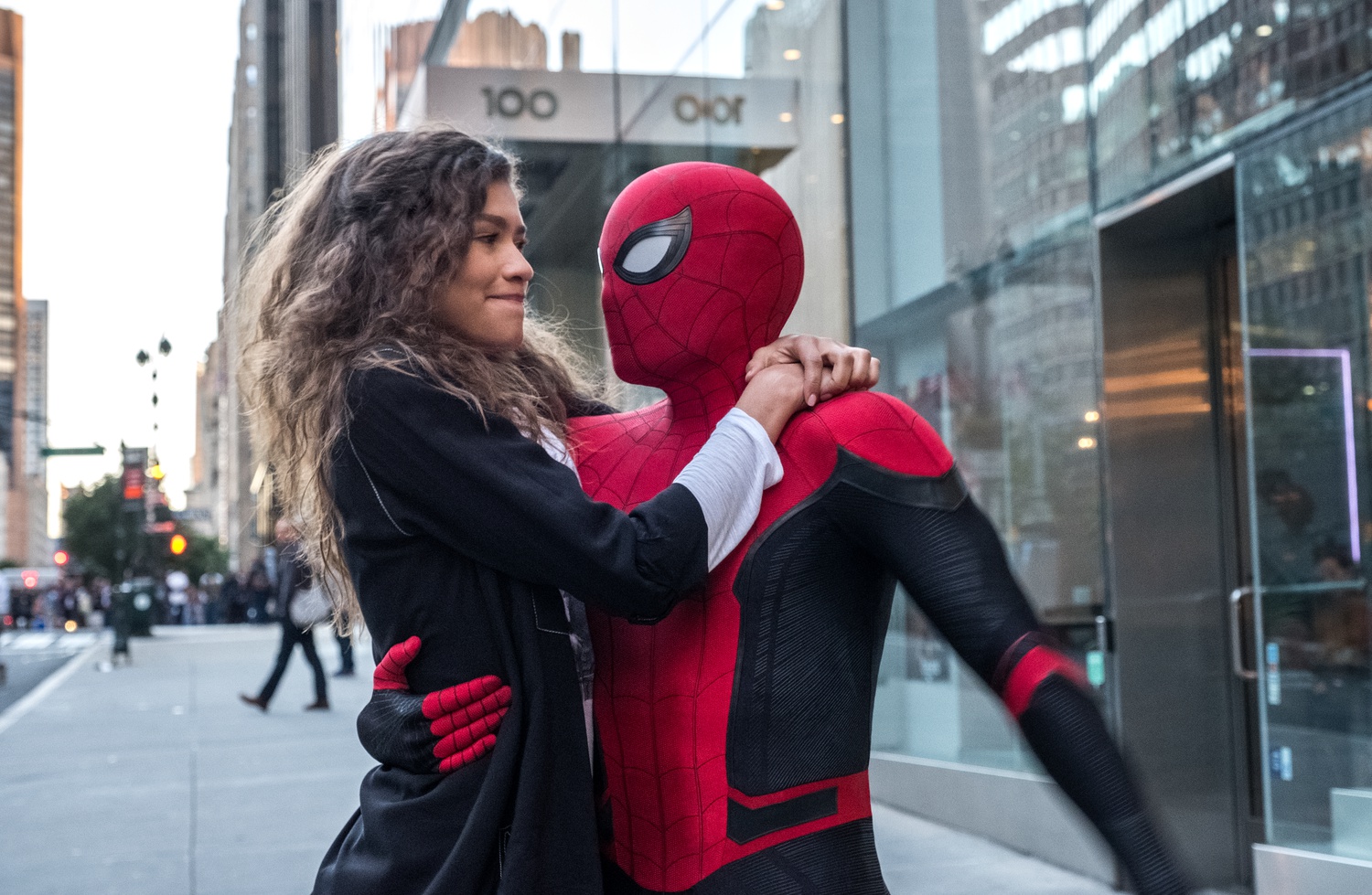 Spider-Man does it again with another blockbuster hit, involving plenty of CGI animation and action-packed scenes. “Spider-Man: Far From Home,” the sequel to “Spider-Man: Homecoming,” involves a coming of age story about Peter Parker’s (Tom Holland) journey to self-validation. Despite Spider-Man’s superhuman status, he’s an everyman hero, hoping to live a normal teenager’s life before following in Iron Man’s footsteps. Director Jon Watts resuming his directorial role, constantly reminds the audience of the fact that Peter is still at his core an awkward teenager, which makes him all the more lovable and makes for great, relatable comedy.

The movie starts without the main character in sight. Instead, Nick Fury (Samuel L. Jackson) and Maria Hill (Cobie Smulders), the Agents of S.H.I.E.L.D., are in Mexico battling an unusual, monstrous villain, one that takes the form of a tornado and happens to have a face. Quentin Beck (Jake Gyllenhaal) appears conveniently to take down the bad guy. Back in New York, a video montage remembering Iron Man ends as Peter Parker excitedly tells his best friend, Ned (Jacob Batalon), about his plan to sweep MJ (Zendaya) off her feet during their two-week school trip to Europe. When Nick Fury calls, Parker ignores the call and happily travels to Europe with his classmates. However, Peter’s respite is short-lived when the amorphous villain resurfaces in Europe, burdening him with the responsibility to grow up and fill Iron Man’s shoes. However, the story lacks real dramatic tension because once Peter realizes the villain’s ruse, the plot loses momentum and the stakes of the action are lowered.

The action scenes are some of the best parts of the film. “Far From Home” includes stunning visuals of Europe, with wide-range shots that allow a viewer to fully appreciate the views. The use of CGI in this film only enhances the grandeur of the epic fight scenes. It was an interesting move on the screenwriters’ part to involve a plot that pokes fun at the guilelessness of the citizens and heroes in the Marvel Universe, their willingness to believe every epic tale spun by the media. In a world where superheroes are real, it seems that anything is possible. The film’s villain capitalizes on the way the public buys into superficial appearances, which makes for a timely and relevant commentary on the sensational world of media today.

While the characters are relatable high schoolers, they seem to be, at times, high school archetypes. The chemistry between the restless teenagers is excellent, and the hilarious scenes on their cramped, lawless tour buses accurately capture the spirit of high school. However, it’s a little disappointing that the high schoolers’ shenanigans and Peter’s struggle to express his feelings to MJ overshadows the weightier issues that other characters hint at, like the worker exploitation in Stark Industries. It would have been interesting for Watts to delve into the politics of the Marvel Universe, or for Peter to grapple with Iron Man’s imperfect legacy.

Yet in a way, the smaller issues that Peter deals with are just as impactful as the bigger ones. “Far From Home” resembles the typical study abroad student story: Peter embarks on an international journey with high expectations, only to realize that the same petty drama has followed him halfway around the world. The film expertly tells a familiar coming-of-age-story in which an infatuated teenager pursues a longtime crush, with a twist: Peter must deal with the added pressure of saving the world. As most Marvel movies do, the film leaves audiences with a good takeaway lesson. Peter goes through a journey of self-discovery after he receives a high-tech prized possession that Tony Stark leaves for him, one that Peter eagerly hands off to someone he thinks is a more deserving protegee. The device bestows its user with Iron Man’s technical capabilities, literally giving the user Iron Man’s powers. Peter’s conscious struggle to choose his future for himself, rather than having it handed to him, makes for the best and most emotional storylines in the film. As one watches Peter become more confident in himself and his identity, one cannot help but root for him.
—Staff writer Molly M. Martinez can be reached at mollymartinez@college.harvard.edu.