Summer Postcard: Back in Time 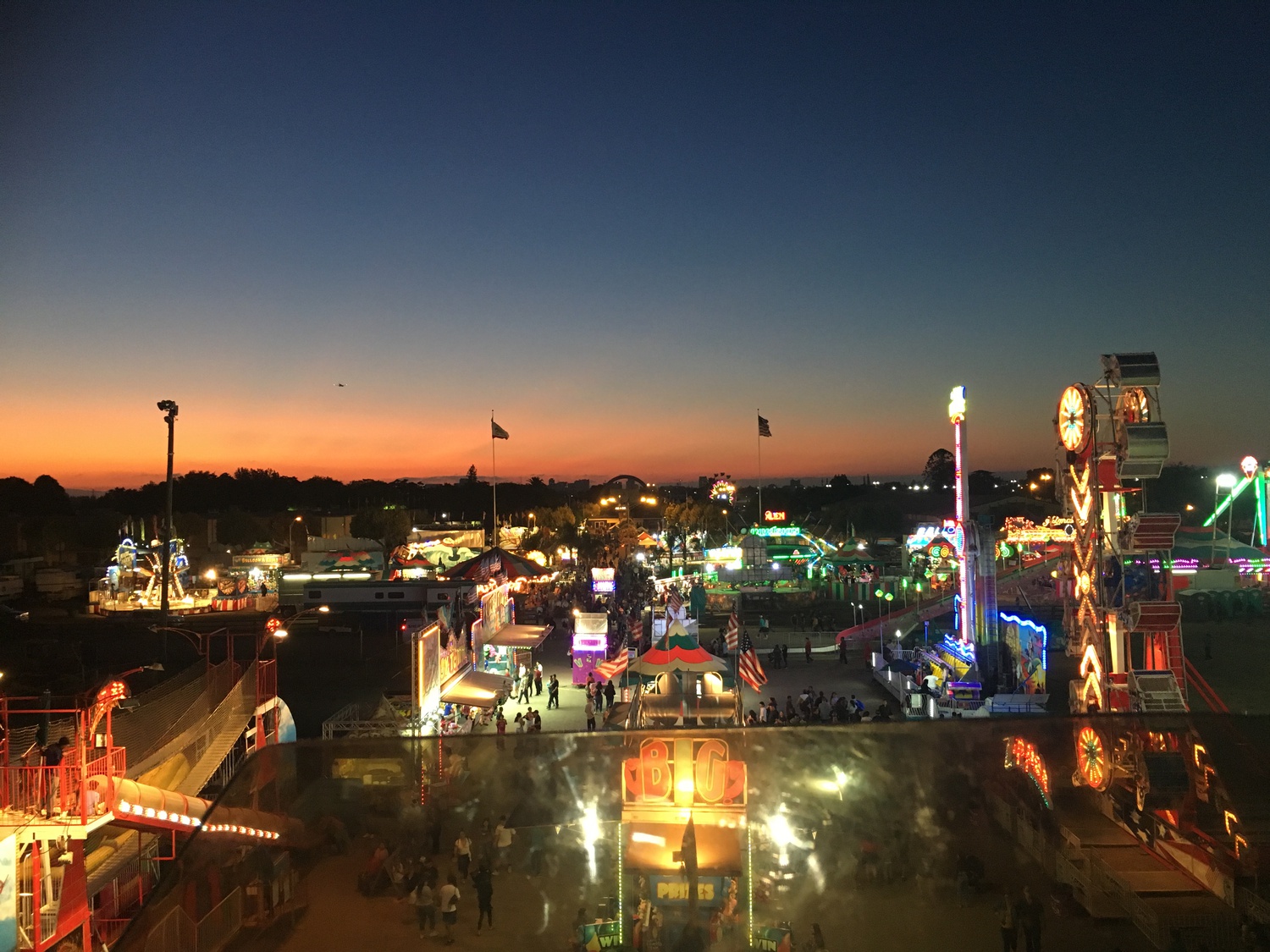 SAN JOSE, CALIF. — On Sunday, I went with my father to the Santa Clara County fair for the first time since I was two years old. Back then, my parents had been desperate to find child-friendly events to occupy my time, shuttling from festival to fair to museum every summer. The fair is a financially-struggling oddity, an agricultural festival in the Silicon Valley which has long moved on from its agricultural past. When we went back this year, I was surprised to find it mostly empty of big crowds. It felt almost quaint: In a time and place where entertainment is increasingly big, loud, intense, and immediate, the idea that people across the Bay would drive an hour for this little fair seemed anachronistic. Looking to go back in time, we made the trip.

From 7 p.m. until the fair closed at 10 p.m., my fifty something-year-old father and I made a deliberate, nonstop effort to recreate our last county fair with gleeful and childish abandon. We spent 10 minutes watching a canine long jump competition; resolved to eat as much food as humanly possible before going home; wandered down the livestock exposition, petting the shorn sheep and laughing at the pigs’ creative names. I seriously considered getting my face painted. The highlight came at the carnival, where we stood in line only for the rides I’d loved as a little kid (which, if we’re being honest, were also the only rides that didn’t seem too scary or nausea-inducing for me at 19).

Millennials — a term that has expanded by now to mean “any young person who does things I dislike” — are often accused of clinging obscenely to childhood, refusing to join the real world and grow up. This is not a thinkpiece in which I support or decry that point of view. All I’ll say is that for three hours on Sunday, I was unabashedly a toddler again, and it was glorious.

We stayed late at the fair, the only real deviation from the full 2002 experience. The grand finale, a firework show, was scheduled for 9:30 p.m., and we were determined not to miss it. Waiting in line for the ferris wheel as the sun sank somewhere past the dizzying lights and the sky deepened, I felt a little twinge of sadness I couldn’t explain at first. It was the twinge of realizing, while I was in it, that this moment would become a memory — something I could never recreate in exactly the same way again.

Tamar Sarig ’22 is a Crimson News editor in Currier House.