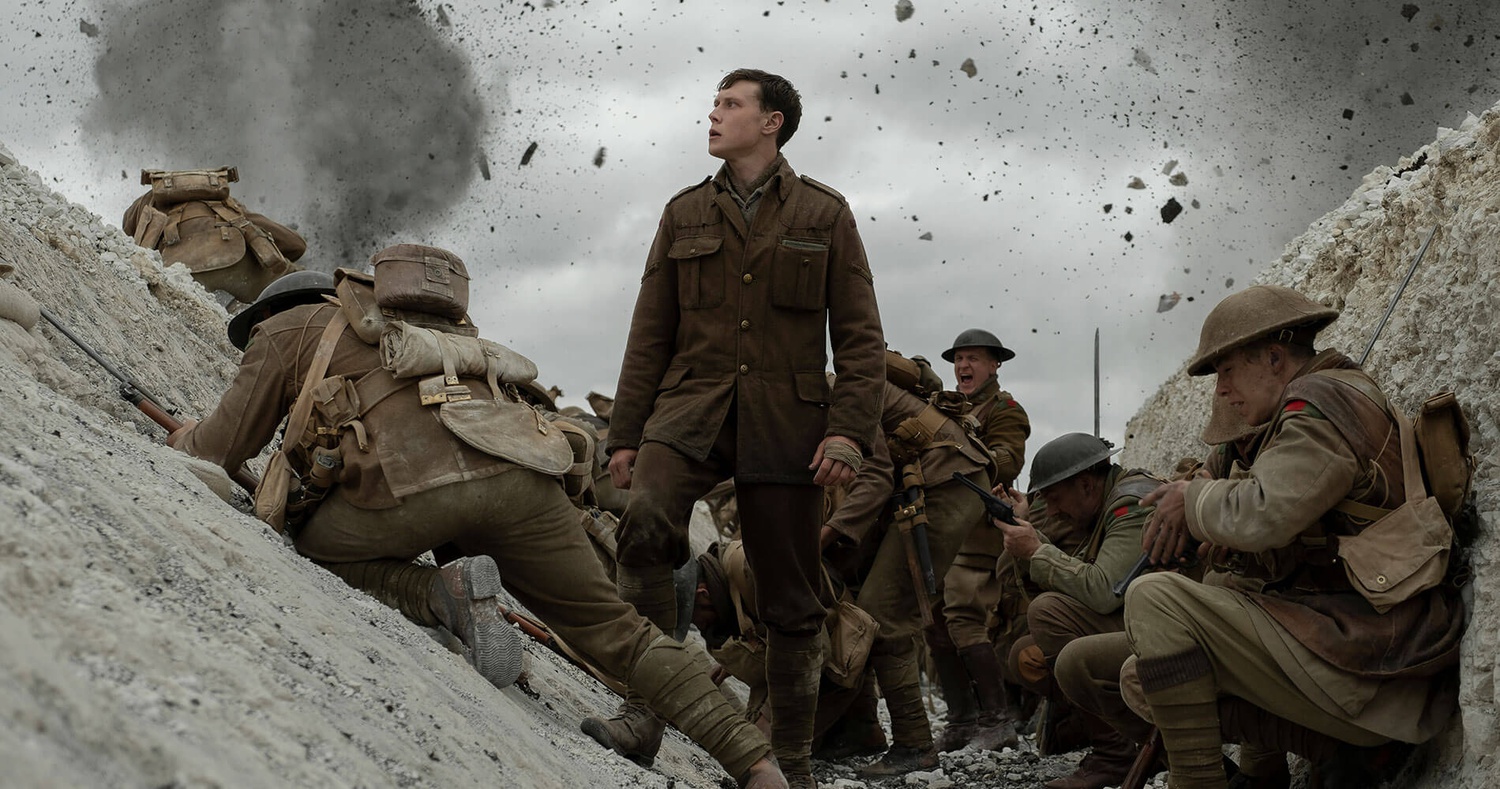 Once in a generation, there is a definitive war picture — from Francis Ford Coppola’s “Apocalypse Now,” a haunting depiction of the Vietnam War, to Steven Spielberg’s iconic D-Day epic “Saving Private Ryan,” 20 years later. Sam Mendes’ single-take marvel “1917” is one of those films: It excels not only as the most harrowing depiction of World War I committed to film, but as escapism at its most rugged and the cinematic language operating at its most evocative.

With “1917,” Mendes transports audiences to the trenches on the Western front of WWI. Two British soldiers, Lance Corporal Blake (Dean-Charles Chapman) and Lance Corporal Schofield (George MacKay) are tasked to traverse no man's land to another army division with a message to halt an oncoming attack. The film also features extended cameos by Benedict Cumberbatch, Mark Strong, and Colin Firth.

“1917” is more than a gripping drama; it’s an experience that feels urgently lived-in and uniquely sensory. This is achieved by anchoring the entire film in a single take and in real time. To say this approach was ambitious would be a drastic understatement. The camera in Mendes’ film is an omnipresent character, unbounded by physical restraints like cranes or dollies. Some sequences are impossible to fathom. Take, for instance, a tracking shot over a body of water, or a sequence involving a plane crash. There are even sequences where the shot remains unbroken across multiple sets, such as when the camera travels between two locations and a vehicle in one unbroken scene.

The legendary cinematographer Roger Deakins puts on a dazzling display of filmmaking that all but nets him his second Academy Award after 14 nominations and most recently winning Best Cinematography for “Blade Runner 2049” in 2017. “1917” evokes Alejandro González Iñárritu’s “Birdman,” which also appeared as a single take. But where “Birdman” explored closed-form movie sets inside a theater, “1917” takes advantage of intricate set design in the trenches and the wide-shots of the endless outdoors (which exponentially increases the difficulty in concealing a cut).

The film feels so seamless, despite its ambitious ideas, because it’s so pristinely edited. Lee Smith, a frequent collaborator with director Christopher Nolan (“Inception,” “The Dark Knight,” and “Dunkirk”), does sublime work in “1917” by hiding the most impossible cuts. While there are obvious points where the film must have cut, such as when the characters walk through a dark tunnel, or during a whip pan, the sequences are stitched together so subtly it's mind-bending.

Thomas Newman’s score is rhythmic and as with modern film music, serves to propel tension rather than being melodic (similar to how Hans Zimmer used music in “Dunkirk” to control the film's tempo). Newman has scored everything from Pixar’s “Finding Nemo” to “American Beauty” to “Spectre” (with Mendes, his frequent collaborator), and his versatility is on full display in “1917,” from somber keys to denote quieter moments of introspection, to a relentless percussion track for the adrenaline-laced finale.

But despite Mendes' technical prowess in "1917," he isn’t afraid to slow his film down for scenes seeping with emotional poignance. These include graphic death scenes, and quieter moments, such as when one of the lance-corporals stumbles into a French family hiding from German troops. These scenes speaks to the endurance of the human spirit in the most inhumane of conditions.

The cinematography in “1917” is so breathtaking, and the editing is so surreal that it’s easy to lose oneself in the ethereal experience. While Deakins' elegant work ultimately doesn't detract from the storytelling in “1917,” it’s also undeniable that the film’s story isn’t nearly as compelling as the cinematography. But it’s remarkable that a film can lose an audience so completely in its illusion.