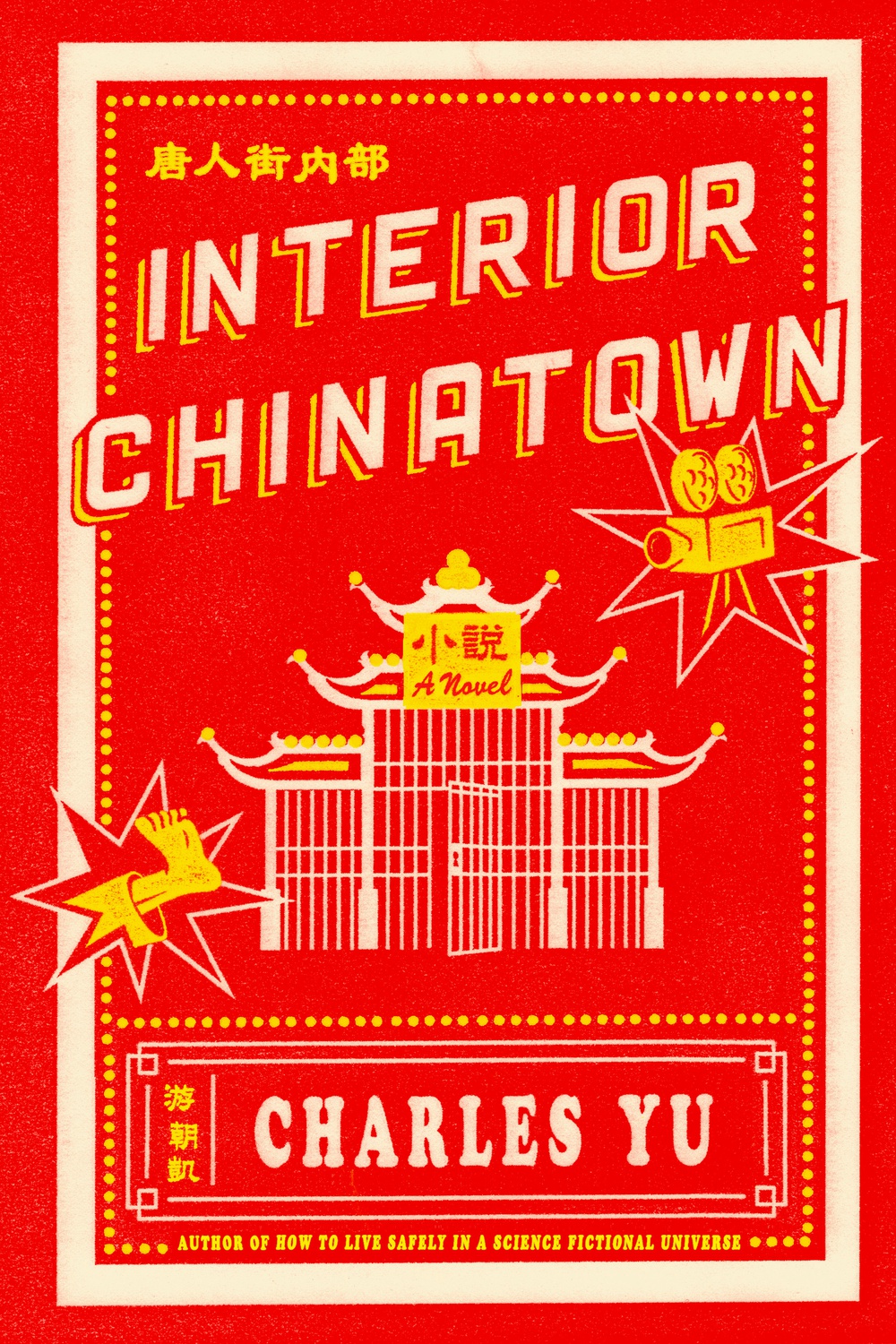 You shouldn’t judge a book by its cover, but sometimes, you can take one look at a book and know it’s going to be good. “Interior Chinatown” is that kind of book. A purposefully distressed red cover is simultaneously reminiscent of a red packet, a newspaper cover, and a playbill.At the center is a small Chinatown gate; the interior area of the gate frames are filled by what resembles a prison or a birdcage.

There is something oddly magnetic about seeing a familiar Chinatown gate, estranged by its uncanny merging with another familiar symbol — the prison. Just like its exterior, this book is beautiful and jarring at once. Charles Yu’s “Interior Chinatown” is not only beautifully moving but also mounts a shockingly explicit political criticism of U.S. race relations. Imprisoned in perpetual poverty and tired racial tropes by systemic causes and by himself (hence the Chinatown-gates-turned-prison on the cover), protagonist Willis Wu is desperate to finally be just that — a protagonist. He is tired of being Dead Asian Man or Generic Asian Man. And the only quasi-protagonist that an Asian man can ever be is Kung Fu Guy.

With his unsettling, deadpan humor and heartbreaking honesty, Willis weaves in and out of multiple roles throughout the novel — he is Generic Asian Man Number Three, Special Guest Star, Kung Fu Guy, and even Kung Fu Dad. The scripts from which Willis reads for stage performances bleeds into the script of his life: The roles he plays and scripts he reads from are a continuation and refraction of the roles he takes on stage. Interactions and dialogue in Willis’s life become figured as script dialogue on the page; interactions on stage become impossibly interwoven with personal agency. Willis is living a script, both on and off stage — and it is the same script.

I write as if there are two clearly delineated storylines and scripts, one on and one off stage, but the brilliance of Yu’s text lies in the remarkable integration of the two. Stage and life bleed into one another so seamlessly that they are indistinguishable — stage, in fact, is life. Yu’s novel is a commentary on racial performativity and self-orientalization, on the way we — all of us, Asian American, black, or white — trap ourselves in overdone racial roles.

This imprisonment is enabled by exterior, institutional causes, but Yu’s startling observation is that it is also an interior act. Willis may not have a choice about what roles others see him in, but every action that lands him a role — a line in the script that reduces him to a caricature of Asian-ness — is a choice. Unmistakably, Yu tells us that though our broken system might be guilty of imprisoning us in particular racial roles and cycles of poverty, as well as physically detaining us in internment camps and prisons, that we, too, are also guilty — of self-imprisonment in interior Chinatowns. Of performing our race in palatable roles because of the proximate satisfaction it may give us. We all want to be Kung Fu Guy. It pays well and gives you the exhilarating satisfaction of being noticed, of being seen, even if what is being seen is a distorted version of you.

Yu also explores one of the touchiest subjects in Asian American politics: Why Asian Americans often do not feel “fully justified in claiming solidarity with other historically and currently oppressed groups,” and the relative position of Asian America in relation to the spectrum of racial oppression-to-privilege, which is, in the master narrative of American politics, organized along a single axis of black and white. The script that Willis wants so desperately to have a line in as Kung Fu Guy is, hilariously and meaningfully, the show “Black and White.”

What Willis is told by his defense lawyer when standing on trial for his own disappearance are words that every Asian American activist needs to hear. That Willis’s relegation to peripheral roles in all scripts, including the one of black and white, is in part due to this: “That because on the one hand you, for obvious reasons, have not been and can never be fully assimilated into mainstream, i.e., White America ... That while your community’s experience in the United States has included racism on the personal and the institutional levels…That the wrongs committed against your ancestors are incommensurate in magnitude with those committed against Black people in America.”

These feelings — of suffering a “second-class oppression” — have caused Asian America to cause our own disappearance from the American political landscape. But Yu makes it clear that this message is not an argument that Asian America’s deafening political silence and activist deference to the supposed master racial narrative of black/white antagonism is solely because of external, systemic pressures. As Willis realizes, “[We are] guilty .... Guilty of playing this role. Letting it define me.…By putting ourselves below everyone, we’re building in a self-defense mechanism. Protecting against real engagement.”

Yu’s text is an overwhelming work of brilliance — not only are the cleverness of his textual construction and chosen metaphors stunning, but the deeper message behind Willis’s narrative cuts to the core of not just what it means to be Asian in America, but what is means to be Not White in America. Everyone who seeks to have engaged, critical conversations about race in the U.S. should aim to read “Interior Chinatown, ”whether they are Asian American or not. Yu’s message on our self-imprisonment in particular racial roles is a radical, important one.

—Staff writer Kelsey Chen can be reached at kelsey.chen@thecrimson.com.