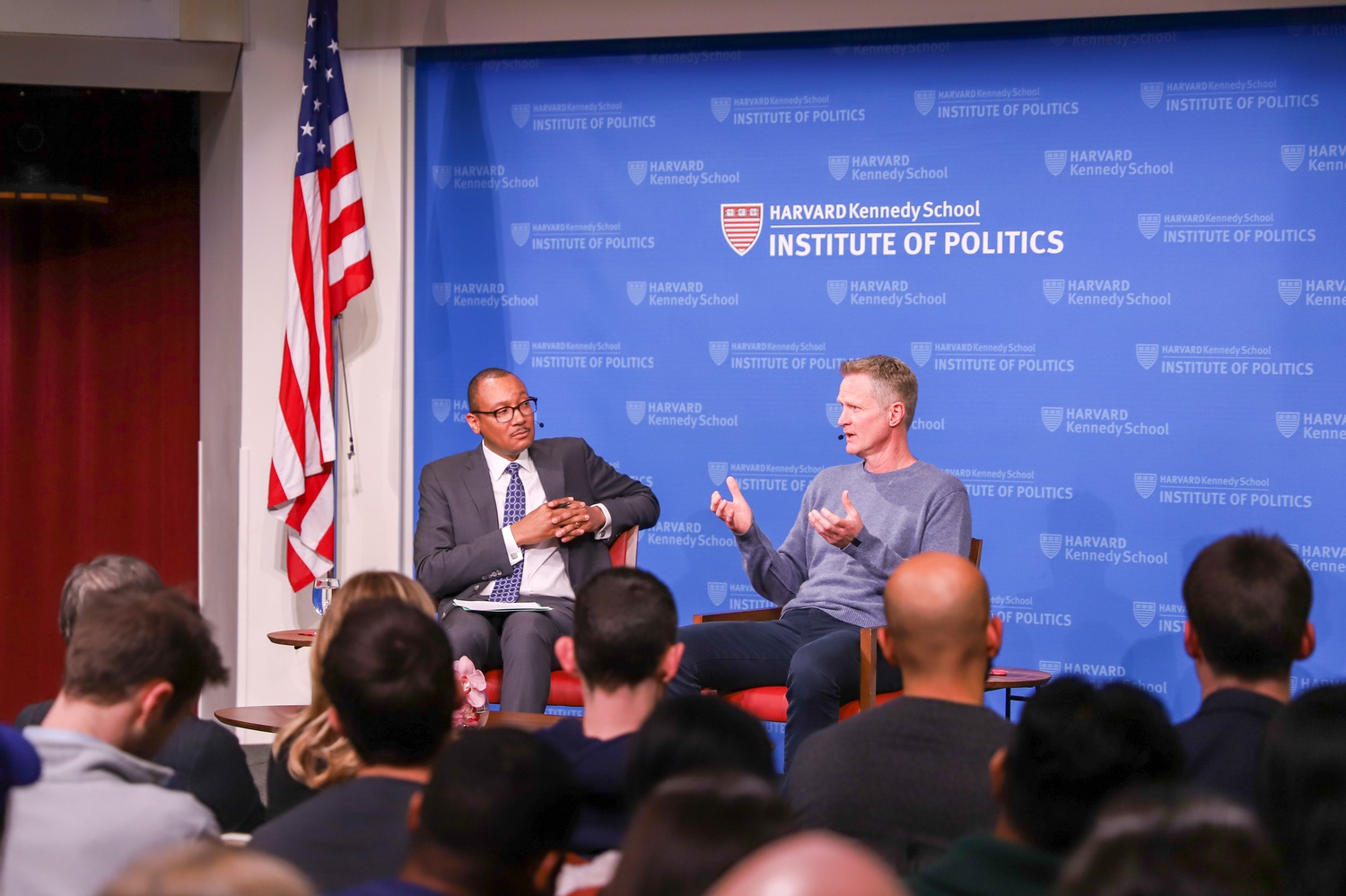 Golden State Warriors’ head coach Steve Kerr was present at the IOP's JFK Jr. Forum on Wednesday night for a discussion about the intersection of sports and activism. By Ryan N. Gajarawala
By Sixiao Yu, Crimson Staff Writer

Steve Kerr, the head coach of the Golden State Warriors, discussed the intersection of sports and activism at the Institute of Politics Wednesday night.

In a discussion moderated by Tommie Shelby, professor of philosophy and African and African American Studies, Kerr said his father was a political science professor at the American University of Beirut until he was shot in 1984 and spoke about the personal experiences that guide his activism.

When asked if NBA policies could obstruct players’ freedom of expression, Kerr replied that the NBA has generally been supportive of its athletes’ activism.

“The NBA has, by far, been the most progressive of the leagues in terms of social activism, in terms of being partners with the players, in terms of trying to actively look for social change and racial justice,” he said.

After the discussion, Kerr fielded questions — and several autograph requests — from students and audience members and spoke about the roles of athletes in political discourse.

“I think they fit in wherever they want. As American citizens, they have the right to speak and say whatever they like. And then there are consequences to that, but they have a big powerful platform and if they decide to use it, that’s well within their rights,” Kerr said.

He was also asked about Kobe Bryant, the Los Angeles Lakers star who recently died in a helicopter crash in California.

“I saw the images of him with his daughter, and I saw he was so at peace, and he just looked so happy,” Kerr said. “To see that family devastated like that is tough.”

Kerr, who took over as head coach of the Warriors in 2014, also played in the NBA for 15 years, during which he won five championships. He serves on the board of directors for PeacePlayers International, which promotes peace and cooperation through basketball.