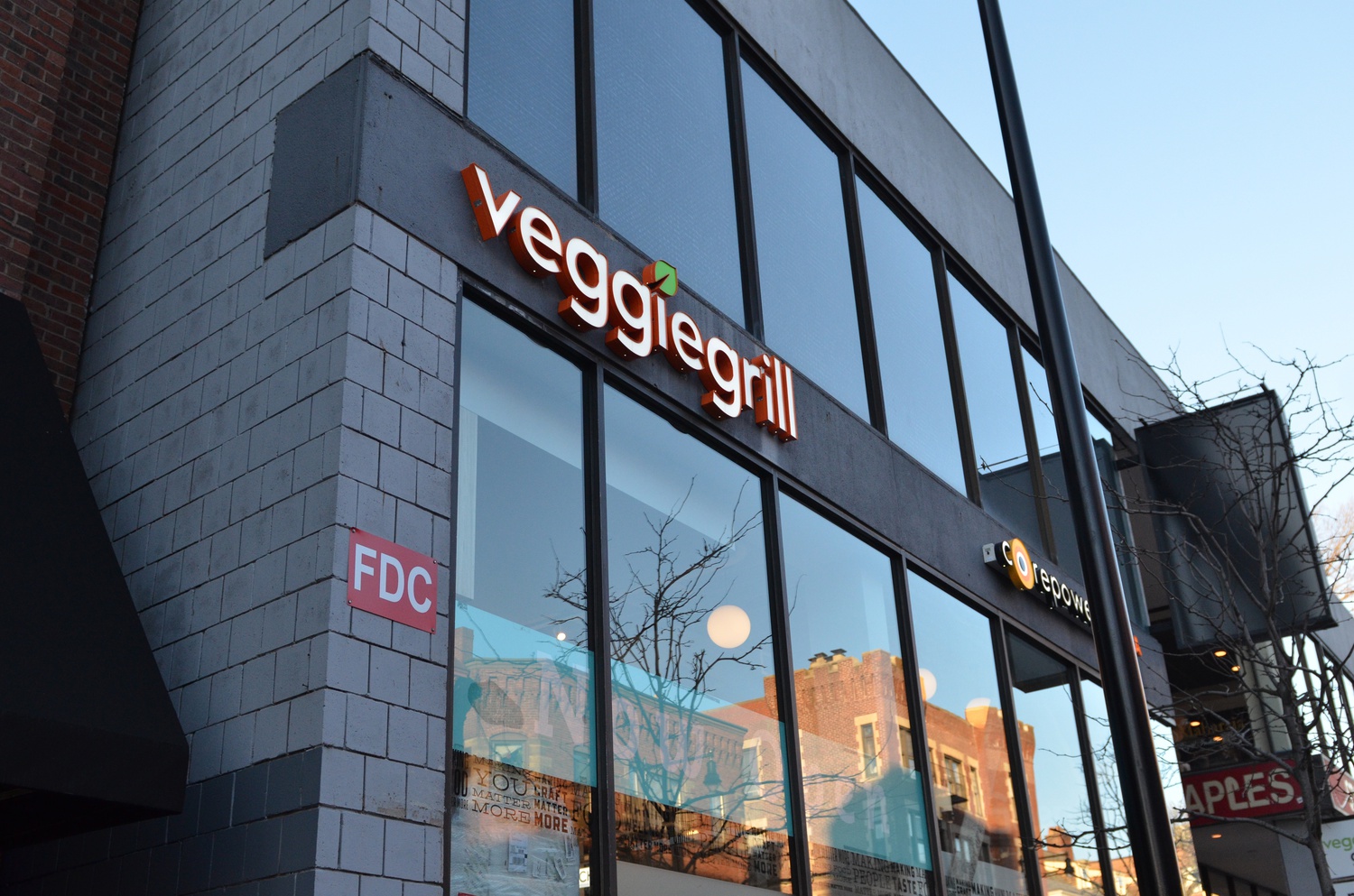 Veggie Grill is a vegetarian restaurant chain based in California, which seeks to bring a new take on comfort food to Harvard Square. By Steve S. Li
By Stephanie H. Ashkar, Crimson Staff Writer

Veggie Grill, a California chain which opened a new location on JFK Street on Oct. 13, offers a variety of meat substitutes and vegetable-based meals.

Former recruit Alexa C. Jordan ’22 said in a Wednesday interview that she first heard about the opportunity when she received a direct message on Instagram from an account called Intern Queen. Intern Queen — led by entrepreneur Lauren Berger — coordinates internships and “brand ambassador programs,” according to information on its social media accounts.

Jordan said she thought she was invited to apply because she has “a lot of followers” on Instagram. She received the position after a selection process that involved “a very short application” and “a few different calls.”

Sara B. Solomon ’22 — another Veggie Grill marketing recruit — said she appreciated the position because of the “incredible experience” it provided in social media, business, and interpersonal skills.

“The comments that were flooding my content were very positive, and everyone was so excited to try it,” Solomon said. “I think it’s been a really big success so far.”

Jordan said she believes in the mission of Veggie Grill and values the convenience, taste, quality, and sustainability of its food offerings.

“I think what’s most important is that you really have to believe in that brand’s mission and purpose and what they stand for,” Jordan added. “I think that they’re doing something important for Harvard Square.”

Berger wrote in an email that her company facilitated the Veggie Grill marketing initiative last semester but is not currently helping to recruit students.

Veggie Grill did not respond to a request for comment.