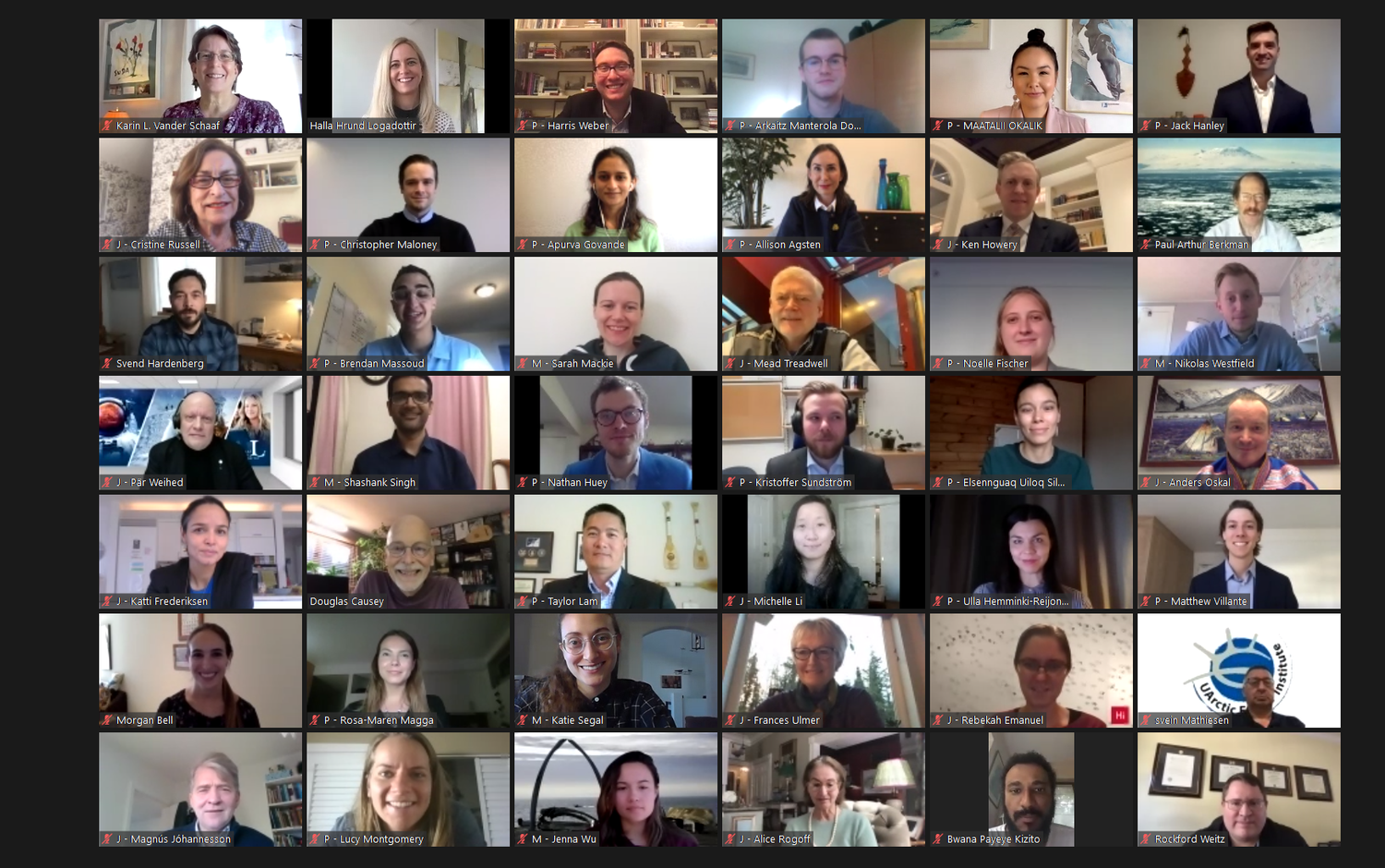 Seventeen students pitched their ideas to promote Arctic sustainability Friday at the 2020 Arctic Innovation Lab, co-organized by the Arctic Initiative at the Kennedy School’s Belfer Center.

Conducted in partnership with the Luleå University of Technology, the Fletcher School of Law and Diplomacy at Tufts University, and the Iceland School of Energy at Reykjavík University, among other organizations, the Innovation Lab invited individuals to think creatively about Arctic sustainability. The Lab serves as the final project for a Kennedy School course titled “IGA-671: Policy and Social Innovations for the Changing Arctic,” taught by Arctic Initiative co-founder and Kennedy School lecturer Halla H. Logadóttir.

Friday’s event, held via Zoom, began with opening remarks from Logadóttir. She underscored how climate change has heightened the need for innovative solutions in the Arctic.

“The Arctic region is dramatically changing. It is the region that is warming at least twice as fast as the rest of the globe, and that brings multiple consequences, new problems, new risks,” she said.

U.S. Ambassador to Sweden and PayPal co-founder Kenneth A. Howery, who served as one of ten judges for the event, encouraged attendees to foster the entrepreneurial values of tenacity and creativity in their problem-solving.

“As prospective policy makers, I would challenge you to look for new and better ways to solve old problems,” Howery said. “Sweden’s high north is full of people looking for opportunities where others don’t, and even some who are prepared to fully embrace the unknowns of the Arctic’s shifting environment.”

The participants then had the opportunity to pitch their ideas to the judges for two minutes each. During the pitches, the ten judges — including former Lieutenant Governor of Alaska Louis “Mead” Treadwell II, Head of Greenland’s Secretariat Katti Frederiksen, and Head of Social Entrepreneurship at the Harvard Innovation Labs Rebekah H. Emanuel — evaluated the presentations.

Allison M. Agsten, a Kennedy School student and one of the participants, emphasized the need for increased indigenous media representation in her pitch.

“Journalists often treat the region as an uninhabited expanse when in fact four million people live there, 10 percent of whom are native to the region,” Agsten wrote in a message to The Crimson.

While the judges deliberated following the presentations, attendees were randomly sorted into seventeen breakout rooms, each of which contained one participant. These breakout rooms served as an opportunity for attendees to ask questions and learn more about participants’ pitches.

The judges then returned to the main session to introduce the winners. The top five participants included Morgan Bell, who presented on “sustainable seaweed” in the Arctic, Maatalii Okalik, whose project focused on an “Inuit strategy of conservation,” and Taylor Lam, who worked on a “common operational picture” for the Arctic. Elsennguaq Silassen, who presented on the decolonization of Greenland, and Rosa-Máren Magga, who spoke about the preservation of language, were also among the judges’ top picks.

In an interview after the event, Logadóttir called attention to the importance of collaborative problem-solving in promoting long-term sustainability in the Arctic.

“You don’t do anything alone in this space,” she said. “Working in this space is collaborating with others toward solutions and seeing good projects come alive and make a difference.”