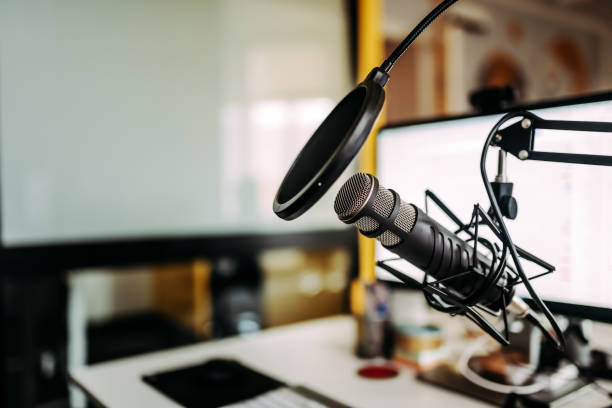 Whether you’re a seasoned podcast lover or you’re simply using the medium to seem more interesting for an upcoming date, you’ve come to the right place! Here are Crimson Arts’s top five recommendations for must-listen podcasts.

“Stuff You Should Know”

Hosted by Josh Clark and Charles W. "Chuck" Bryant, “Stuff You Should Know” (SYSK) is an educational podcast that covers everything from urban planning to psychological disorders to failed Hitler assasination plots. In the span of 40-or-so minutes, Josh and Chuck deliver entertaining and engaging, yet nuanced and well-researched topic overviews. So, the next time you find yourself bored with your day-to-day routine, think about the systems that enable even the simplest tasks we all might take for granted — or the most random historical artifact you once heard about in high school — and chances are SYSK has an episode about it. The show also does a great job with objective treatments of controversial issues (see “Is Vaping Really Bad for You?” “How Lobbying Works” or “How the Electoral College Works”), so it’s a great resource for getting your facts straight before a politically charged conversation. And if you still don’t know where to start, just scroll through the 12-year history of the podcast, and something is sure to catch your eye.

“How I Built This”

On “How I Built This,” host Guy Raz interviews the world’s forefront “innovators, entrepreneurs, and idealists” to tell the story of how their businesses got their start. The show has interviewed some representatives from the world’s top brands —Instagram, VICE, Lyft, Instacart, Slack, LinkedIn, and many more — but the primary draw for many listeners is learning how extraordinary moguls persevered through extreme adversity or otherwise challenging circumstances. This is not necessarily the case with every single episode — for example, Instagram’s straightforward story involves little more than the launch of the platform and its purchase by Facebook. However, some great episodes on this front — Tate’s Bake Shop, Wikipedia, Duolingo, and Airbnb — are definitely worth the listen.

“Rabbit Hole” is an eight-episode series from The New York Times, in which journalist Kevin Roose presents a year of research into how the internet shapes our lives. The series takes the case study of one man’s Youtube history to explain how the platform’s AI algorithm led him “down the rabbit hole” of far-right radicalization. In episode four, Roose interviews Youtube CEO Susan Wojcicki on how the company is addressing this phenomenon of algorithmic radicalization. This analysis of YouTube then serves as a springboard for more general discussions of internet culture and its far-reaching effects on society. The show unearths the deep web forums where conspiracies like “Pizza Gate” and QAnon first took hold and details the rise of internet sensation Pewdiepie, interviewing him about a controversy over an anti-semetic video on his channel. “Rabbit Hole” should be listened to sequentially, but the edge-of-your-seat tone of Roose’s revelations will make the series’ eight episodes fly by. The show was released as a response to the beginning of “quarantine” (which should honestly by now be recognized as a formal historical period), so it couldn’t be more relevant to our lives today.

“The Next Big Idea”

“The Next Big Idea” was developed by host Rufus Griscom with writers and scholars including Malcolm Gladwell, Susan Cain, Adam Grant, and Daniel Pink. In each episode Griscom interviews the author of a recent book that the team has identified as “the next big idea” in business, science, health, or culture. The show answers questions like “What makes us happy?” “How can we become less distractible?” and “Why do we have racial bias and what can we do about it?” In the hour long show, Griscom and an author-interviewee summarize the author’s new concept and explore its implications in our lives. In this way the show appeals to readers and nonreaders alike, intriguing some enough that they might pick up the book, but at the same time giving less literary listeners enough information that they don’t really need to read it themselves. Wherever you fall, “The Next Big Idea” is certain to give you a new perspective on life.

“This American Life” is more or less the defining work of the podcast medium. It was even the first radio show to ever win a Pulitzer Prize in May. Each episode has a loosely defined theme that’s introduced at the beginning by host Ira Glass. Then, the show proceeds in several “acts,” in each of which interviewees tell a different story that fits the theme, usually in the form of a first person narrative. The episodes range from hard-hitting journalism to sentimental memories to funny stories to harrowing tales and more. The show first aired in 1995 and since then has produced over 700 episodes, so it's hard to know where to start. To this end, you can check out ‘New to This American Life?,’ a list curated by the creators themselves, or listen to my favorites first: “Really Long Distance,” about a phone booth in Japan that is said to allow people to communicate with loved ones lost in the 2011 tsunami and earthquake, and “Go to the Mattress,” about a woman who grew up in America but was kidnapped and held in captivity in Pakistan without any relics of her past life, except for a copy of “Little Women” she hid under her mattress. If all else fails and choosing a first episode seems too daunting, at the very least watch this episode of HBO’s High Maintenance, which takes quite an interesting look into the production of “This American Life.”