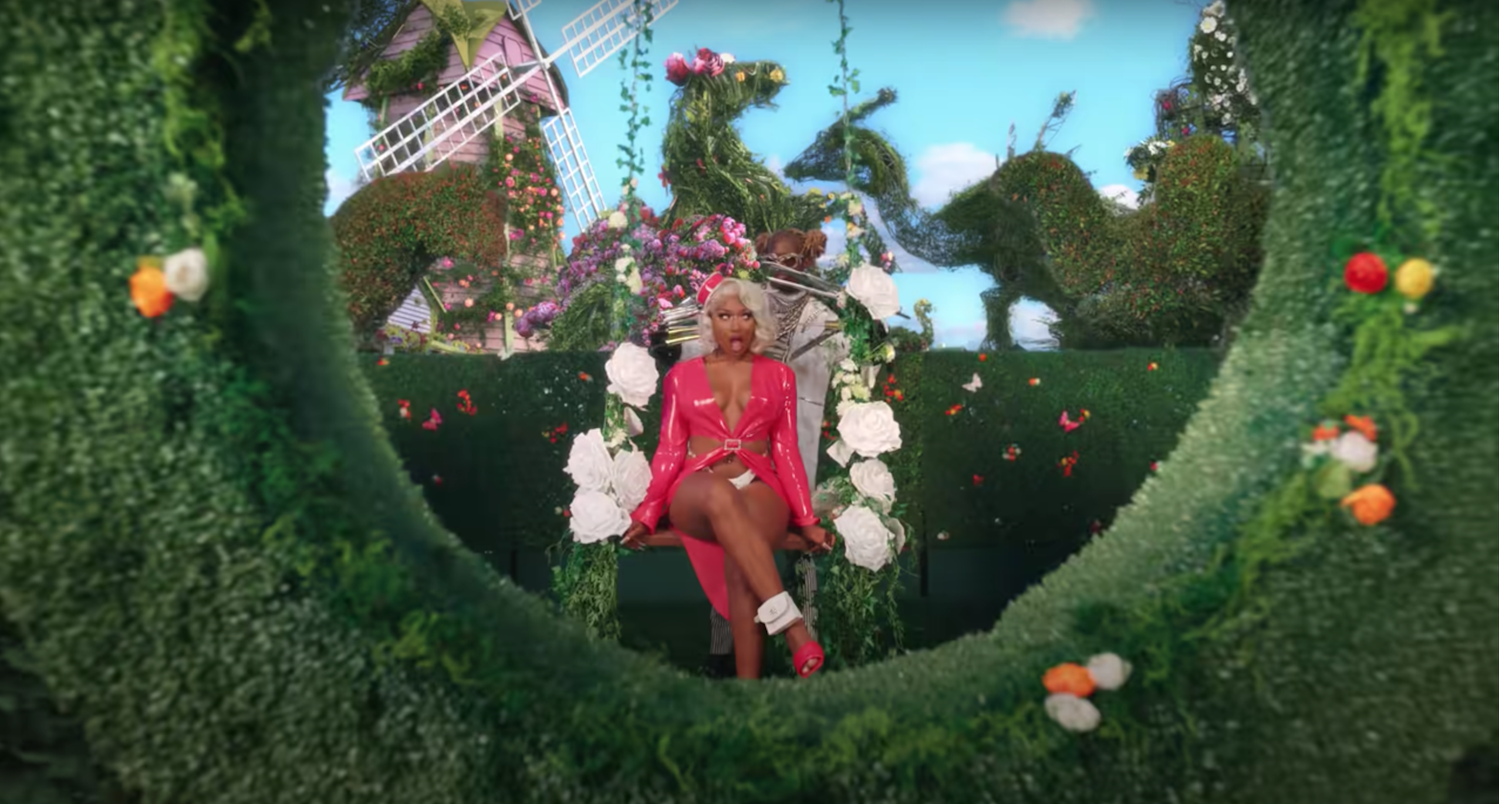 Dearly beloved, we are gathered here today to mourn the loss of another hit song, Cardi B and Megan Thee Stallion’s “WAP.” Yet another bop has been drained of all its fun by TikTok creators. The many remixes were amusing at first. I myself enjoyed the “Bohemian Wapsody” rendition of Megan’s verse. But soon, tragedy struck, as it does for all good songs that find themselves wandering the alleys of TikTok late at night. “WAP” and “The Phantom of the Opera.” “WAP” and “Let it Go.” Have these wannabe DJs no shame? Must they ruin every beat they upload to GarageBand? Can they not tell that the “swallow me” lyric falls on the downbeat?!

Having squeezed every ounce of inspiration from “WAP,” Tiktok has finally allowed Megan Thee Stallion’s verse to rest in peace. We can only pray that they do not get their hands on her new collab with Young Thug, titled “Don’t Stop.” Just in time for Halloween, Megan serves us “Alice in Wonderland”-meets-“Goosebumps” in this newest video. Hopefully, this mashup does not inspire any more crimes against Megan’s songs — although a “Don’t Stop” and the “Goosebumps Theme Song” remix could be an exception to this.

Though there’s no storyline, the music video evokes many elements from the Disney classic: Megan begins her first verse dressed as the Cheshire Cat in a pink and purple leotard, complete with his bushy tail. The backlit dancers and spooky circus vibes given by the set amplify the Halloween theme. Admittedly, for a video paying homage to the Cheshire Cat, the lack of glowing eyes and a toothy smile is disappointing.

The music video gets less spooky as Megan Thee Stallion, dressed as the Queen of Hearts, dances in the iconic hedge garden from “Alice in Wonderland.” Enter Young Thug dressed as… Edward Scissorhands? Not quite on-brand, but at least he contributes to the scene by trimming the hedges — yes, with his scissor-hands. Young Thug’s next costume, however, is just as random. He’s dressed as Michael Jackson in the “Thriller” music video, abandoning the “Alice in Wonderland” theme. With so many characters to choose from, excluding the Mad Hatter is almost criminal. Instead, we’re given Young Thug Scissorhands and Michael Jackson dancing with the Queen of Hearts.

Not quite the collab of the century, but still a better mash-up than anything TikTok could create.