‘The Ascension’ is Sufjan Stevens’ Strangest — and Best — Work Yet 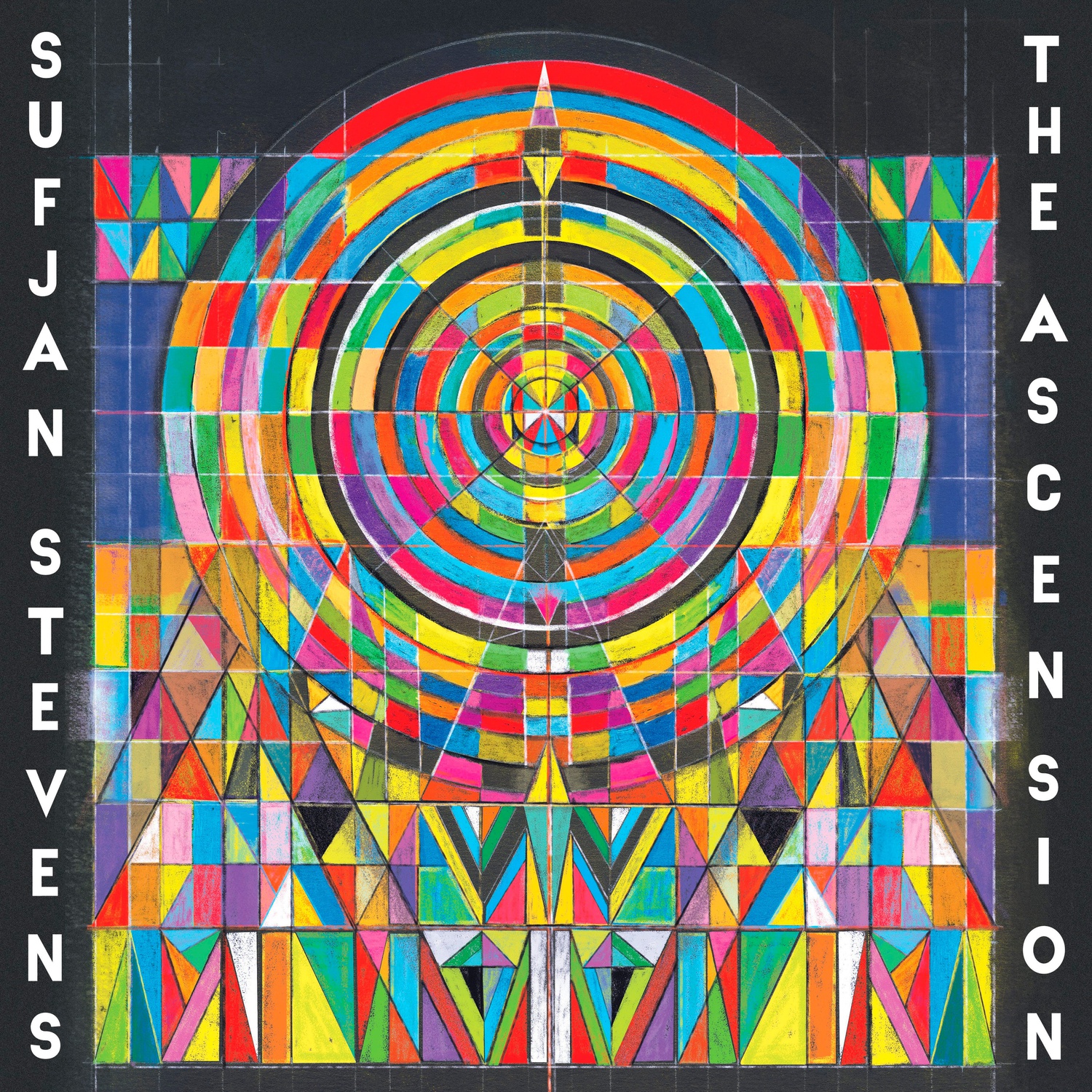 His songs have always been difficult to describe: They ricochet between worlds of sound as different as Renaissance polyphony and EDM dance-beats in the space of seconds, always with his trademark flair. As a lyricist, his focus on the complexities of his religiosity makes him almost unclassifiable. His music is too deeply intertwined with his belief to lump him in with the aggressively secular indie mainstream, but he steadfastly refuses to be called a “Christian artist,” calling music of that genre “devotional artifice” and “didactic crap.” That label would do him a disservice, anyway, since so much of his music explores the jumbled intersection between the heavenly and the mundane, the divine and the down-to-earth.

“The Ascension” is by far his most ambitious exploration of this juncture yet. Throughout its hour and 20 minutes his faith is never far away: In most of its 15 songs he sings directly to God, and even when he doesn’t his lyrics are suffused with religious imagery. But these are no straightforward hymns of praise, and calling them unconventional would be an understatement. The opening song, for example, asks its addressee — “the Lord himself” — to “move like a centipede.” Though this is an especially jarring simile, much of the album goes further, pushing lyrical boundaries with an astonishing audacity. For the most part, it succeeds, and this radical use of language draws out new meanings instead of mindless provocation.

When Stevens is able to give meaning to lyrics this unexpected, the effect is amazingly destabilizing. “Ativan,” an album highlight, seems to be addressed at times to both God and the titular drug, and Stevens’ blurring the boundaries between recreational drug use and Christian spirituality in lines like “tranquilize me and revise me” is unarming in the best possible sense. There is a boundary-pushing, vivid physicality even in the song’s more conventional sections and, at its extreme, the forthright frankness of “I shit my pants and wet the bed / It takes some time to throw the demons off” conveys much more about a spiritual struggle than any meditation on metaphysics possibly could.

Certainly, this radical approach to religion will not appeal to everyone. Nor will the fact that Stevens — an artist who in the early 2000s dallied with the idea of making 50 albums as a tribute to each US state, filled many of his early songs with good-natured references to signposts of Americana, and has been mostly apolitical, at least explicitly, in his music until now — chose to throw politics into the mix. The album’s last song is called “America,” and here he sings a protest to that country for the first time, with “no shame to admit I no longer believe” in the American dream. This disillusionment with his nation, meaningful and skillfully presented on its own, would feel awkward if not for earlier songs’ hints at the same theme, hints which are only made clear much later.

For all the unexpectedness of the lyrics, Stevens’ music is only more audacious, and in that reckless experimentation lies the album’s real greatness. He pushes the genre-jumping, playfully-experimental attitude of his earlier work still further here and, when it works, the result is equally great. The hyperactive percussion underlying most of the songs is often based not just on a conventional drum-kit or normally synthesized sounds: It draws instead from daily, mundane, “found” noises, like an elevator’s ding or a beeping alarm. Distorted almost beyond recognition by electronic processing, they are collated together into intricate mosaics that stand behind much of the music and are certainly among the highpoints of the album.

Had these been omnipresent, we might have tired of their effect. However, Stevens effectively intersperses sparing, empty textures in between them, allowing our ears a break and forcing us to process their complexity. Some songs, meanwhile, such as “Lamentations” and “Die Happy,” have long stretches of almost no pitch at all, maintaining interest solely on the strength of these sounds. In other places, Stevens electronically manipulates long instrumental interludes into creations that are somehow more expressive because of how contorted they are.

Despite this sort of innovation, he falls back on the same musical devices a bit too frequently. The first song ends with a long, ascending scale backed by a thumping bassline, and it grows almost to a frenzy when the bass suddenly cuts out and we are left with long-lasting lines and ethereal harmonies that fade to the end. It is a wonderful effect the first time it is used, and even the second time as well, but the unexpectedness that lends it this wonder is lost when Stevens leans on it to end his songs as often as he does here. It is an apt musical depiction of lost expectation and disillusionment, but its overuse makes it dull.

Leaving these comparatively minor imperfections aside, though, “The Ascension” is a masterful work. It is not an easy listen: Its lyrical difficulties demand more than a casual hearing, and the atmosphere and impact for which it strives — and usually attains — require more effort from a listener than much else. But these difficulties are never superfluous, nor does Stevens ever insert a quirk for its own sake. Rather, one gets the sense while listening that this is his natural idiom, that the unexpected truths he seeks to illuminate here could not have been expressed another way. This is certainly Stevens’ best album yet, and in a year already filled with excellent releases, it ranks among the greatest.