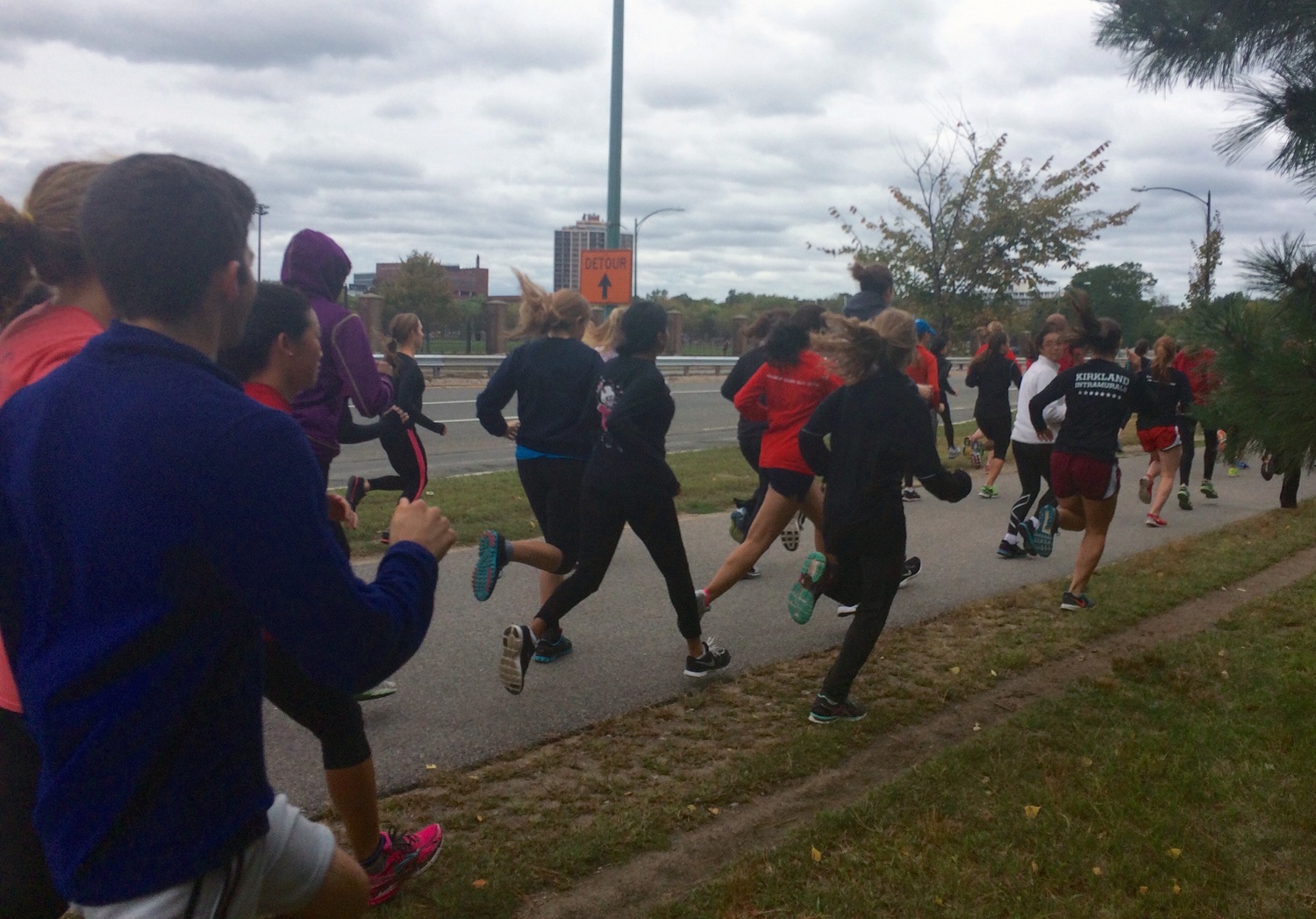 Moving from serves on Cambridge tennis courts to servers on the Internet, the College’s intramural sports program transitioned online for the fall semester.

Upperclassmen at Harvard can participate in the House Intramural Program, in which all 12 Houses and the Dudley Co-op compete in sports and vie for the annually-rewarded Straus Cup. First-year students participate in a separate intramural league for the Yard Trophy.

As courses and extracurriculars have adapted to virtual and distance settings this semester, so too have the intramural program’s offerings.

“We held a trivia event that was pretty popular. And then we tried something new with eSports where we partnered up with HeSPA, which is the Harvard eSports Association, and we ran a rocket league tournament throughout the houses,” Edwards said.

He said participation in River Run increased from previous years, with 220 runners compared to 80 to 100 in prior semesters. The junior class had the lowest rates of participation out of the four class years, according to Edwards.

“What I've noticed is that the sophomores right now are looking for ways to build community, because they sort of missed that in their second half of their freshman year. I am a little bit more concerned about the junior class,” Edwards added. “There might be less impetus to go out and find new opportunities because they've already begun to experience it.”

Alexander A. Carras, the recreation programs and club sports coordinator, said that because it has expanded to non-athletic events, he hopes the IM program can be an outlet for all students.

“I can't stress enough the importance of the mental break and the positive effects that this physical movement or social engagement can have for students who are pretty much dealing with everything virtually,” Carras said.

Still, some students said they have had a difficult time connecting with a wide group of classmates through virtual intramurals. Daniel R. Brunnick ’22, IM representative for Cabot House, said participation for his House has been relatively sparse. He estimated that roughly four people turn out for each event, typically those already active in Cabot’s House Committee.

“I'll see the same few people, like the same small handful of people, when we do virtual events,” he said. “I definitely have continued with intramurals because I'm passionate about supporting Cabot, but it's just it's definitely tough to do events where people don't show up.”

Israel A. Perez ’23 — who participated in the River Run —said he appreciated the effort put into coordinating IM events like River Run in a remote environment.

“In a way, we are still trying to be a team,” Perez said. “I guess it’s the thought and effort that counts, especially for this, the River Run.”

Despite the online format, houses will still compete for the Straus Cup. The aspect of competing for a prize could potentially increase participation, according to Eliot IM representative Michael D. Wu ’22.

“We're trying to connect the students all over the globe: we have to be cognizant of what they're dealing with in their home countries, their home states and towns, maybe restrictions they have to deal with,” Carras said. “Whatever offerings we put out there, just make sure that it is open to all students and if not, offer alternative programming that might supplement something that a student can not do.”

Edwards said the intramural committee has already planned multiple events for the remainder of the semester including trivia competitions, a spelling bee, an online chess tournament, and a running mileage competition. He also said the IM program will host a scavenger hunt in which students can participate from any location.

Regardless of how programs perform this semester, Carras says the organizers will work improve future IM offerings.

“Just like everything in the world right now, we are adapting and changing,” Carras said. “So even if things revert back to our traditional IMs, we will take a lot of what was successful here and continue to do it.”

— Staff writer Andy Wang can be reached at andy.wang@thecrimson.com.