‘The Mandalorian’ Season Two Preview: The Dangers of Fan Service 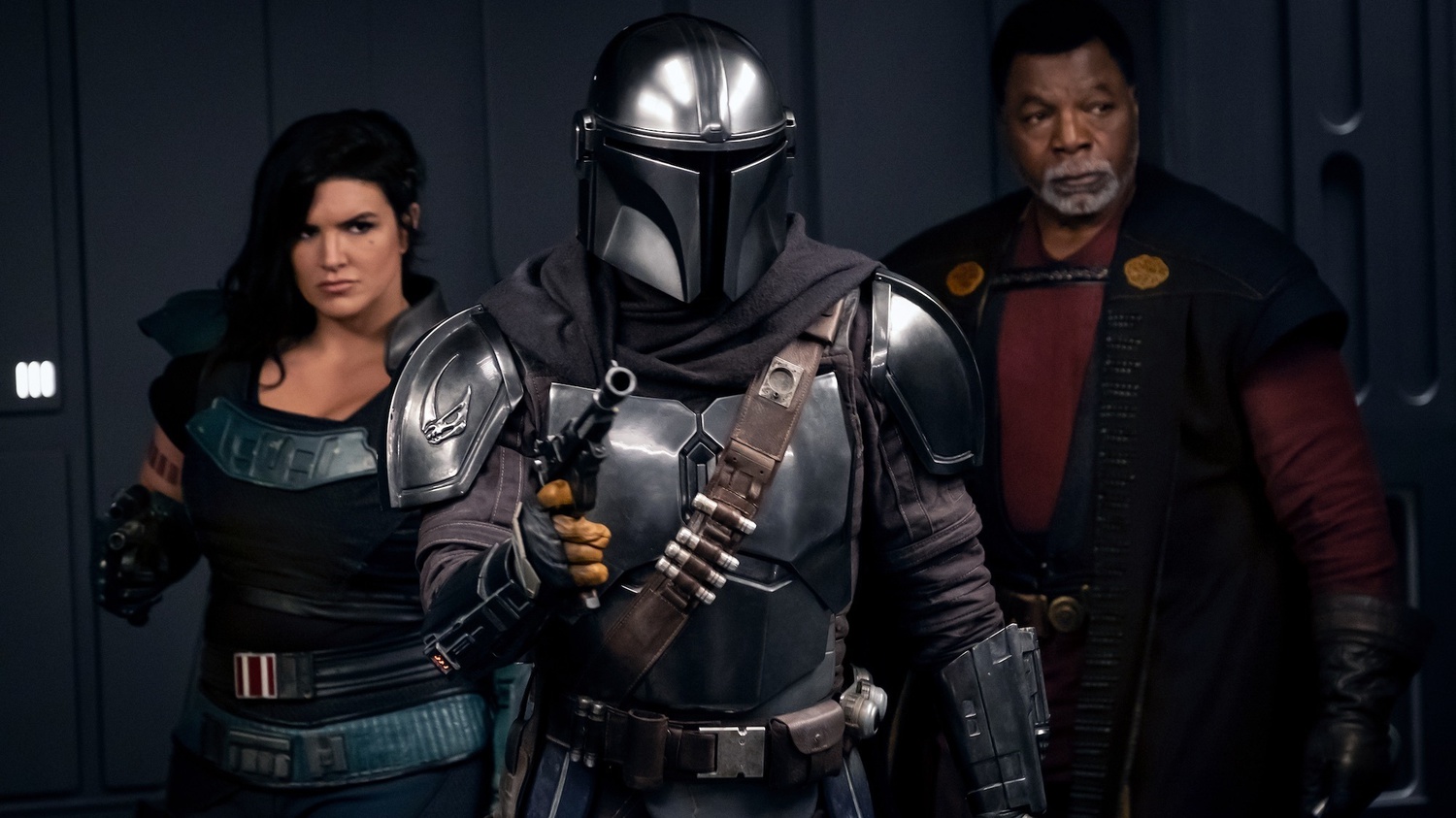 Gina Carano is Cara Dune, Pedro Pascal is the Mandalorian, and Carl Weathers is Greef Karga in Season Two of 'The Mandalorian,' premiering on Oct. 30. By Courtesy of Disney
By Sam F. Dvorak, Contributing Writer

Everybody loves Baby Yoda. “The Mandalorian,” helmed by showrunner Jon Favreau, was the “Star Wars” franchise’s first foray into the world of live action television, and it was met with widespread acclaim from fans and critics alike. The first season concluded this past spring, leaving fans hungry for more.

The finale left the titular Mandalorian (Pedro Pascal) ready to embark on a quest to return the Child (better known to viewers as Baby Yoda) to its people — a mysterious “order of sorcerers — called Jedi.” The appearance of chief antagonist Moff Gideon (Giancarlo Esposito) raised the stakes as viewers learned that he was in possession of the darksaber, a weapon that played a significant role in the animated series “Star Wars: The Clone Wars” and “Star Wars Rebels.”

Any “Star Wars” project is bound to be highly anticipated, and Season Two of “The Mandalorian” is no exception. The show was very lucky to have finished shooting just days before the pandemic struck. Due to the remarkable efforts of the team during quarantine, the show was able to stay on schedule for an October 2020 premiere. The first trailer for Season Two reveals glimpses of new planets, mysterious characters, and even some X-wings. This first look teased that Mando’s world is about to get a lot bigger as he travels the galaxy in his quest to find the enigmatic Jedi. This new season has extraordinary potential to continue to tell a unique “Star Wars” story with engaging characters, but whether or not it will succumb to fan service remains to be seen.

In the marketing for Season One last fall, Baby Yoda was kept entirely secret to preserve a dramatic reveal. Could audiences be in for another surprise character appearance? There have been many rumors, and sources suggest that a multitude of fan favorite characters will be joining the cast of “The Mandalorian” — most notably former Jedi padawan Ahsoka Tano (previously seen only in animated form) and bounty hunter Boba Fett (who briefly appeared in the original trilogy). Other popular animated characters such as Captain Rex, Bo-Katan Kryze, and Sabine Wren have been rumored to be making their live action debuts. At first glance, bringing Mando together with all these characters may seem like a “Star Wars” fan’s dream — but could it backfire?

Overdoing fan service has not served “Star Wars” well in the past, and giving into it now would deal “The Mandalorian” (and the franchise as a whole) a crippling blow. Many critics and a large subset of audiences criticized “Star Wars: The Rise of Skywalker” (2019) for excessively pandering to fans. The film sacrificed story just to include moments that fans wanted to see, and critical plot elements established in earlier films (like Rey’s parentage) were seemingly reversed. Bold choices such as bringing fan favorite character Emperor Palpatine back to life (it’s complicated) may have seemed like good moves on paper, but they were widely considered to be poorly executed.

It’s tempting to want to see “The Mandalorian” connect itself more deeply to stories and characters that fans already know, but doing so would diminish what made the first season so great. Season One took audiences to a galaxy they’d been to before, but it didn’t repeat the same stories with the same characters. It stood on its own, enjoyable for both long-time “Star Wars” fans who appreciated the references and new viewers who just liked the show. Remarkably, the word “Jedi” was said only once the entire first season, in a very impactful and tantalizing moment. This is when fan service in “Star Wars” is at its best: in layers of details that contribute rather than distract, and in dramatic moments that serve the story.

If Season Two wants to see the same widespread success as Season One, it will need to toe this line carefully — and if it does, then audiences could be in for another fantastic adventure in a galaxy far, far away.

Season Two of “The Mandalorian” premieres on Disney+ on Oct. 30.