What The Hell Happened: Kanye Gives Kim a Hologram of... Her Dead Father? 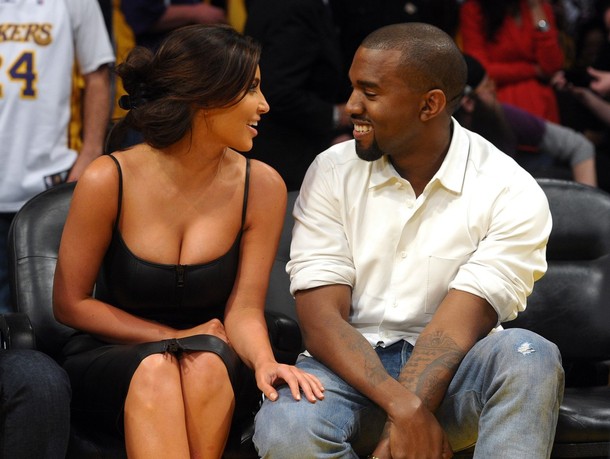 Kim and Kanye, nary a hologram in sight. By Courtesy of Noel Vasquez/Getty Images/Flickr
By Raina F. Cohen, Contributing Writer

Wrapping our heads around everything going on in 2020 is an impossible feat. So maybe Kanye West’s attempt to raise the dead for a birthday present to his wife isn’t as surprising as it ordinarily would be. The gift, a hologram of Kim Kardashian’s deceased father, feels like a plot point from a Kardashian-themed “Black Mirror” episode. Again — it fits right in with 2020.

The hologram depicting Robert Kardashian, who passed away in 2003, speaks to Kim and is programmed to share many touching messages, including that she married the “most, most, most, most, most genius man in the world.”

Kim tweeted a video of the hologram’s entire message to her, along with the caption “For my birthday, Kanye got me the most thoughtful gift of a lifetime. A special surprise from heaven. A hologram of my dad. It is so lifelike! We watched it over and over, filled with emotion.”

In addition to praising Kanye, the hologram also had thoughtful words for Kim. “You look beautiful just like when you were a little girl,” it said. “I watch over you and your sisters and brothers and the kids every day."

Social media had mixed reactions to the gift, and many mocked Kanye for the decision. Comedians such as Jenny Jafe joked about the choice, saying, “I was gonna get Robert Kardashian holograms for my family for the holidays, but now it won’t be a surprise.”

Fans reacted to the hologram with a litany of Twitter comments. They described it as “creepy” and one wrote, “2020 is the weirdest year of all time.”

Kris Jenner defended the hologram, calling Kanye “the king of gifts.” She shared that viewing the hologram with the family was “intense” and that the whole family started to cry. “It was a beautiful, beautiful moment,” she said.

Not all fans were anti-hologram — many were supportive and wanted the family to enjoy it. Reporter Nola Ojomu praised Kanye’s decision, saying, “You might not like it, but Kim and her family were always gonna love it!"

Ojumu is right — the Kardashians don’t usually let a mixed public opinion dictate their lives. They clearly loved the present.