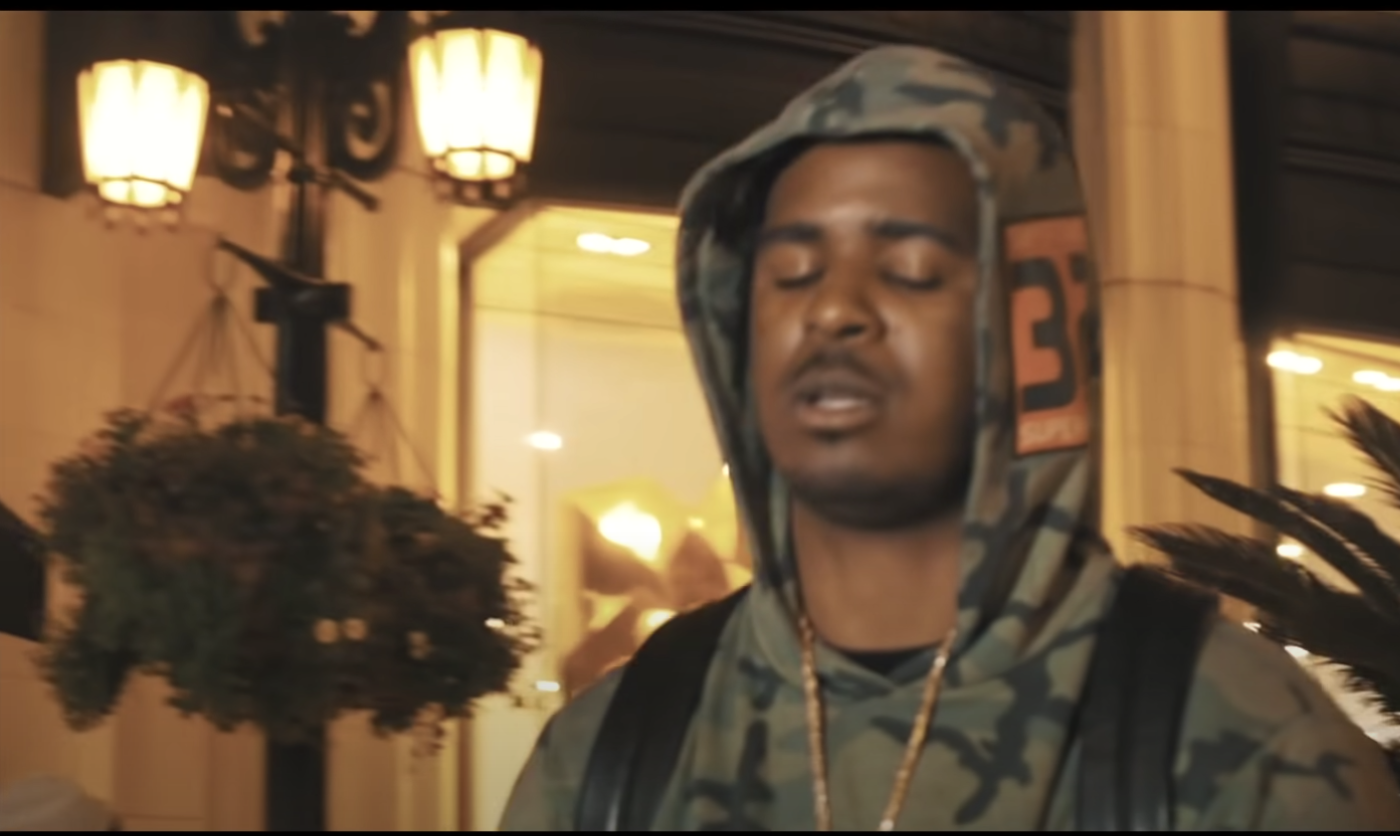 Drakeo the Ruler was released from prison on Nov. 4 following a tumultuous legal battle with Los Angeles County District Attorney Jackie Lacey. Before his arrest in 2017, he was one of the fastest rising artists out of L.A. He has spent the past three years in custody.

In 2019, Drakeo was acquitted of a murder charge related to a 2016 shooting. During the trial, eye witnesses testified that Drakeo was not the shooter. According to testimony, he hid upon hearing the shots, in fear that he was the one being attacked. The jury found him not guilty.

Despite being cleared of all wrongdoing, Drakeo was held for another year behind bars as Lacey refiled the same charges claiming his rap group, the Stinc Team, was in fact a gang. Lacey even attempted to use his song lyrics as evidence against him.

Drakeo finally caught a break when Lacey lost reelection this week to challenger George Gascón. After a single day of trial, a plea deal was brokered and Drakeo was set free. Reporter Jeff Weiss, who has covered the entirety of Drakeo’s case, said on Twitter that Lacey’s removal was instrumental in reaching a deal.

To celebrate his long-awaited release, here is a list of Drakeo the Ruler’s top five songs.

“Quit Rappin” appears on the album “Thank You For Using GTL,” which Drakeo recorded from prison this year with help from producer JoogSzn. Rapping through a jail phone, Drakeo communicates an infectious swagger. On the chorus of the track, Drakeo brags: “I tried to tell my wrist it should quit dancin’ / The lights came on it went chimpanzee.” The song and the album as a whole speak to Drakeo’s unwavering commitment to his craft and perseverance in the face of his frustrating and unjust incarceration. It also proves that even while behind bars, Drakeo can still out-rap most others in the game.

Released as a single in 2018, “Musty Freestyle” showcases Drakeo’s trademark breezy flow and top-tier rhyming. The track uses the beat to “Musty,” off the 2017 Shoreline Mafia mixtape “ShorelineDoThatShit,'' and features a snippet of member OhGeesy’s verse. Matching the high energy of the original Shoreline version of the track, Drakeo shows off his lyrical talent: “I got Bally, I got Louis, I ain't really into Prada / Split medulla oblongatas, a couple way from a father.” Although the song is one of his lesser known works, it’s also one of his best. A version of the track was featured on the debut album from Shoreline Mafia this year.

A remix of a song from his 2017 album “Cold Devil,” “Out the Slums (Remix)“ sees Drakeo match wits with rap legend Danny Brown to produce an infinitely replayable classic. The song was remixed and released this year while Drakeo was imprisoned. The track features a solid outing from Drakeo’s longtime affiliate, Watts rapper 03 Greedo, who was sentenced to 20 years in prison in 2018. Along with close collaborators Shoreline Mafia, Drakeo and Greedo have become pillars of the L.A. rap scene. Drakeo and Greedo’s respective arrests were devastating to the development of the current West Coast sound. For an artist as big as Brown to add his talents to this track is a validation of the pair’s hard work and contributions to the game.

A track off his 2020 compilation album “Free Drakeo,” “Ion Rap Beef” is Drakeo’s protest against his unfair legal treatment and a message to Lacey. Drakeo speaks directly on the prosecution’s targeted use of his song lyrics in his trial: “Judging by my case files, I’m obsessed with rifles.” He also addresses his mistreatment by the media and his prosecutors: “They gon' have to find a suitable picture for Fox 11.” Greedo nicely compliments Drakeo’s biting remarks with a leaping autotune verse that closes out the track. Featuring stellar production from JoogSzn and an incredibly smooth flow from Drakeo, the track ranks high within his discography.

Like “Out the Slums,” the song got the remix treatment this year, with a rare feature from underground rap hero Earl Sweatshirt. On the remix version of the song, Earl states his support for Drakeo: “F*ck the DA, Free the Ruler.”

Another cut off “Cold Devil,” “Flu Flamming” is perhaps Drakeo’s most famous song. It also happens to be his best. The track features one of the most unique opening verses of any rap song released in the last five years. The combination of Drakeo’s relaxed, continuous flow and his impressive wordsmithing has defined the new era of West Coast rap. The “Flu Flamming” music video released by the World Star Hip-Hop YouTube channel in 2018 has almost six million views. After Drakeo was locked up, several other rappers began to co-opt his rap style and sound. Now that Drakeo is free, L.A. rap is sure to reach new heights.