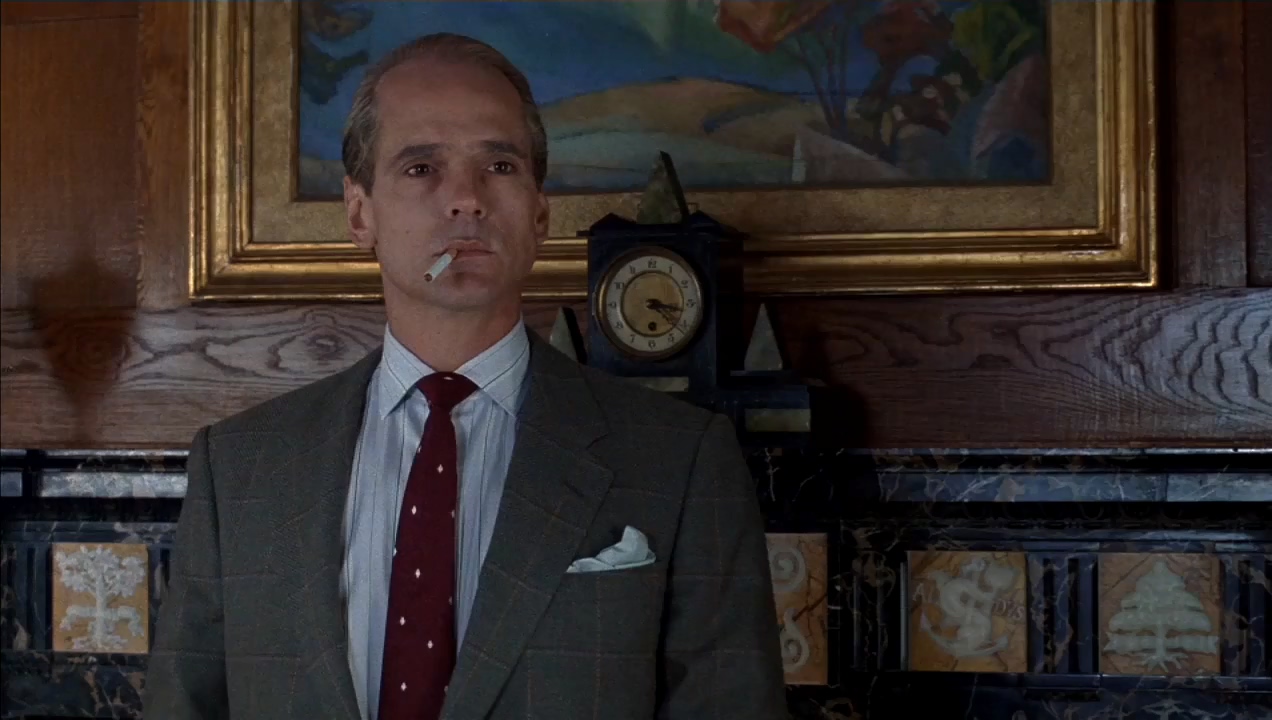 Every man has thought about killing his wife — or, at the very least, Claus von Bülow has thought about killing Sunny von Bülow. “Reversal of Fortune” is based on former Harvard Law School professor Alan Dershowitz’s novel of the same name, which recounts his role as the defense lawyer in the von Bülow attempted murder case. The film is a critically-acclaimed courtroom drama narrated by character Alan (Ron Silver) and his ragtag legal team as they prepare to defend Claus in court, slowly unearthing what happened in the von Bülow household the night Sunny fell into a coma. “Reversal of Fortune” doesn’t just ask whether Claus killed Sunny; it interrogates how judgments of innocence and guilt are made.

"Reversal of Fortune" was originally released in the United States on Oct. 19, 1990, and is just one successful film in director Barbet Schroeder’s celebrated filmography. Starting his career as a producer, Schroeder began directing with “More” (1969), a story of heroin addiction inspired by the United States’ 1960s counterculture movement. The Iranian-born and French-raised filmmaker then transitioned from creating European hits to Hollywood blockbusters, eventually culminating in “Reversal of Fortune.” Upon its release, the film was widely well-received, and was even nominated for three Academy Awards: Best Actor, Best Director, and Best Screenplay Based on Material from Another Medium. Jeremy Irons, who plays Claus, ultimately won Best Actor.

Thirty years later, “Reversal of Fortune” is just as worthy of the critical acclaim it received decades ago. In the first few minutes of the film, Sunny’s ominous voice narrates over images of her family, as the camera pans until it is revealed that her disembodied voice is associated with a comatose body that lies motionless on a hospital bed. It's a revelation which primes a dreadful suspicion that lingers for the rest of the film, even when Claus explains his claims to innocence. Schroeder's consistent subversion of expectations keeps audiences uncertain as to whether Claus really was responsible for Sunny's death.

This air of doubt is matched perfectly by Irons’ suspiciously secretive performance. But while Irons' performance as Claus was suitably award-winning, the characters who surround him fall flat. When Alan decides to take the case and enlists the help of his students, one voices an apparently obvious concern: Alan should not be defending Claus because he’s clearly guilty. A back-and-forth ensues, in which Alan convinces her that this case is bigger than Claus, and as such, should be taken.

The dialogue, particularly from Alan’s law students, is quick and digestible, serving to propel exposition or clarify a plot point. While Irons’s performance casts a shadow of doubt, the background characters act as a stand-in for the audience. They voice the viewers’ questions and concerns as Alan attempts to untangle the mystery of his client.

All in all, “Reversal of Fortune” is nothing short of an effective mystery movie. Schroeder takes advantage of established plot structures with an inciting incident, buildup, and climax to inch the film towards a final verdict in Claus’s court case. The central conflict of “Reversal of Fortune” is that Claus’s explanation of the events surrounding Sunny's coma hints at his innocence, but his suspicious behaviour and callous demeanor suggests that he is guilty. This doubt is imprinted until the film's final scene, when Alan says goodbye to Claus after winning the appeal in court. Alan looks Claus dead in the eyes and doesn’t answer the movie’s central question, but rather pushes uncertainty over the edge as he tells him, “morally, you're on your own.”