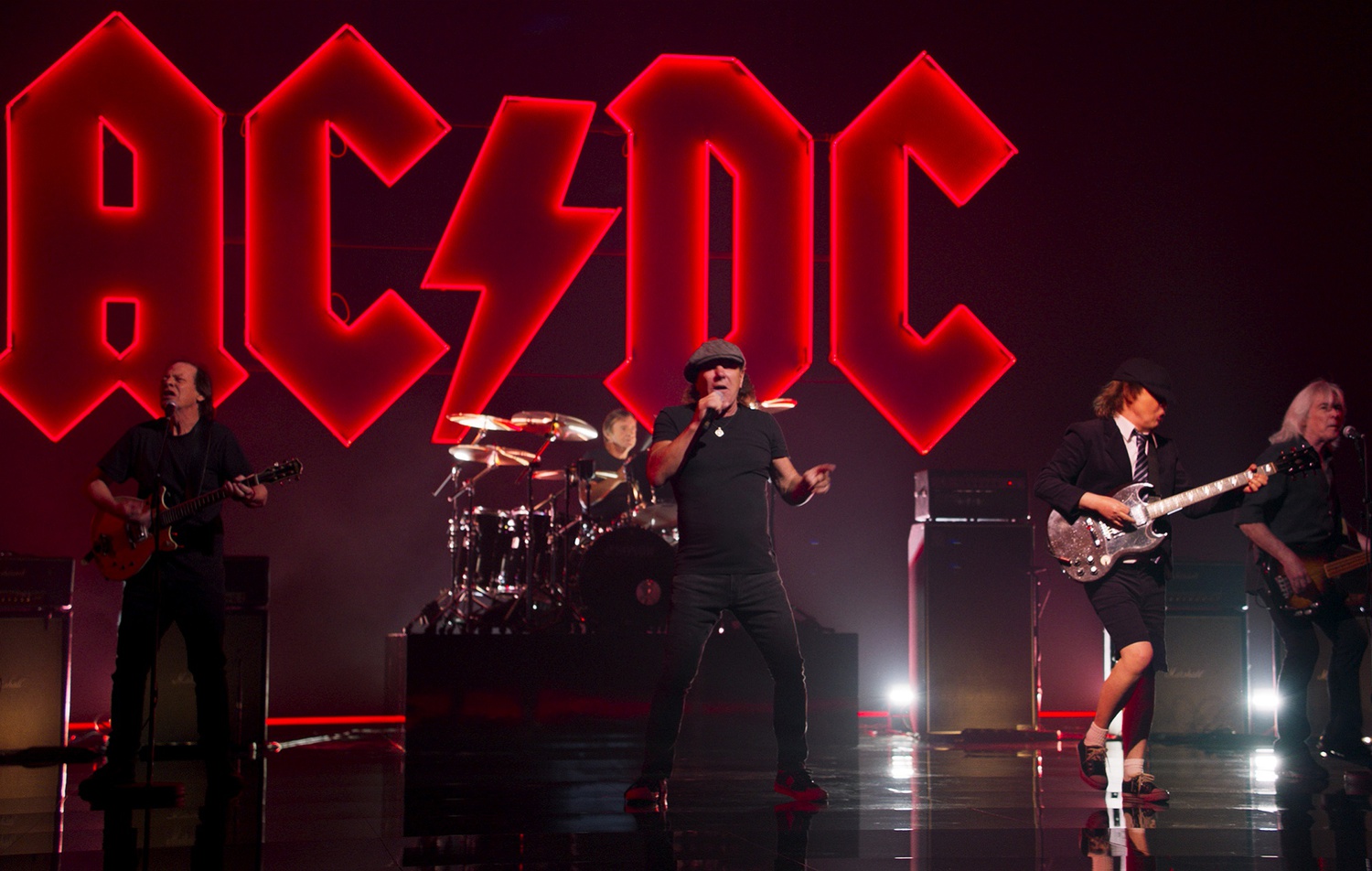 A still from AC/DC's music video for "Shot In The Dark." By Courtesy of AC/DC / Atlantic Records
By Sofia Andrade, Crimson Staff Writer

Perhaps the best thing an AC/DC song can sound like is, well, an AC/DC song. Or, at least, that’s what one would gather from listening to the rock group’s latest single, “Shot In The Dark.”

Written sometime before the passing of the rock and roll band’s co-founder and rhythm guitarist Malcolm Young in 2017, the track was released on Oct. 7 in anticipation of the band’s upcoming album, “Power Up.” The first single off the album, “Shot In The Dark” is pure, unbridled AC/DC — signifying a major comeback for the Australian band after their 2016 hiatus.

The track begins with co-founder Angus Young’s sludgy, bluesy guitar playing as it leads the way for Brian Johnson’s iconic metal-tinged vocals and Phil Rudd’s sharp, violent drumming. Immediately, the powerful combination of hard rock riffs and bluesy bass lines makes clear that “Shot In The Dark” is primed to join the ranks of AC/DC classics. In fact, the track debuted at number five on Billboard’s mainstream rock charts on Oct. 17, making it the first song to chart so highly with its debut in over a decade.

At a time of upheaval and general strangeness, “Shot In The Dark” reliably brings listeners back to a time when things were simpler: the mid ’80s. “Blasting on the radio, breaking on the TV show / Send it out on all the wires / And if I didn't know any better, your mission is to party / Till the broad daylight,” Johnson sings of his entourage’s late-night antics, his voice raging over a heavy mix of crashing cymbals, thumping bass lines, and gritty power chord guitars.

Where the track’s lyrics fail in terms of relatability to the current, they make up for in nostalgia points. With “Shot In The Dark,” AC/DC immerses listeners in the height of ’80s debauchery and rock mythology, where rockstars would spend the nights partying without a care (and superfans would spend their days pissing off their parents by playing AC/DC’s music too loud in their basement). Young’s soaring guitar shredding at the song’s bridge provides the final ingredient to complete the modern classic.

More and more artists are turning to their own versions of quarantine-ready music, like Taylor Swift’s stripped-back “Folklore” or Fiona Apple’s musically expansive “Fetch the Bolt Cutters.” AC/DC, however, breaks from that narrative. Instead, they choose to stick to what they know best, and with it provide a deeply needed sense of continuity within the greater sphere of rock and roll legend.