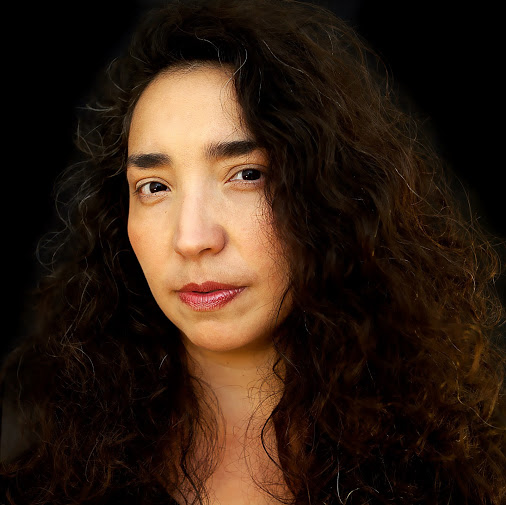 Avant-garde jazz pianist and composer Angelica Sanchez is no stranger to high-profile collaborations. Having previously worked with the likes of trumpeter Wadada Leo Smith and bassist Richard Davis, Sanchez teams up with fellow pianist and free jazz artist Marilyn Crispell on her latest album “How to Turn the Moon.” The Harvard Crimson sat down with Sanchez to talk about her artistic processes, neuroscience, and her latest recording.

The Harvard Crimson: How did you begin playing and composing jazz?

Angelica Sanchez: I was about 10 years old, and I decided that's what I wanted to do. We saw some local musicians, and ever since then, I started studying and playing jazz. As a small child, my father had a bunch of records that I wasn't interested in initially. Then when I realized what they were, I was like this is — this is what I want to do. Then in high school, I started composing. I was taking lessons at that time and part of our lessons was to compose. I was always interested in composing. So then that just grew and grew and grew. As I got older, I studied more and more. Those things sort of happen gradually.

THC: How did you and Marilyn Crispell start working together and how did you decide to work on “How to Turn the Moon”?

AS: I've been a big fan of Marylin's since probably my teenage years. We met some time ago, at a music camp run by Karl Berger. I was thrilled to meet her, and she knew who I was. She’s a very lovely and generous person. We just started creating a friendship and sharing our lives with each other. Out of that friendship, about a year later, I said, ‘How would you feel about recording some of my music?’ So I started sharing with her some of my ideas and what I wanted to do. She writes poetry and paints. It was a cross of all of these things coming together. So a year later we recorded it and that's how it came about. We have this beautiful friendship now because of it. We had a really nice friendship before, but it's really when we started making music with each other that it felt like home.

THC: How do you feel that a pre-established friendship or a relationship with someone impacts the quality of your work as musical collaborators, especially within the realm of improvisation?

AS: Well, to be an improviser, you have to be able to be vulnerable with somebody and still have intimacy in that relationship — on a deeper level than almost any other relationship. So a friendship helps. I can feel the love when I sit down and when we play together. It's all around us, and it gets on everything, which is a wonderful thing. Do I think it's necessary? I don't know. I hear stories of amazing recordings where people were at each other's throats. But I have a feeling that music sort of transcends all that, and when you're in the music, you forget about those things. But it's really lovely when you have deep friendships like that.

THC: How did you Crispell balance the pre-composed and the improvised elements of the record?

AS: Well, I purposely wrote shorter pieces because I wanted to give us the freedom to expand as we wanted to. Taking a small idea and turning it into something larger is something that Marylin's a master at. And I knew that, so I purposely wrote shorter pieces, so we had the freedom to expand something as we saw fit, to change the architecture of something, or even the form of something, if we wanted. The improvisation sort of became rather seamless with the composition at times, which is the effect I really was going for. So, I wrote expansive pieces that could definitely morph into something else, or evolve into something else, which is usually what happens anyway.

THC: Does your desire to collaborate with another artist come from your personal connection and friendship with them, or is it more their artistic style?

AS: It's usually their art that I'm initially attracted to, if it resonates with me. And then, oftentimes you meet that person, you create a really lovely friendship. That adds even more depth to the music you might make. You don't always know if it's gonna be good or not. You just have an idea and you want to have it realized. I believe that if you're honest with yourself about what kind of artists you are — what kind of music you're going to make — that's all that matters in the end. I couldn't tell you if it was good or bad, but I can tell you that it's honest, and that our connection is a really meaningful, beautiful connection. So that's all I can hope for it when I make music with someone.

THC: You’ve talked a lot about your interest in neuroscience and biology. Could you talk a little bit about where these interests come from? And how do they influence your music?

AS: Well, it's sort of a bit corny to say that all things are connected, but they really are connected, and we're connected to, you know, asteroids out in space. We've always sort of been interested in how our bodies mimic things in nature over and over again. Childbirth mimics things in the ocean, and I've always been fascinated by that. Neuroscience has been something I'm interested in for a few reasons. I love that there are still neurotransmitters in our brain that we haven't discovered, much like how there's parts of the ocean we haven't discovered. So I love these sort of parallels that happen. Just that mystery that's involved is intriguing to me. Of course, there's books and books and books on neuroscience, and I was also very much attracted to the drawings of Santiago Ramon y Cajal. They call him the father of neuroscience and they're just gorgeous drawings. I guess his father wanted him to be a doctor, and he wanted to be an artist. I don't know if he realized that his pictures would be in museums, you know, so many years later. They had them at NYU. They brought them from Spain. So I got to see them live in-person. And you look at those drawings and they look like trees and things in nature. So, again that connection is fascinating to me.