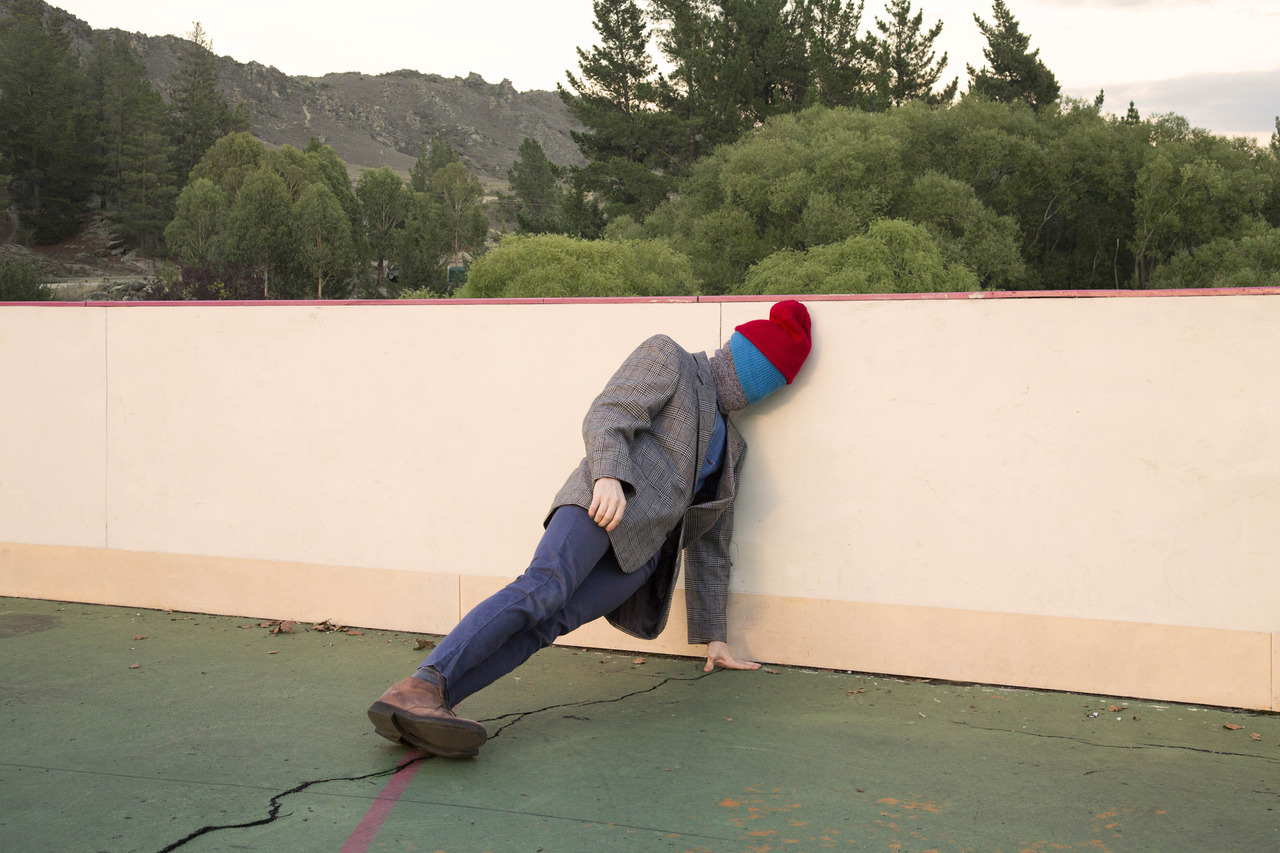 Strange times call for strange art, and artist Benjamin R. Zank is quite familiar with the strange. A journalism major turned surreal photographer, Zank has built an extensive body of work around beautiful portraits that are lighthearted, unusual, and haunting all at once. Zank’s images, which often depict oddly-contorted human bodies in both urban and natural environments, grapple with such themes as loneliness and isolation — themes that resonate particularly strongly in the middle of a global pandemic. The Harvard Crimson sat down with Zank to discuss his connection with photography, the surreal nature of his work, and the effects of a pandemic on his creative process.

The Harvard Crimson: You’ve mentioned your story for getting into photography before — discovering your grandmother’s Pentax ME Super at age 18. As you’ve journeyed through film and digital in your transition from hobby to career, what have you learned about photography as a medium? What makes it special?

Benjamin R. Zank: You’re taking what’s there and sort of molding it into something entirely different, whether that’s going to be surreal, whether it’s going to be a portrait — I think that’s really cool. You’re capturing a moment that isn’t going to happen again as well.

THC: Your work has been described as surreal by many, including yourself. What drew and continues to draw you to surrealism?

BRZ: I guess it just came out of becoming bored with other types of photography. When I first got into taking pictures, I did anything from landscapes to portraits. And then in college, I pursued a 365 project, which was taking a photograph everyday for a year, and during that project I discovered a lot of other young photographers who were doing 365 as well. They were not only just taking self portraits of themselves, but they were pushing the boundaries of what an image was in terms of photo editing and whatnot. I found that to be very interesting.

I was also majoring in journalism at the time, and like I said, photojournalism is the complete opposite of art in the sense that it’s very objective, so that bored me at the time. Being able to do something that was subjective — making an image appear exactly how you wanted it — was very intriguing to me. I guess over the years, the more bizarre the image is, the more fun it became for me to create.

THC: You’ve mentioned that you don’t try to convey a specific message with your images, but your work is guided by your emotions. What’s your typical creative process? Is it usually fixed, or do you go about crafting images differently every time?

BRZ: I would say that my creative process remains generally the same, with the exception of — if I do come up with a solid idea, I will take steps to prepare for that loosely. I used to try to map out exactly what I was going to do and I found that particularly the way I work is that whenever I try to overplan for a photograph, it never comes out the way I want it to. I’m always disappointed with it, and I’ve found that it’s more beneficial for me to be spontaneous. I find myself doing something that I wouldn’t have expected and that ends up making the image more unique. That’s pretty much how I do almost all my photographs these days. I don’t really overthink it. If I take an image and I find that there’s something there, I may reshoot it with a more solid concept. But mostly I just go out and find a location, and if the location’s really unique, I’ll work with that and then go from there.

THC: Is your creative process ever influenced by current events, or is it more of an individual endeavor?

BRZ: It’s incredibly influenced by the events — emotionally, psychologically. Unfortunately, most of my friends have moved out of New York, so it’s been very lonely here in New York lately, and I would say that’s kind of hurt my creativity. New York doesn’t feel the same as it did. I’ve lived here all my life. I didn’t move here, I was born in New York. I grew up in the Bronx, I live in Brooklyn now, and… it’s the last straw here for me, and I think I’m probably going to relocate. I know that I can’t solve all of my problems by moving somewhere else, but what I can do is I can definitely put myself in a position where I’ll feel more motivated to go out and create. I feel like right now — the state I’m in — I’ve sort of done everything there is to do here in New York — creatively, that is, in terms of location because I don’t have a studio. I always shoot on location, and I feel like the landscape here is just not suitable to what I want to do anymore.

When the pandemic first started, I did do a humorous parody photo when it didn’t seem that serious at the time, but outside of that I think there’s so much art and media surrounding current events that I think it’s a breath of fresh air to get out of that and escape reality. I think people like to escape reality most of the time because there’s already enough content addressing the current issues.

THC: Isolation seems to be a theme that surfaces again and again in your images. Do you view your work any differently as the world struggles through a pandemic that has imposed isolation on many?

BRZ: I think I don’t really view any of the old work versus the stuff I’ve made now any differently. I think it still blends together quite well and I’m happy about that… The funny thing is that the concept of isolation, or the appearance of isolation, in my images usually stems from the fact that it’s a lone figure, but in reality I couldn’t feel less alone when I’m photographing things, when I’m shooting with myself. When I’m out there creating I feel quite fulfilled[,] actually. It’s kind of funny.

THC: How has COVID-19 impacted the way you showcase your work? Since typical art exhibitions aren’t particularly feasible at the moment, have you been more focused on your website or your social media presence?

BRZ: Well, my social media presence has always been a large and important factor in the way I share my work and the way I’ve gotten jobs and whatnot. Unfortunately, I think the pandemic has affected physical exhibition prospects that I had lined up, but outside of that not much has really changed. In fact, I think with everyone at home and on the internet more, it makes sharing work online even easier. I mean, it’s great but it also kind of sucks because it’s nice to go outside and meet people and talk about art with people. There’s always a silver lining; there’s a negative and a positive to it.