No, You Don’t Need To #SaveTheStrand 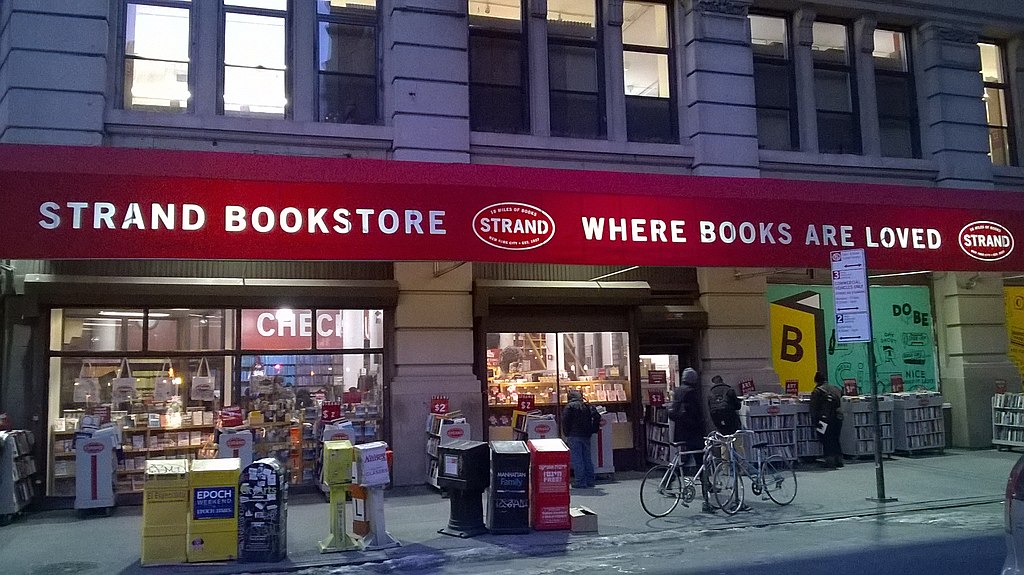 The Strand from outside By Courtesy of Wikimedia Commons
By Sofia Andrade, Crimson Staff Writer

For decades, book lovers and tourists alike have flocked to the Strand Book Store in New York City’s Greenwich village to marvel at the 23 miles of rare, used, and new books that line the historic destination’s shelves or to secure a Strand-branded tote bag. It would be far from an exaggeration to say that the Strand is deeply rooted in the city’s expansive literary legend.

Like many bookstores, the Strand was hit hard by the coronavirus pandemic. With the loss of New York tourists, foot traffic, and hundreds of in-store events a year, the Strand’s proprietor, Nancy Bass Wyden, claimed that the store had lost 70 percent of its expected revenue relative to 2019 — a loss she claimed was unsustainable for the book business.

“I’m going to pull out all the stops to keep sharing our mutual love of the written word,” Bass Wyden wrote in an open letter to customers on Oct. 23. “For the first time in The Strand’s 93 year history, we need to mobilize our community to buy from us so we can keep our doors open until there is a vaccine.”

Immediately, loyal customers and other Strand-supporters were motivated by Bass Wyden’s plea to #SaveTheStrand. Long lines took over the previously empty storefront and the Strand’s website crashed as a result of heavy traffic. They received 25,000 orders and made $170,550 in sales the weekend following Bass Wyden’s post.

Despite all its appeals to the masses, however, the Strand is not the community-driven indie bookstore it pretends to be. The New York institution has long been at the center of controversy for its failure to commit to the ideals of hard work and resilience that Wyden cites as the store’s historic strengths. Back in 2014, this dissonance was brought to the fore with reports that the store was using its sprinklers to disperse unhoused people trying to sleep under the store’s awnings. Before that, in 2012, the store was the target of a worker-driven picket line over claims of union busting and unfair contracts from Bass Wyden and her father, then co-owner Fred Bass.

This year, mere weeks prior to applying for and receiving a PPP loan, Bass Wyden, a millionaire, fired the majority of the Strand’s 212 person staff — 170 of which were unionized — despite accepting the $1 million to $2 million loan on the condition that they keep their staff. In late June, the Strand rehired 33 of those workers, bringing the total staff to 57 before again firing 12 workers over email two weeks later. In a statement, the United Auto Workers Union, of which some Strand workers are a part, called the firings "an escalation of Bass Wyden’s long-standing pattern of wanton disregard for the physical, mental and financial well-being of her employees.”

Bass Wyden has since claimed that the firings were a result of the Strand’s drastically cut finances amid the pandemic — but that was the very point of securing a PPP loan. In the meantime, Bass Wyden has instead personally invested $160,000 to $400,000 in Amazon stock, the very corporation she has claimed has hurt the independent bookstore in the past. She made these purchases around the same time she laid off Strand employees.

There is no question about the Strand’s significance in New York’s literary history, but that doesn’t mean that the institution as it exists now — one that seems to value profit over workers and public image over community members — has to be rescued. We don’t need to cling to these historic vestiges of the past if they no longer serve us. We can do better.

Yes, the pandemic has hurt independent bookstores, but the Strand is already levied by a multi-millionaire owner and a massive platform provided by the store’s standing as a historic landmark. In all likelihood, the Strand isn’t going anywhere, and if it is, maybe it’s better that way. Here are some other BIPOC-owned, independent bookstores that you can support and order online from instead: