The End for ‘BoJack Horseman’ 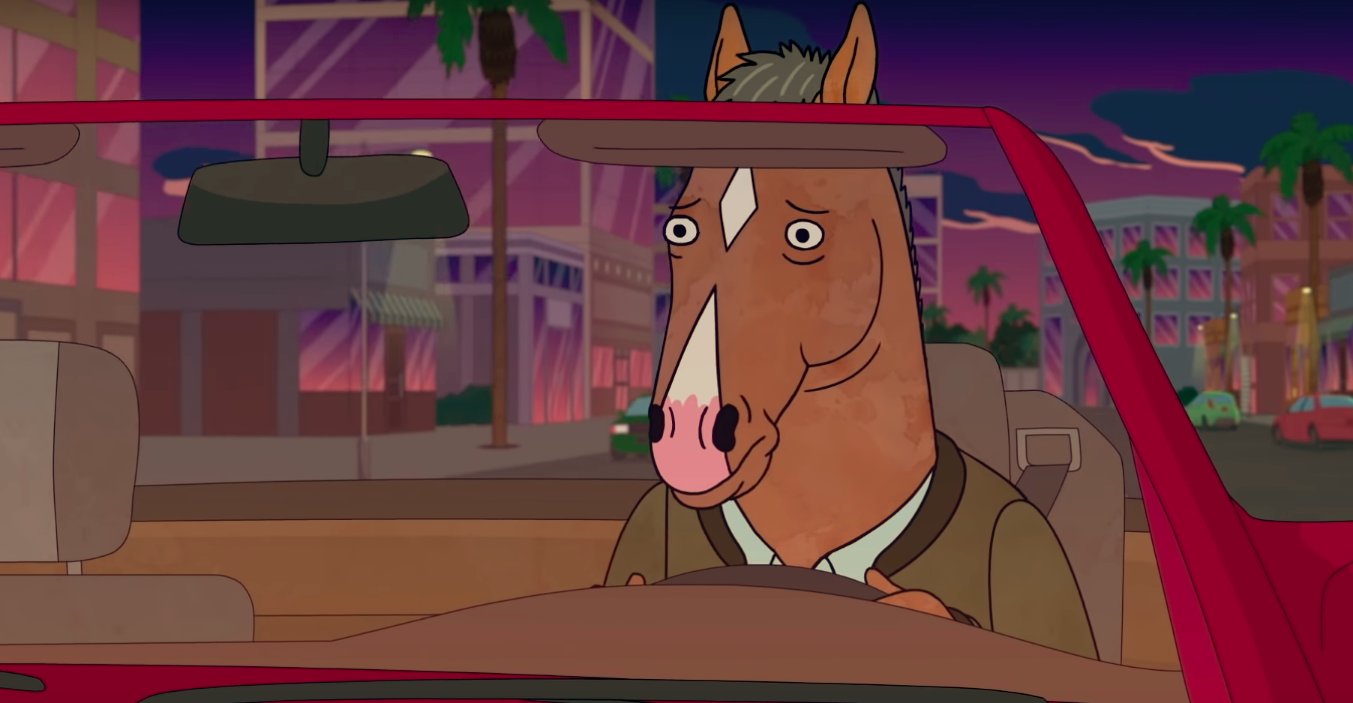 The sixth and final season of Bojack Horseman continues to deal with serious, dark concepts with its signature animated levity. By Courtesy of Netflix
By Tomás Guerrero Jaramillo, Crimson Staff Writer

After five and a half years, Raphael Bob-Waksberg’s fantastic creation, “BoJack Horseman” — the genre-redefining adult cartoon — has come to an end. The final season’s sincere portrayal of mental health dotted with clever jokes, tongue twisters, and running animal gags will win the hearts of many.

Picking up after the dramatic Season Five finale, BoJack (Will Arnett) checks into rehab at Pastiches where Diane (Alison Brie) dropped him off after his interview with Biscuits Braxby (Daniele Gaither) about a choking incident with Gina Cazador (Stephanie Beatriz). Afterwards, BoJack does not return to the same reckless and self-destructive horseman he has been in previous seasons.

Throughout the season, BoJack comes to terms with all the terrible things he’s done, but one seems to haunt him the most: the death of Sarah Lynn (Kristen Schaal). The flashbacks come again and again. The starry sky that she and BoJack saw in the planetarium before she died is right there on the intro to every episode and creeps into multiple scenes throughout the season as a constant reminder of the event. It is little details like this that give the animation of the show its narrative power.

The mystery of Sarah Lynn’s death even gets its own couple of investigative journalists, Paige Sinclaire (Paget Brewster) and Maximillian Banks (Max Greenfield), a witty pair taken straight from the 1930s whose only function in the show is to unveil the secrets behind the death of the young pop star. They’re entertaining, and while they barely fit into the overall arc of the show, they manage to not be disruptive; the fact that “Bojack Horseman” is a silly cartoon precludes that. And it works perfectly to inadvertently move the plot of BoJack’s transformation forward, which is the central focus of the season.

In this season, the characters’ lives start to settle down. Princess Carolyn (Amy Sedaris) struggles to maintain her highly productive work life while taking care of her daughter, while Todd (Aaron Paul) untangles his complicated relationship with his parents and Mr. Peanutbutter (Paul F. Tompkins) deals with his overwhelming guilt of cheating on his now fiancée. Old conflicts are resolved while others get uncovered, and the weight of the previous seasons sets in.

It’s often difficult to feel the passage of time in cartoons, but in “BoJack Horseman,” characters are not renewed every time the outro theme plays. All the challenges they endure do not go away. The characters are visibly tired of screwing up like they have done in the past. In each episode of Season Six, they attempt to make things a little better, amend their mistakes, and redeem themselves. The fact that the characters are able to age and mature across the seasons, in addition to the realistic themes, makes for an almost novel-like experience.

As fans have seen before, the show does not hesitate to explore dark subjects. In this season, however, the dark themes are no longer spiraling out of control, nowhere near as chaotic, random, or exaggerated as seasons past. The conflicts we see are somehow getting closer and closer to reality as our characters, more than ever before, just want to find a bit of solace in their lives. The protagonists are now facing the responsibilities they previously ignored. The clock is ticking for everyone. In the second part of the season, BoJack’s hair becomes gray, and one can’t help but think that time is running out for the horseman. Certainly, he is thinking about it.

Many shows in adult animation can be closely analyzed for some deeper meaning. Most of them try to deal with issues in adult life, even if it's just to make jokes out of them. In shows like “Rick and Morty” and “Big Mouth,” creators are less shy about letting these themes come into the spotlight. But unlike its contemporaries, “BoJack Horseman” made the darkest themes of adult life the most important piece of its narrative. Instead of using them as a reference for jokes or burying them in complex exaggerated plots or making them the subject of spare monologues, these subjects are all over “BoJack.” They are the plot, the humor, and the animation. “BoJack Horseman” is actively elaborating on the hardest subjects of adult life instead of just hinting at them.

The truth is that words cannot do justice to this show. Its ability to package difficult, complex issues in a digestible, hilarious package is incredible. The way each episode can be so heart wrenching and silly at the same time is a magic that no other format could hope to have. This show defies classical narratives as it never seems to provide us closure. Each episode is a slap across the face without an apology. No wrap ups. No grand finale. But no other words could say it better than those of the brilliant writers of the show:

“Sometimes… sometimes life’s a bitch, and then you keep living.”

—Staff writer Tomás Guerrero Jaramillo can be reached at tomas.guerrerojaramillo@thecrimson.com.