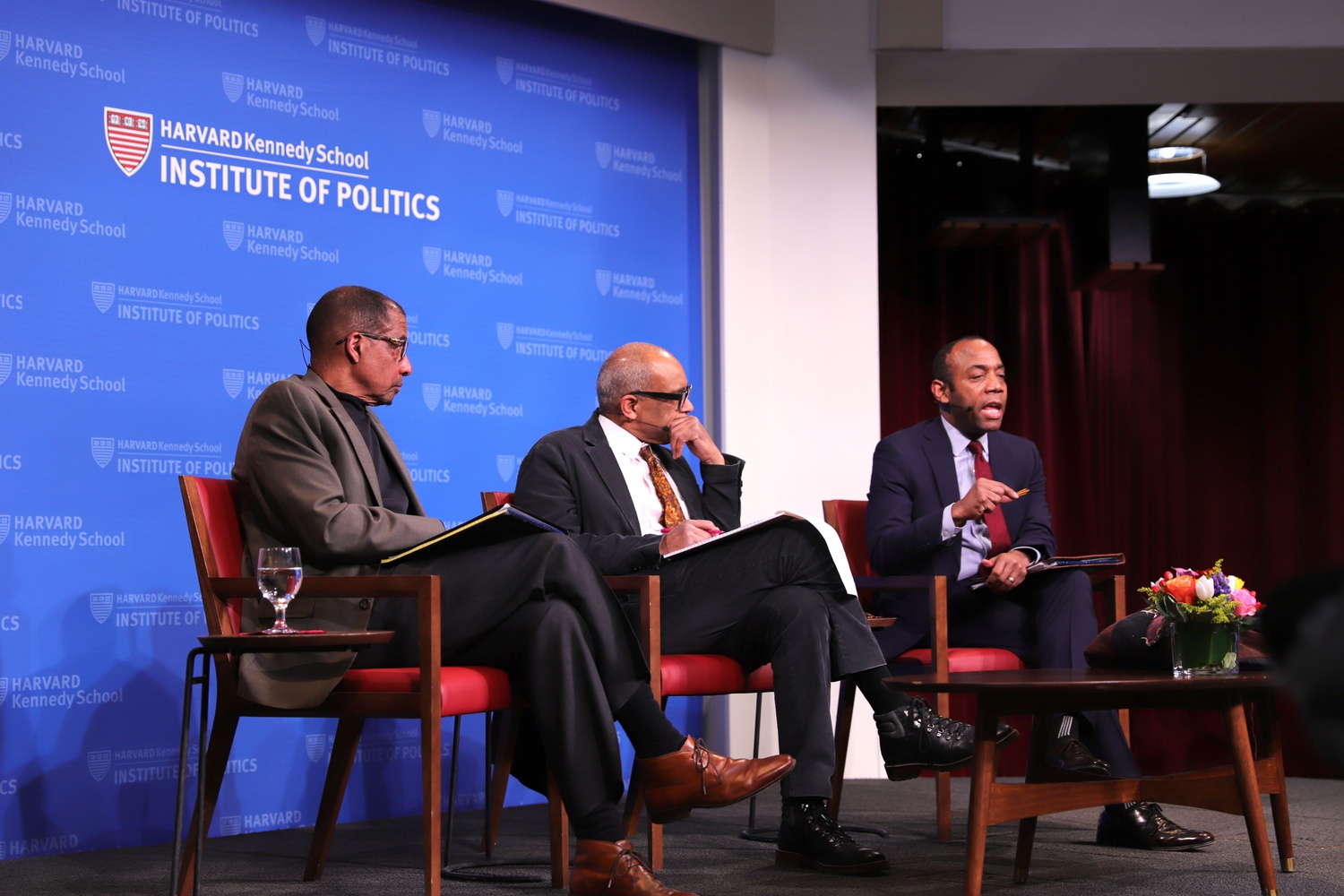 Panelists at a Harvard Kennedy School event Friday urged the U.S. government to pay reparations to the descendants of slaves, calling it a moral responsibility.

Harvard Law School Professor Randall L. Kennedy and Cornell W. Brooks, the former president of the National Association for the Advancement of Colored People, spoke to a crowd of roughly 100 at the event.

The talk touched on the viability of reparations and the form they could take.

Brooks referenced past instances of the United States making amends for harms inflicted on marginalized groups, noting that the idea of reparations is not novel.

“We talk about reparations historically speaking, as a standalone, something that is unique as though we don’t have precedent in American history,” Brooks said. “Japanese Americans who were compensated to the tune of $20,000 form a piece of our history where Americans have come to grips with an ugly past and made some kind of attempt of repairing and restoring and making whole.”

Multiple 2020 Democratic presidential candidates have brought the issue into the spotlight by recently coming out in support of exploring the feasibility of reparations. But Kennedy noted that even mentioning the term ‘reparations’ provokes a “visceral” reaction from many voters.

“There are a good many people in the United States, who when they hear the word reparations, they’re against it,” Kennedy said. “If you ask them, you know, “What is it?”, they might not even be able to tell you what it is.”

“This very term triggers a visceral reaction, negative reaction,” he said. “Not thousands, not hundreds of thousands, but millions of people.”

Friday’s panel — moderated by David J. Harris, director of a racial justice initiative at Harvard Law School — was the Institute of Politics’ third installation in honor of Black History Month. The IOP’s slate of February events seek to examine the influence of black political movements on students and faculty.

Mari Jones ’21, president of the IOP, said she was delighted that Friday’s event had finally “come to fruition.”

“I think the overall event was impactful and insightful and that everything that the speakers said carried a lot of weight and inspired a lot of thoughts,” Jones said.

In response to a question about how biracial individuals should factor into the conversation about reparations, Brooks acknowledged such questions are “hotly debated.”

“With respect to who are the legitimate moral claimants to reparations, I think that should be understood broadly, it should be understood historically, it should not be reduced to the degree of the color one has or does not, or hair texture,” Brooks said. “In other words, we don't need to, in the name of reparatory justice, replicate the very thing that has put us in a place where we are today.”

Brooks sought to frame the debate around reparations in terms of the country’s obligation to African Americans, rather than feeding into a narrative of “white guilt” that he called “debilitating,” eliciting applause and shouts of approval from the audience.

“The ways in which we have been robbed are tangible, measurable, quantifiable and ultimately immoral,” he said. “I like the word [responsibility] ’cause it implies action, commitment.”