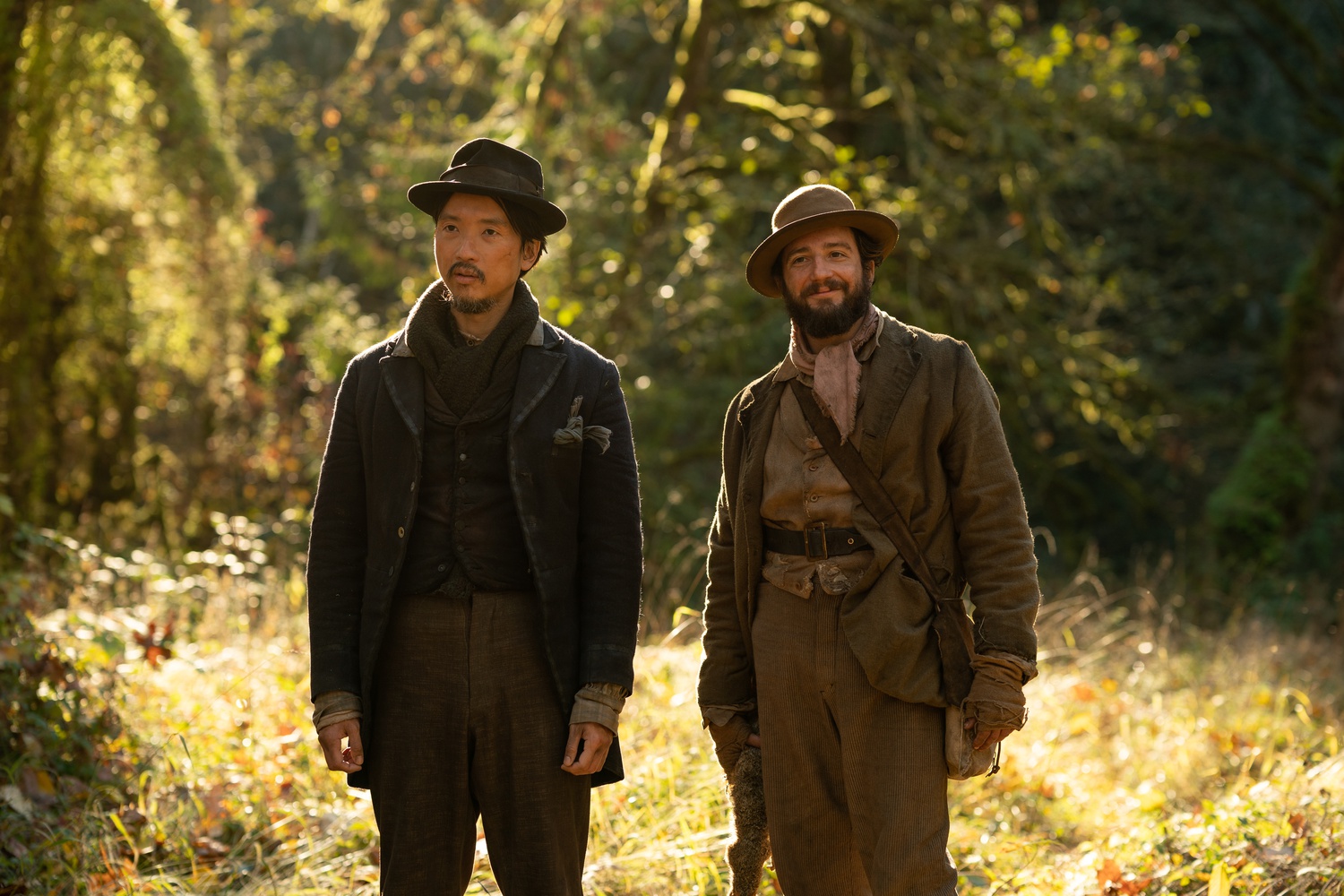 In her latest film “First Cow,” writer-director Kelly Reichardt follows the story of Cookie (John Magaro), a man just ousted from a group of fur trappers in early 19th century America. When Cookie meets Chinese immigrant King Lu (Orion Lee), the two share an instant connection and decide to team up to form a business whose success depends on the secret use of milk from a nearby landowner’s prized cow. Through her characters' trials and tribulations, Reichardt paints a powerful picture of the melancholic rhythm of life in rural Oregon — but some of her incongruent stylistic flourishes ultimately disrupt the illusion of gentleness she generally aspires to achieve.

Reichardt initially rallies image and sound to immerse her viewers in the harsh realities of foundational American life. She illustrates Cookie’s expulsion from his fur trapping troupe, King Lu's fleeing a band of hunters, and men hard at work at an impoverished temporary settlement. Reichardt complements these visuals with sounds of nature, like trees rustling, leaves crunching, moss scrunching, birds chirping, and fire crackling. It is clear that Reichardt’s intention is to transport audiences to an oft-overlooked realm of American life.

Once we’re there, Reichardt establishes a general mood of gentleness. This effect is achieved through images of hardship and the resigned interactions among the men at the settlement, as well as the minimal presence of the camera, since most of the shots are long and slow and their oblique framing confers a realistic appeal. Additionally, the sounds of nature serve as a constant source of calm. Even the way Cookie and King Lu’s relationship unfolds is conveyed with delicateness: They are often shown in silence, as if the other’s presence alone is enough. These visual, aural, and contextual elements come together to convey a gentleness, which when combined with the depressing subject matter of the film, imbues it with an overwhelming sense of melancholy.

But some of Reichardt’s stylistic choices contradict the prevailing atmosphere she tries so precariously to set up. For instance, while camera movement is subdued throughout "First Cow," in Cookie and King Lu’s first meeting, Reichardt inexplicably intercuts shots directly in front of each character, breaking her own stylistic norms. Some of these choices draw uncomfortable attention to themselves. During the night scenes, the lighting is so intense that Cookie and King Lu's faces reflect an unnatural glow. And when Cookie plucks flowers, the sound is dramatically heightened. Far from promoting the film's grain of realism, these choices accentuate the artificial construction of the movie, striking the viewer as peculiar and out of place.

Another of the film's inconsistencies lies in Cookie and King Lu’s friendship. The little dialogue they share feels out of place, shifting from poignant silence to sudden discussions of life dreams to occasionally awkward exchanges. Such disjunctive dialogue is a confusing refutation of the closeness that the film constantly implies.

“First Cow” gives us both a fascinating, critical perspective of rural America and a delicate depiction of male friendship. But the film falls short of creating its period-specific melancholic mood. The dissonance in Reichardt's choices with camera position and movement, sound, and dialogue results in an indecisive world that prevents the viewer from fully assimilating into the experience.

— Staff writer Nuri Bhuiyan can be reached at nuri.bhuiyan@thecrimson.com.