5 Seconds of Summer Are Keeping Us ‘CALM’ Through Quarantine 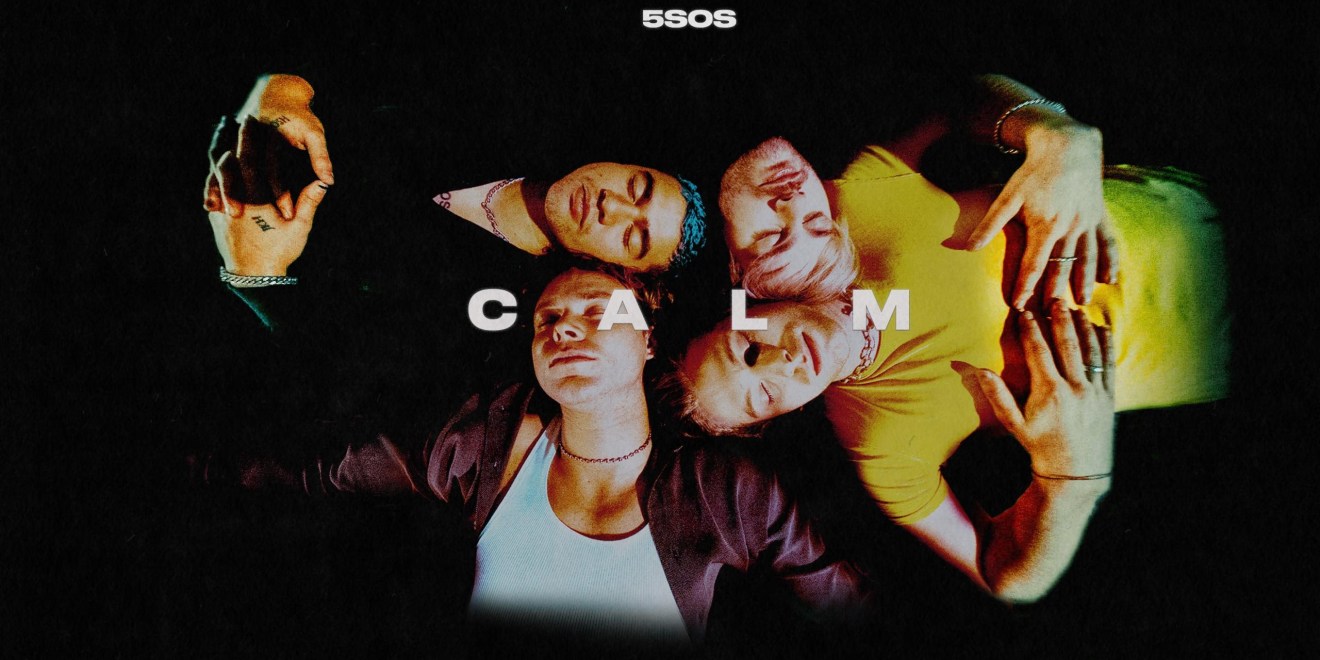 5 Seconds of Summer could never have predicted just how pertinent the title of their fourth studio album, “CALM,” would be when it dropped on Mar. 27. Though the title is an acronym of the band’s first names (Calum Hood, Ashton Irwin, Luke Hemmings, and Michael Clifford) created by their dedicated fanbase, the name has taken on new meaning amid the anxiety of Covid-19, when music serves as solace for many. And despite canceled promotional activities, the album has found critical success, rising to number one on the UK charts in the week following its release. With threads of bright, energizing pop, honest lyrics, and sweet, nostalgic melodies, “Calm” brings 5SOS’ online community together and exemplifies real artistic growth by the quartet. The band has come a long way since they opened for the then far more massive One Direction and sang about a girl in American Apparel underwear. Now, One Direction is no longer but 5SOS is going strong. “CALM” comes after the global success of their 2018 album “Youngblood,” where the band proved both their staying power in the music scene and a newfound maturity. They’ve produced this album with more confidence and maturity and have grown as artists, without leaving their past — of Green Day-esque pop rock — behind.

The album transitions beautifully from “Youngblood” via the first song on the album, “Red Desert,” a powerful anthem featuring expanded harmonies in the chorus and verses that show off raw vocals in a “Youngblood”-esque style. A high-energy first half of the album follows, with the teaser singles following “Red Desert” in quick succession. “No Shame” is irresistibly catchy, a charming boy-band pop song with added introspection on lines like “I only light up when cameras are flashing.” The lead single, “Easier,” features tighter and more controlled vocals, and so does the syncopated, grittier “Teeth” and the reflective “Old Me.”

The middle of the album features two standout songs: “Wildflower” and “Best Years.” The last single to be released before the album dropped, “Wildflower” is unlike any other song on the album, featuring soaring vocals and lots of synth encased in ’80s inspired sound. The song is pure fun, delighting in the excitement of a romantic relationship (“Cause I know where tonight is going”) — it is impossible to listen to without smiling. “Wildflower” is followed by “Best Years,” which starts to take the album in a different direction from its lively first half, marking a two part split in the LP. Guitarist Luke Hemmings named it his favorite song on the album in a tweet (alongside a stripped acoustic rendition) ahead of the album release. The lyrics, written by Hemmings alongside big names like Ryan Tedder and the inimitable Benny Blanco, provide tender romance in lines like “You did all these things for me when I was half a man for you / I wanna hold your hand while we’re growing up.”

The second half of the album explores its fair share of angst, in both sound (as in “Lover of Mine”) and lyric (as in “Thin White Lies”). It’s softer, as “Best Years” foreshadows but still maintains moments of energy, as in “Lonely Heart.” “Not In the Same Way” is unfortunately one of the more generic songs on the album, with typical lyrics like “rip my heart out and leave,” but “High” makes everything worth it as the perfect closer. It boasts a simple, sweet melody, “a Beatles-esque song with quirky chords,” as Hemmings described it for Apple Music. Self-reflective and nostalgic with a touch of melancholy, the song’s lyrics feature clever end rhyme, with “I hope you think of me high / I hope you think of me highly,” and “lie / like me” in the chorus. “Da da da”s in the post chorus that often read as filler or lazy songwriting work well in this song to capture a childlike sweetness in the melody. “High” truly brings the album to an end with an air of serenity and calm.

The album showcases the band flexing their creative muscles, and coming across as stronger, more confident musicians who are discovering how to expand their sound and create more honest music. “CALM” is exploratory, demonstrating their continued growth and development as artists, with several standout songs that particularly showcase their strength and continued potential. The band has always pushed back against being called a boy band, and though they exhibit all the charisma and charm to warrant the label, they have proved to be more than a typical boy band in both staying power and talent.

— Staff writer Sara Komatsu can be reached at sara.komatsu@thecrimson.com.