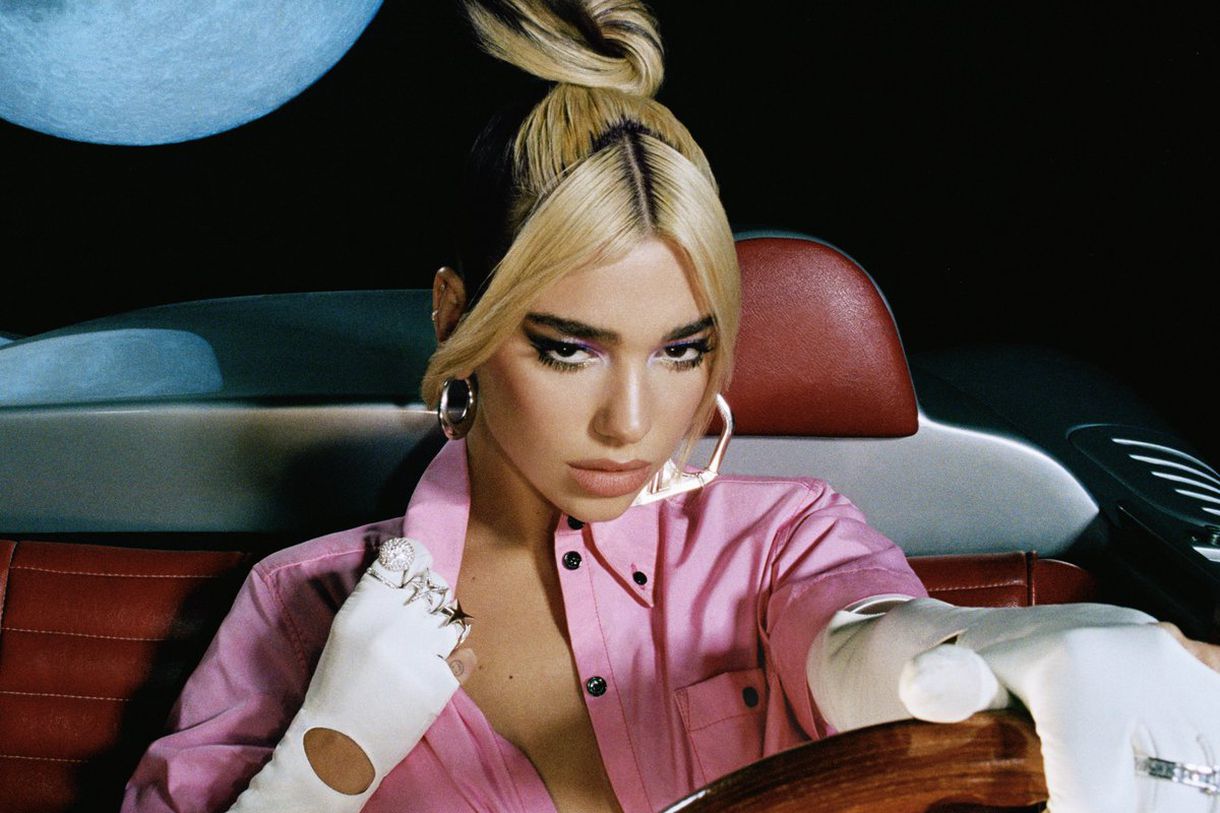 I’ve always thought of Dua Lipa’s music as similar to a steroid: a substance that provides you with an exaggerated and enhanced version of yourself. There’s something almost maniacal about how emboldened and impassioned her songs make you feel. On “Hotter than Hell,” the 2016 single which helped launch Lupa’s career, Lipa frames herself as both the Devil and his juice, taunting a lover who can’t get enough of her. The song is high on its own power, thumping bass and Lipa’s thick, liquid-smooth voice crooning, “You probably still adore me / With my hands around your neck.” I was a sophomore in high school when I first heard the song — I was short, rotund, overzealous, and helplessly moving through a series of unrequited crushes. But listening to the song made me certain there would come a day I would be desired so deeply by so many that I would become haughty about it, wielding my power like Machiavelli. The song made me feel good, even if in a sinister way.

In February, when Lipa released “Physical,” the second single off her new album “Future Nostalgia,” I had a similarly intense experience. The song feels like a dancercise class and a fight club had a baby. Like all of Lipa’s songs, it is a hit of feeling, a kind of drug. As my friend Spencer once said of Lipa’s music: “Shit, I just left my body.” When I would listen to “Physical,” my walk to class would break out into a strut.

That’s something I miss: The 20 minute walk from my bedroom in the co-op to class in the yard, which I would take several times a day when we were still on campus and when the world was still a thing. That walk was my chance to envision a future, listening to music that would serve as that future’s soundtrack. I’d listen to Caroline Polacheck’s “So Hot You’re Hurting My Feelings” and imagine going on a coffee date with the hot grad student in my History of Art and Architecture seminar. I’d listen to Grimes’ “4ÆM” and have revenge fantasies.

The pandemic has totally ended this practice, not only because I no longer have anywhere to commute but because, when I try to envision a future, it looks less like a blank page, which would at least imply possibility, and more like an erased one. The plans and prospects have all been rubbed away. What’s left is some gray mess. I’ve applied for a summer internship at a magazine in New York, but I still don’t know if I’ve gotten it and, even if I do, I’m not sure if I’ll be working in an office or from my laptop. During the first two weeks of quarantine, whenever I was able to conjure up an image of the future, it seemed ill-suited for a musical soundtrack, better fit for white noise.

Then Dua Lipa dropped “Future Nostalgia,” and the album shot an arrow of such ecstasy through me that I couldn’t do anything but put my headphones in and run out of my front door into the middle of the street like an idiot. The goal of “Future Nostalgia” is in its name: Lipa wants to blast ahead in the world of pop music by looking at that world’s past. The album combines ’70s and ’80s pop and ’90s club culture, layered together in songs that overpower the senses. Like the pop music of the past, Lipa deals in extremes: the thrill of new love and the different thrill of kicking someone to the curb. On “Pretty Please,” Lipa gives us something of a manifesto for the album: “Somewhere in the middle / Think I lied a little.” The album is about anything but moderation, about feelings so strong you lose all inhibition.

“Love Again,” the eighth song on the album, samples the 1997 song “Your Woman” by White Town, but also sounds like Madonna’s 2005 song “Hung Up,” with its melodramatic build-up and the glorious, glittery payoff that comes afterward. The song is about the physical effects of new passion, reminding me of that Sappho poem in which she writes: “Fire is racing under skin / And in eyes no sight and drumming fill ears.” Dua Lipa describes these physical sensations too — the thumping in her chest and the sinking of her teeth — but mostly, throughout the song’s refrain, she expresses the sentiment in simpler terms: “Goddamn, you got me in love again.”

When I walked around my neighborhood listening to the song, the lines of the page started filling in again. I saw, against all reason, a future: Me wearing red overalls as I take the MTA to work, living in a Brooklyn apartment and cooking myself Annie’s mac n’ cheese, meeting a scruffy guy in his mid-twenties who wears a lot of linen, resting my head on his chest in Central Park, falling in love.

If this future sounds ridiculous, it’s because it is. It’s fairytale, fabrication, farce. But, constructed, fantastical projections have always been what Lipa’s music is about. There’s a notion that the lyrics of female artists are deeply personal, even diaristic. When Lipa released “Don’t Start Now,” people speculated that it was about her ex-boyfriends. The stories Lipa tells though aren’t ones from her life, they’re ones she invents. “Hotter than Hell” made me feel good and powerful and, it turns out, Lipa wrote the song so she could feel that way too. The song made her feel like she was “everything that somebody made me feel I wasn’t,” she said. “I was like: ‘O.K., I’m going to flip the script. I’m going to make it seem as if he couldn’t get enough of me… I went into this imaginative world where everything had changed.”

If Lipa’s music has little to do with her own real-life scenarios, it has even less to do with real-world applications for her listeners. Did any of us actually follow her “New Rules?” Personally, the only time I’ve experienced the empowerment and passion Lipa sings about are when I’m listening to her sing about them. The extreme, euphoric feelings are both created by and limited to the music. Lipa’s musical project isn’t about fabrication coming true. It’s about the thrill that fabrication can provide. On “Physical,” Lipa sings “I love the simulation we’re dreaming in.”

I’m learning this, now more than ever, during quarantine. I used to trick myself into believing that the future I saw while walking to class was possible. It’s not. Coronavirus has exposed what fiction any image of my future is — not only are the personal circumstances idealizations, but the national and global circumstances that are serving as backdrop for these images are, at best, tenuous right now. The set and the props have been revealed to be just that. But, in the untenability and insecurity of these images, is a newfound security: the realization that picturing a future is good for the sake of picturing a future.

— Staff writer Paul G. Sullivan can be reached at paul.sullivan@thecrimson.com.