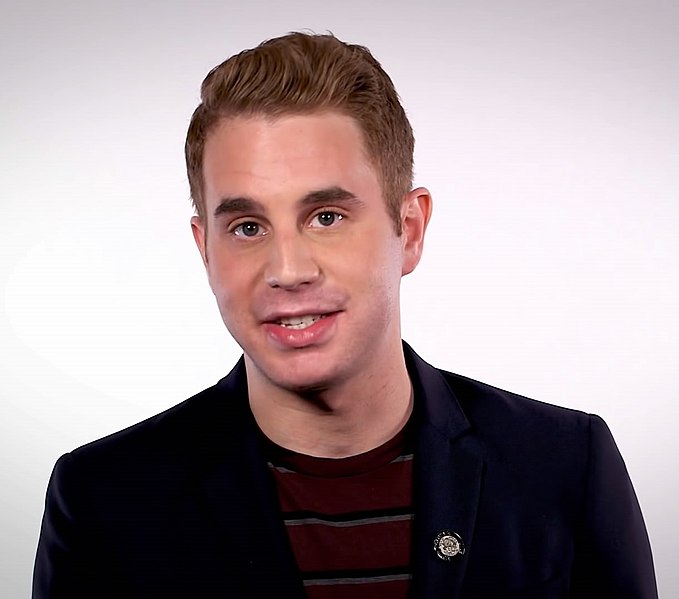 It’s impossible to argue that “Dear Evan Hansen” is bad. Outright rejecting the show that won the Tony Awards for Best Musical, Best Book of a Musical, Best Original Score, and more would be too sacrilegious for any self-respecting musical theater devotee to bear. Dismissing countless rave reviews would diminish the credibility of arts criticism in general, which is probably a bad move for an art critic. But New York Times writer Charles Isherwood’s praise is telling: He commends the smash hit for its “haunting score… matched by a book of equal sensitivity.” He does not comment on the lyrics.

Undoubtedly, Steven Levenson’s brilliant book for the musical tells a unique and topical story. Evan is a lonely teenager struggling with mental illness. When he fakes a friendship with a suicide victim, his lies spiral into a wide-reaching social media movement of which he is the ambivalent star. Perhaps more importantly for the musical theater genre, the score, a product of the writing duo Benj Pasek and Justin Paul (of “Dogfight,” “The Greatest Showman,” and “La La Land” fame), pushes the story forward in every bar. The electrifying Act One finale “You Will Be Found” gets a special shout-out in Isherwood’s review, but even the less well-known songs are just as powerful. In the angst-ridden “Good for You,” for example, an urgent septenary meter reflects that Evan is running out of time to rectify a soon-to-be-broken relationship with his mother.

Still, lyrics are a central component of a well-crafted musical. Great canonical musicals, exemplified by the collaborations between composer Richard Rodgers and lyricist and book writer Oscar Hammerstein II, use the nexus between music and text to house character development, plot propulsion, and thematic exploration. One particularly appropriate example is “The Sound of Music,” a personal favorite. Some songs are moving: “Here you are, standing there, loving me / Whether or not you should / So somewhere in my youth or childhood / I must have done something good,” Maria gushes in “Something Good,” with Rodgers’ chromatic melody bringing a shadow of tentativeness to Hammerstein’s humbly beautiful words of affection. Some are funny, clever, and topical: In “Sixteen Going On Seventeen,” Rolf spends the entire song warning Liesl about the dangers of the title age before satirically justifying his expertise by explaining that he is “seventeen going on eighteen,” so she can trust him. Lofty echoes from winds and strings underscore the frivolity of the lyrical conversation. In all cases, music and lyrics work together toward a common goal, accomplishing more together than they could separately.

This is not the case, however, in “Dear Evan Hansen,” with lyrics also by Pasek and Paul. Their phenomenal score, which critic Steven Suskin has called “one of the strongest… in years,” is marred by lyrical platitudes, cliches, and conveniences. Admittedly, there are standout lines, such as in the chorus of the now iconic “Waving Through a Window.” The words “On the outside always looking in / Will I ever be more than I’ve always been? / ’Cause I’m tap, tap, tapping on the glass / I’m waving through a window” have become the poignant refrain of a generation of bullied youth, and are especially resonant in the era of coronavirus-based self-quarantine. Yet these words are followed by one of the least imaginative bridges in musical theater history, which simply repeats the line “When you’re fallen in a forest and there’s nobody around / Do you ever really crash or even make a sound?” four times. “Did I even make a sound?” is then sung twice for good measure before the orchestra reaches a rest at “Will I ever make a sound?” Quoting a particularly appropriate cliche — which this one is, since the musical opens shortly after Evan falls out of a tree — is inventive once, and acceptable twice. But four times (or eight, if you include the variations)? By the end of the sequence, the pleasant surprise of recognition fades, and the words fail to pack further emotional punches. They become mere vessels for the music as it builds in preparation for the sudden cutoff before the final chorus’s modulation, arguably detracting from the power of that musical contour. In short, the lyrics aren’t pulling their weight.

This trend continues throughout the musical, even in “Requiem,” which from its title alone is one of the most lexically interesting songs in the show. The content of the song, in which the suicide victim’s family members express nuanced feelings towards him and his death, is heartbreaking. The melody, meter, and orchestration are original and innovative. But monosyllabic rhymes like “right” / “white” and “through” / “true” / “knew” make the lyrics uncomplicated and predictable. More unique words like “remember” and “monster” are left hanging, depriving audiences of the satisfaction of rhyme, assonance, and/or consonance. Despite their evocativeness, the lyrics fail to keep audiences on the edges of their seats. They lack the ingenious intricacy which has defined musical theater from Cole Porter, Frank Loesser, and Alan Jay Lerner decades ago to William Finn, Lisa Kron, and Lin-Manuel Miranda today. They’re missing a spark.

“Dear Evan Hansen” holds a secure place in the musical theater canon. But its unconditional critical celebration paints an incomplete picture, glossing over the areas where musical theater has room to grow. Imagine how much more stirring — and how much more reflective of the musical theater tradition — Pasek and Paul’s score might have been if it were paired with lyrics in the vein of “Everything is balanced and serene / Like chaos never happens if it’s never seen” (“Welcome to Our House on Maple Avenue” from “Fun Home”) or “It’s time we just let this thing go / It was a pretty good bad idea, wasn’t it though?” (“Bad Idea” from “Waitress”). The almost universally positive reviews of “Dear Evan Hansen” sometimes make it seem like the musical to end all musicals. Once Pasek and Paul’s brand of powerful music joins forces with writing of a similar caliber, those reviews will have another thing coming.