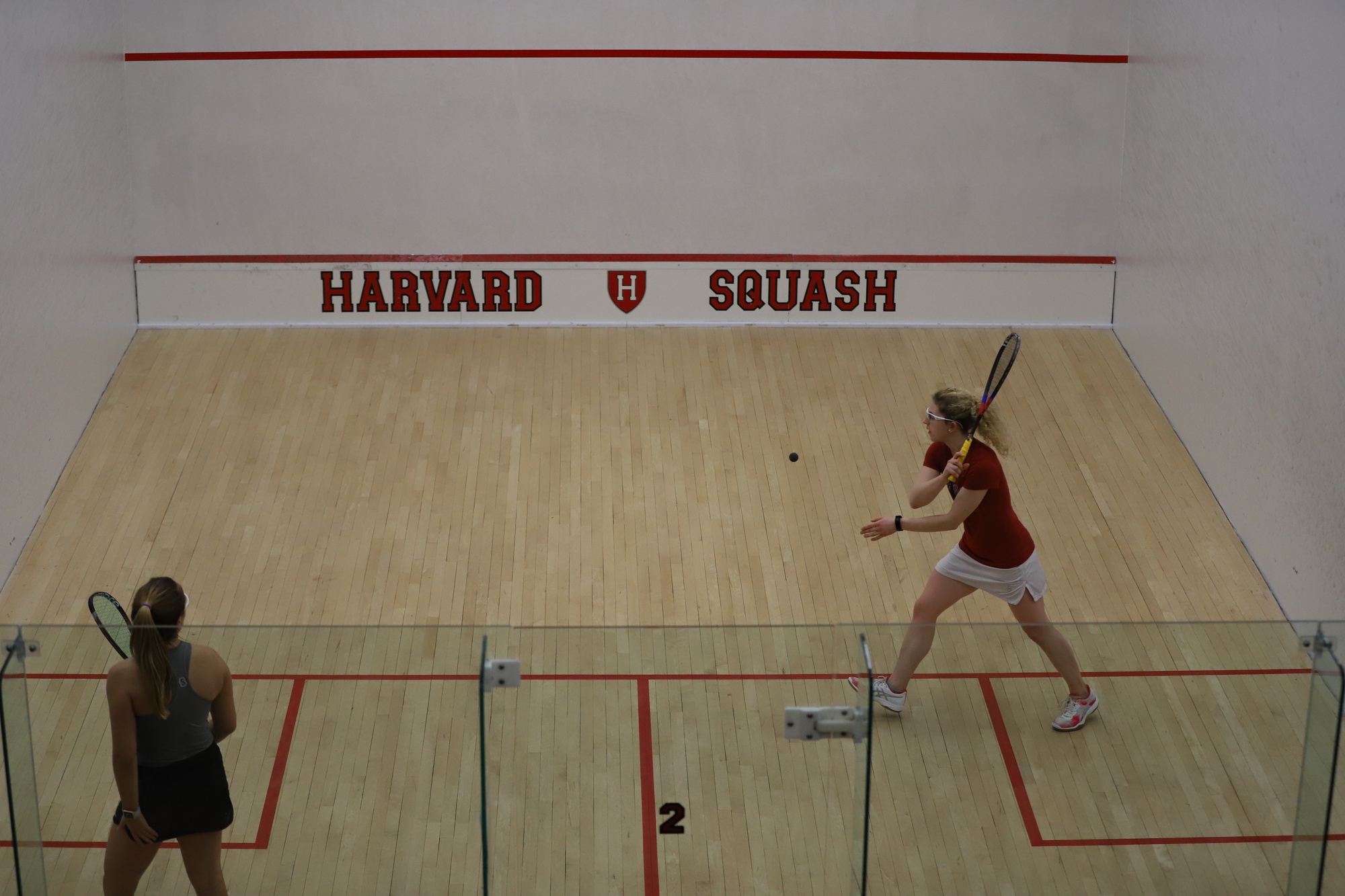 A ‘Quiet Warrior’: Gina Kennedy, Female Athlete of the Year

By Jasper G. Goodman, Crimson Staff Writer
Senior Gina Kennedy wrapped up her Harvard career with her third straight undefeated campaign, making her total record at Harvard an astounding 54-2. By Owen A. Berger

For many athletes, elevated expectations come with crippling performance challenges.

But as Harvard squash champion Gina Kennedy went from being one of the top performers in the country to becoming the player to beat in all of women’s college squash, she dazzled under the spotlight.

In her first two years for the Crimson, Kennedy’s accomplishments were many: She brought home her first individual national championship and the Ivy League Rookie of the Year award as a first-year, and an undefeated regular-season record as a sophomore.

By the time she entered the 2019-20 campaign, “in the challenge matches, with her teammates, in the Ivy scrimmage, in every match, in the individuals — she was expected to win,” said Harvard squash head coach Mike Way. “That is a very, very tough position.”

But Kennedy, a senior co-captain, wrapped up a banner four-year career with the Crimson with perhaps her best season yet, leading Harvard to its sixth straight national championship and capturing the College Squash Association’s Individual Championship title.

“A lot of expectation was on us to follow up on the amazing season that we had last year,” Kennedy said. “It was always just taking it one day at a time, just focusing on being the best that we can be every training session, day in, day out.”

Kennedy’s final team performance for Harvard came in the form of a 10-7 victory over Princeton University’s Elle Ruggiero in the Howe Cup final, which Harvard won 6-1 to finish off its fifth straight undefeated season.

“As a senior, it was such a special moment to win for the last time with your team,” she said.

But her season was far from over. Just over one week later, Kennedy capped off her college career by capturing her third CSA Individual Championship title in four years, solidifying her status as the nation’s top female squash competitor.

Squash is practically unique in its structure of being both a team and an individual sport. Two weeks after celebrating the Howe Cup title in New Haven, Conn., Kennedy faced many of her teammates as opponents in the individual tournament. She knocked off her co-captain and longtime best friend, Amelia Henley, in the semifinals before defeating another Harvard teammate, Hana Moataz, in the championship round.

Kennedy said she is used to the dynamic. She spent many of her teenage years in the United Kingdom training with — and then competing against — Henley, whom she met at age nine and has roomed with at Harvard for the last three years. Way also puts an emphasis on learning to compete against teammates by having players compete in challenge matches against other Harvard players nearly every week — a tactic that he said has helped to set the program apart.

“I’ve definitely been used to having to manage that, having had Amelia in my life and being competitive against her, but being best friends off the court,” Kennedy said.

Henley said she and Kennedy — who served as the Crimson’s co-captains this season — were competitive growing up, but that there was “never any bad blood” between the two.

“We both brought each other along,” Henley said. “As soon as we stepped off that court, we were best friends. It was just an amazing opportunity for both of us to go to Harvard. To be able to have her by my side for the whole four years I’m so grateful for. She has always been so encouraging of me and all her teammates.”

Way, who describes Kennedy as a “quiet warrior,” said he saw her develop after she made the decision to pursue playing professionally after graduation.

“Once you’ve made that decision — when you graduate, you’re not going to go out and get a job, you’re actually going to compete with the best in the world — that actually feeds something quite powerful inside,” he said.

Kennedy focused her training throughout the season on the individual championships. Following the graduation of several key teammates and training partners last spring, she said she spent more time this winter practicing with the boys’ team, which Way also coaches.

“I had to put a lot more thought into my training this year,” Kennedy said.

Now, though, Kennedy has been off the court for the longest period of time since she began playing seriously at age nine due to the coronavirus.

“I can’t ever remember taking two months without hitting a ball, so I’m definitely very excited to get back,” Kennedy said.

“It’s very difficult to train, and it’s not going to be the same, but I’m just trying to keep fit and keep my body healthy right now,” she added.

Kennedy’s college squash career, though, was unaffected: The season wrapped up mere days before the virus upended life on campus.

“I’ll be forever grateful that we got to finish it,” Kennedy said.