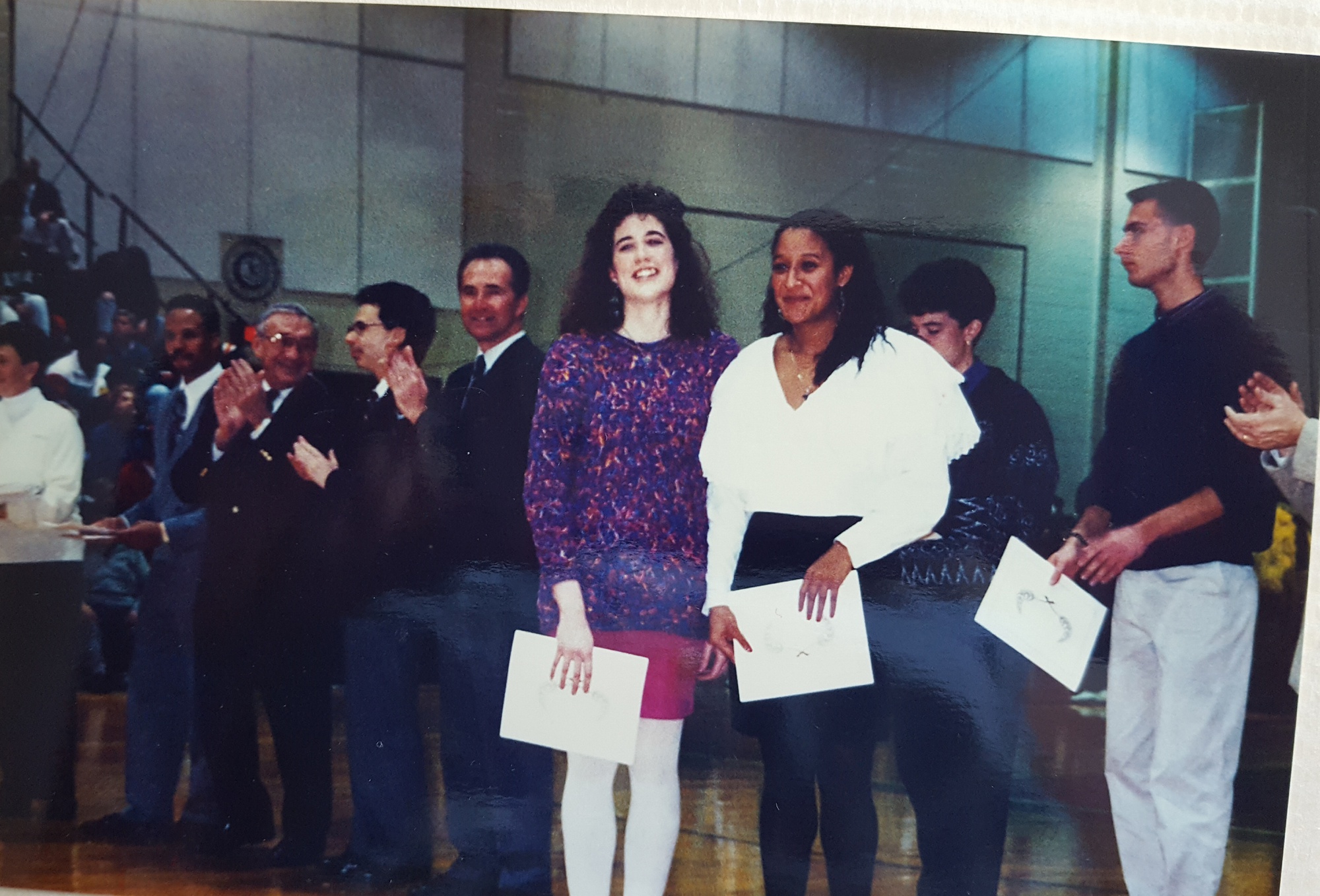 ‘She Wouldn’t Back Down’: Inside Incoming Athletic Director Erin McDermott’s College Basketball Career

In the winter of 1993, Erin McDermott and her teammates at Hofstra University traveled to Harvard to play in a basketball tournament hosted at Lavietes Pavilion.

Nearly three decades later, McDermott will return to Cambridge in July — this time as Harvard’s first female Director of Athletics.

For the past seven years, McDermott has headed athletics at the University of Chicago, adding women’s lacrosse to the school’s slate of varsity sports and securing a department-wide partnership with Adidas during her tenure.

But McDermott is no stranger to Division I athletics. She brings to Harvard a background in Ivy League administration, having previously held top posts in the athletic departments at Columbia University and Princeton University. What is more, McDermott understands what it is like to be a Division I athlete because she was one herself.

A native of Westminster, Mass., McDermott enrolled at Hofstra University in 1990 and competed on the basketball team during her four years in Nassau County, N.Y. She captained the team her senior year and received the school’s top female scholar-athlete award before graduating in 1994 with a degree in international business.

Standing at 5’10, McDermott played forward and center for the team. Though she was smaller than many of the women she guarded, McDermott proved to be a formidable opponent, according to several of her college teammates. They said she was a fierce defender and strong rebounder.

One of McDermott’s former teammates, Jenii Robinson, said it would have been a mistake to judge McDermott by her appearance.

“She didn’t look strong, but she was scrappy in there, and she was a really tough competitor,” Robinson said. “She was shorter in stature and definitely not as bulky as some other people she was competing against — she wouldn’t back down. So that was a toughness that got her a lot of respect.” 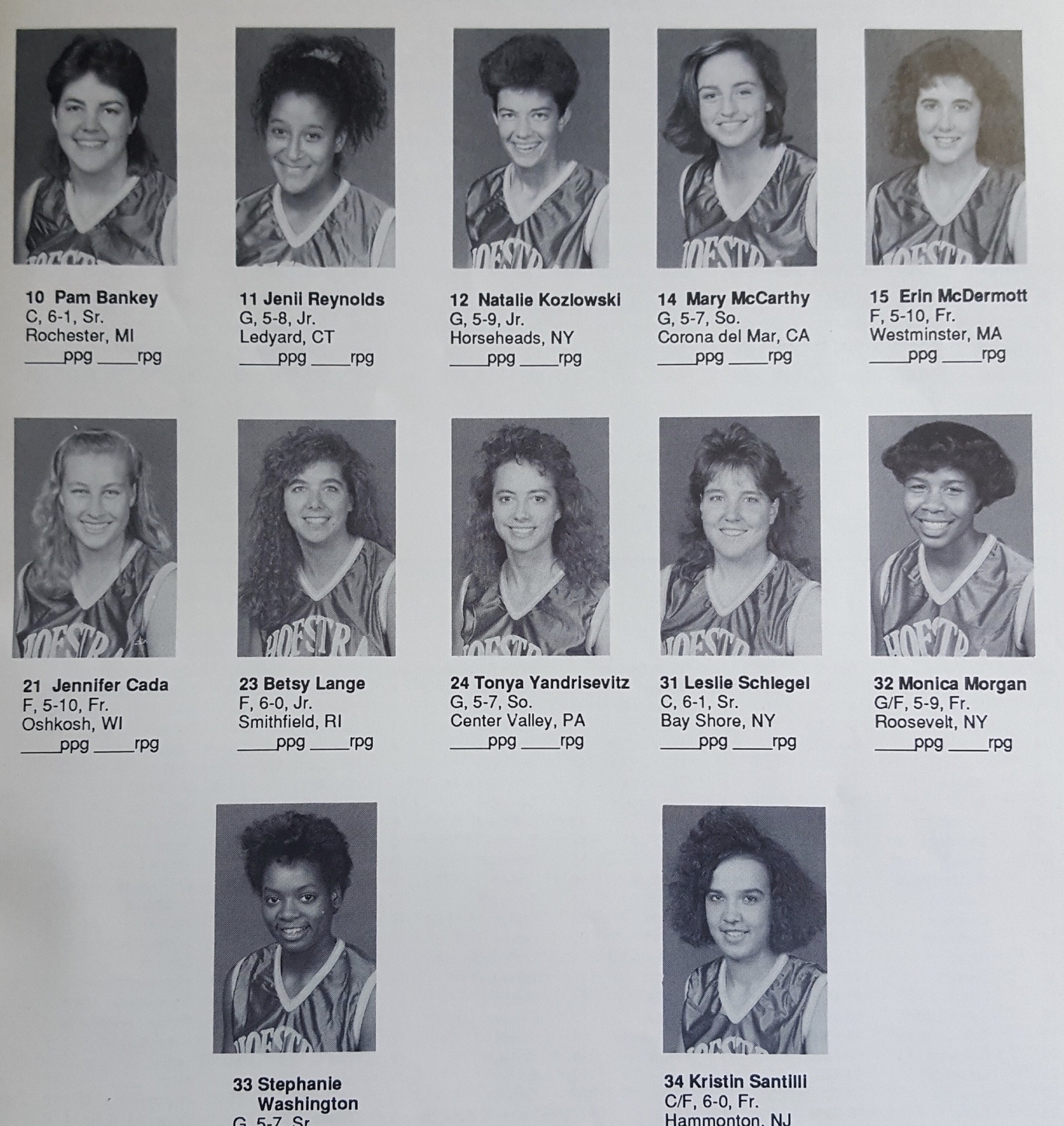 Before a long career in athletics administration, Harvard athletic director Erin McDermott (top right) played Division I basketball at Hofstra, establishing a presence in the paint as a forward and center. By Courtesy of Jenii Robinson

During her sophomore year season, McDermott averaged 5 points and 5 rebounds per game.

Some of her most valuable contributions to the team, however, appeared beyond any box scores, through her work ethic and attitude.

Robinson said McDermott’s hustle and demeanor as a freshman stood out to her.

“I was always struck with how very mature she was. Even as a freshman, just wanting to come in, work hard, had a positive attitude,” she said. “But a good balance too because she was always a lot of fun.”

Robinson said she and McDermott both have a “really big laugh,” which they nicknamed “the cackle.”

Robinson explained that McDermott’s high spirits played a vital role for the team, which went through a dry spell in the early 90s and struggled to win games until McDermott’s senior season, when the team earned an above .500 winning record and made it to the semifinals of the conference playoffs, according to then-head coach Leslie Danowski.

“It was really important to have players who were on the team that were not only committed to working hard and rebuilding but just have a positive outlook because it was really tough going,” Robinson said. “And Erin had that.”

Tonya Donnelly, who also played with McDermott at Hofstra, said McDermott was a compassionate teammate.

Danowski, who both played with and coached McDermott at Hofstra, said she was an approachable leader.

“Erin, I think, tackled everything the same way,” she said. “She was a great teammate. She was a great leader. Any of the kids could go to her — as a player and as a coach I can say that on both sides.”

Donnelly also said McDermott, who was a bridesmaid at her wedding, brought that same level of empathy and commitment to her life off the basketball court.

“She knew what was important to her, and she knew that you had to put in effort to get back, whether that was basketball, academics, or friendships,” Donnelly said. “She was always there to lend an ear or provide her opinion or advice on how to handle a situation.”

Having worked with her on the basketball court, Robinson offered insight into what McDermott’s leadership style as Director of Harvard Athletics may look like.

“She has a way of bringing people together. People want to be around her because she’s very positive and — no pushover — but she’s very fair,” Robinson said. “But she'll expect excellence, and she'll expect hard work.”

“That tenacity that she had as an athlete will serve her well as she goes forward,” Robinson added.